Phys Ed Teachers Get Their Dancing Shoes On 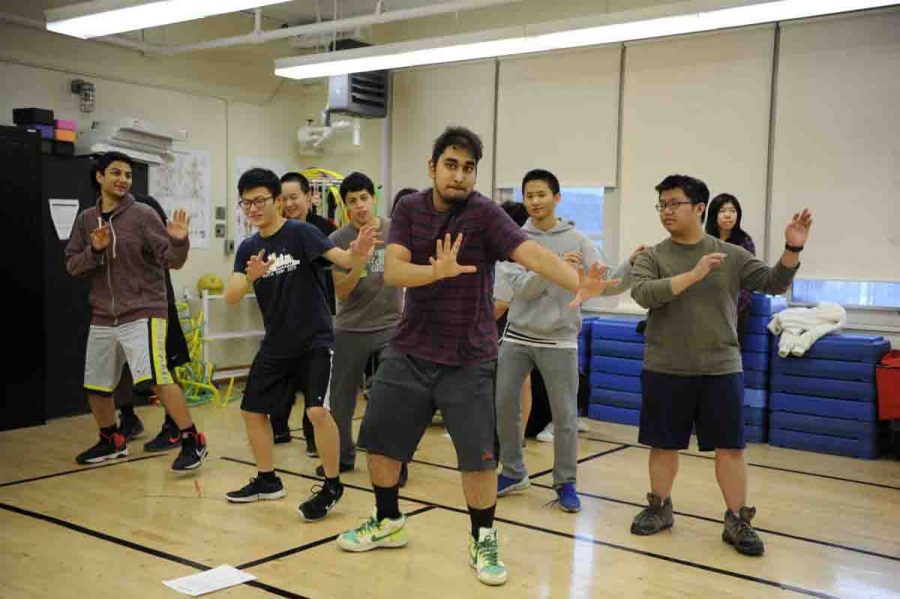 Physical Education teachers, Marion Dietrich and Christopher Dahlem have recently embraced the fun side of exercising by implementing the units BollyX Dancing (Bollywood-inspired dance-fitness routine) and Square Dancing (a style of partner dancing) to the curriculum, respectively.

Both teachers enjoy teaching the origins of different dance forms. Ms. Dietrich and Mr. Dahlem both see it as a way for students to immerse themselves not just physically, but emotionally, into the dances themselves.

“Before we start dancing BollyX, we talk about the differences between the dance styles in regards to origin, background and focus, because I think it is not only interesting, but also important to know about the heritage,” said, Ms. Dietrich, who is teaching Bhangra, Western Folk and Bollywood steps in her BollyX Phys Ed unit.

Along with its origins, language, and expressions, music is a key component of BollyX dancing. Ms. Dietrich currently uses songs that are common among the BollyX community, which contribute to the various dance forms and steps. However, she also said that she is open to suggestions from students.

“Square dancing is listening to commands and performing them. Anyone can square dance; it is just a matter of learning the appropriate dance moves that correspond to what the ‘caller’ is saying,” said Mr. Dahlem, who hopes to start the unit in the spring.

Despite its popularity in the real world and within the halls of Bronx Science, not everyone is fond of dancing. Ms. Dietrich has made BollyX a more flexible unit by allowing students to lead and assist in the choreography. “I really liked how I was able to choreograph a small dance using very simple moves that looked really good together, as well as freely express myself with the moves and that you could add your own flair to it,” said Geevanesam Devakanmalai ’17, who took advantage of both dancing and choreographing throughout the unit.

For those questioning BollyX’s place in Physical Education, Ms. Dietrich notes that, “Dancing gets the heart pumping and the blood flowing. It is a fun way of working on cardiovascular endurance, and not everybody enjoys playing basketball.”

“This unit is not much different other than the fact that it’s not exactly a sport. If you actually dance, you would know that it is just as physically active as any other sport. Mentally, however, you need to have a rhythm and move to the beat instead of robotically moving off the music,” said Devakanmalai. Ms. Dietrich hopes that students will learn to step outside of their comfort zone by participating in this unit.

“BollyX is an enjoyable dance movement, and it gives everyone the freedom to truly express themselves,” said Dietrich.