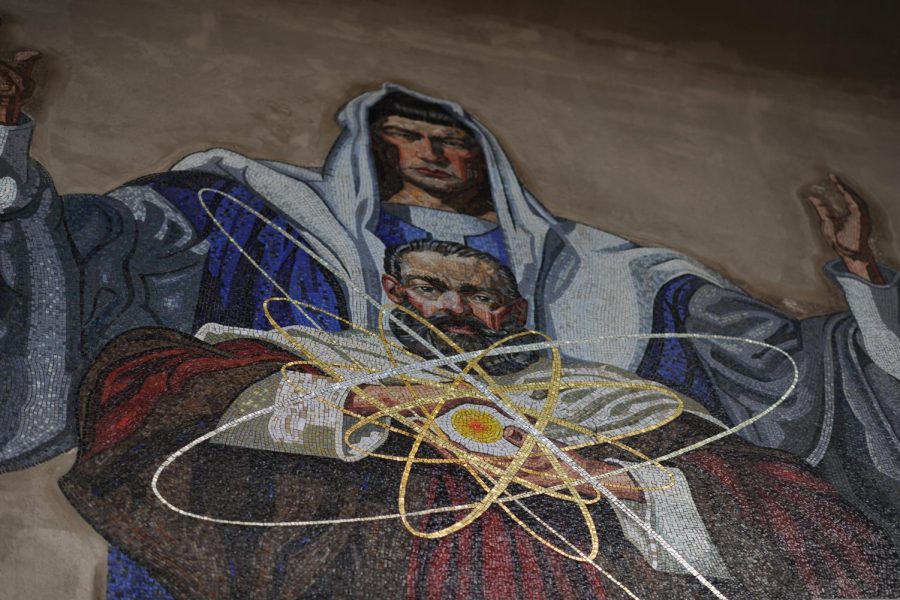 Two general figures who represent the fields of science and knowledge.