Since reopening, crime rates in the ‘Big Apple’ have taken a turn. The question: is this the new normal, and if not, how can this problem be addressed? 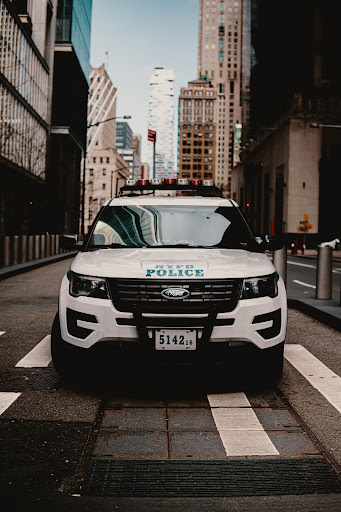 Is employing more police on the streets and subways of New York City an effective means of bringing down the crime rate?

As New York has reopened over the last months, millions have finally started to return to their pre-pandemic lives, even though the COVID-19 pandemic is still very much a part of our lives. The great reopening has come with a cost, though — an unprecedented rise in violent crime.

Entering lockdown when the COVID-19 pandemic came into full swing was one of the fastest major upheavals in New York’s lengthy history. Just as impactful, however, was the end of the lockdown, as millions of people started quickly returning to their daily routines.

Somewhere in the excitement of opening back up, a deadly trend started — a precipitous rise in criminal activity. The NYPD’s statistics have shown a massive increase in violent crime of 35% in the last two years, including a 41.5% rise in robberies and 43.5% more grand larceny. This comes alongside some of the worst individual cases of violence the city has seen years.

The most shocking of these cases occurred on April 12th, 2022. During the morning commute, a gunman opened fire on the N train after dropping a smoke bomb. While no one was killed, the event highlighted the real dangers posed for New Yorkers using public transit.

The incident took place despite an increase in security, which was due to an ongoing wave of anti-Asian hate crimes that included the fatal pushing of Michelle Go. New York’s Asian community has been hit especially hard by the rise in crime, with hate crimes up an unprecedented 342% from 2020-2021.

With all different types of violent crime on the rise, it is crucial to find the cause of the recent spike. One of the primary issues in the city is the ease with which residents —including teenagers — are able to get their hands on firearms.

Richard Aborn, president of the New York Citizens Crime Commission told ABC7, “The age at which somebody first picks up a gun is getting younger,” which he in large part attributed to the ‘iron pipeline.’ This refers to the illegal trafficking of firearms through the interstate I95, which allows sellers to bring weapons from southern states with much more lax gun laws into New York.

Data collected from 2010 to 2015 showed that over 86% of guns in New York come in from other states, with many of these being through the iron pipeline. Policymakers including New York State Governor Kathy Hochul have pointed to this as a critical battle in lowering violent crime, while others (typically more conservative) have suggested that criminal justice policies like bail reform are at fault for the rise in crime.

While significant, illegal firearms are by no means the only cause of New York’s crime woes. The issue goes much deeper and connects fundamentally to the city’s struggles with joblessness and homelessness. These factors, both magnified by the pandemic, have played a huge role in crime across the nation, in both Democratic and Republican cities.

Though, in New York specifically, the connections are clear. After all, it’s not a coincidence that so much crime has been concentrated in the subway, where many homeless are forced to camp in the absence of supportive housing and mental health treatment. This in particular could worsen as the mayor moves to get rid of homeless encampments and shelters remain, in many cases, unsafe.

So, how is the city responding? Well, thus far, the answer is a mix of tough-on-crime policies likely aimed to bring in short term results, and long term expansions of support to deal with underlying issues. The former has forced Mayor Adams to walk a thin line, easing New Yorkers’ concerns without risking controversy by bringing back the over-policing of Black and Hispanic communities.

This has manifested as an expansion of support for the mentally ill and homeless, juxtaposed against Adams’ tough-on-crime policies that critics view as a return to controversial policies. Included here are the reinstatement of the anti-gun unit, which initially came under scrutiny due to its combination of plainclothes targeting ‘suspicious’ civilians, a very vague term that has drawn much scrutiny for being unevenly applied to Black and Hispanic New Yorkers, which led to a slew of complaints and even fatal shootings.

While crime rates may remain volatile as people adjust more to the post-COVID world, they could very well stay higher than they once were. As a result, it is crucial for New Yorkers to be careful, especially when they opt to use public transportation, or walk the streets at night.
As New York has reopened over the last months, millions have finally started to return to their pre-pandemic lives, even though the COVID-19 pandemic is still very much a part of our lives. The great reopening has come with a cost, though — an unprecedented rise in violent crime.