A phenomenon known as “Kids Getting Older Younger” is seemingly metamorphosing today’s children into an unrecognizable, older-behaving generation. 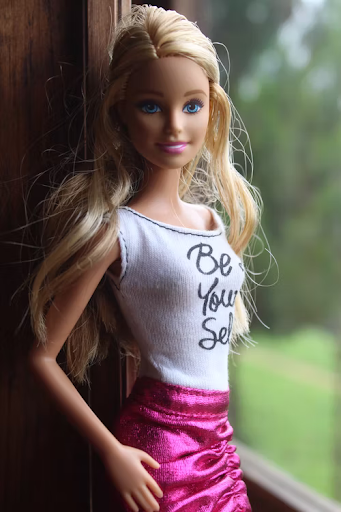 Marketers have actively altered the demographic and the way in which they advertise their products to take advantage of a new and more impressionable than ever audience.

Millions worldwide have heard the phrase, but few have taken the time to look at the advertisement with a more critical eye. It is only with close observation that one can truly recognize its dark side.

A growing theory in the marketing world, called “Kids Getting Older Younger,” or KGOY, explains the dark psychological impacts of marketing slogans like the notorious Barbie song. KGOY involves the study of products being marketed towards younger children and adolescents and concerns over how, by consuming these products, these younger individuals are attempting to mimic or emulate the behavior of older age groups. Colloquially, it is the theory that younger kids just want to act older.

The first step in understanding KGOY is to understand the term “modeling,” as used in psychology. According to the American Psychological Association, modeling is “a technique used in cognitive behavior therapy and behavior therapy in which learning occurs through observation and imitation alone, without comment or reinforcement” or “the process in which one or more individuals or other entities serve as examples (models) that a child will emulate.” In other words, children learn certain behaviors by “modeling” those behaviors from others in their surroundings.

One of the most famous psychological experiments that asserted this theory was the Bobo Doll experiment. Led by Albert Bandura, the experiment tested young children who watched a video of an actor committing aggressive acts towards a Bobo doll. After watching the video, Bandura observed the children’s behavior and collected conclusive data that asserted that children learn through observation modeled by others.

Another example of KGOY is the advertising of the popular brand Lip Smacker. The company has existed since the mid-1970s and the metamorphosis of its marketing is astounding. From the 1970s to the 1990s, the advertisements primarily depicted older women; however, over time, there appeared more children and bright colors, a bid to draw in younger consumers with products intended for adults.

Where do we see it today?

Take vaporizers, or “vapes,” informally. Originally intended to aid individuals in quitting smoking, they are now commonly used in social settings among younger individuals as a replacement for cigarettes, with a slew of their own negative health effects.

Companies marketed vapes as less harmful than cigarettes, a depiction that appeals to a demographic of more than just smokers. It has attracted complete non-smokers and looped them into a cycle of addiction. Not only are the nicotine and other alternative substances in vapes fueling this addiction, but they are causing organ damage as well: vapes release particles into the lungs that can cause lung disease, cardiovascular damage, and even cancer.

Bright colors and enticing flavors are used by vape marketers to continue attracting a young customer base. A growing culture around these devices has contributed to an alarming statistic: two times as many younger individuals who tried a flavored e-cigarette will still be vaping a year later, compared to those who first try a tobacco-flavored vape. The glitzy marketing has quickly reached younger demographics, and many have become trapped in a cycle of addiction, a far cry from the product’s original purpose.

To bring this issue back to KGOY, companies are taking advantage of the behavioral tendency of children attempting to imitate their older counterparts and hooking a generation of consumers that will continue to crave their products for decades to come.

Similarly, a marketer at General Mills, the renowned cereal box Unites States based food company, stated, “When it comes to targeting kid consumers, we at General Mills follow the Procter & Gamble model of ‘cradle to grave.’ . . . We believe in getting them early and having them for life.”

The most widely cited example related to this phenomenon is Barbie dolls.

For decades, Barbie has been a household name, but what many don’t know is that Barbie wasn’t always associated with innocent connotations. When first introduced, Barbie dolls were marketed towards tween girls aged 9-12, considerably older than the Barbie-using demographic today. The ideals and image that Barbie represented were much more mature — so mature in fact, that many parents were extremely against Barbies.

Lack of representation has an expansive effect on individuals, especially on young, impressionable children. When they see a behavior or standard set, they are likely to imitate it, as discussed earlier. This can include perpetuating harmful habits and a negative self-image.

There are both potential harms and benefits associated with children attempting to emulate the behaviors of older groups and their maturity.

On the positive side, the impressionability of these audiences could be used to their advantage. Though likely to be exploited by large companies, there is still the chance that older individuals attempting to promote increasingly positive behaviors will influence younger audiences to adopt these behaviors, if not only for their intrinsic motivation.

On the negative side — other than the dangers of vape marketing, as previously discussed — KGOY can lead to behaviors that seemingly “speed up” childhood development, as children want to continually be seen and act older. In a discussion of the topic, Nora Sissenich ’23 remarked, “there’s more pressure on girls to be attractive from a young age. This seems to be very clear on social media. It is extremely pervasive.”

Kids getting older younger may not seem inherently detrimental, but coupled with companies’ desires to exploit children out of their financial greed, childhood for our posterity could continue to seemingly dwindle. Growing acknowledgment of the matter could be the first step in reversing this trend.
To bring this issue back to KGOY, companies are taking advantage of the behavioral tendency of children attempting to imitate their older counterparts and hooking a generation of consumers that will continue to crave their products for decades to come.