Why We Don’t Say What We Mean: An Analysis of Idioms

Every cloud has a silver lining -- it’s worth wondering, why do we use idioms? 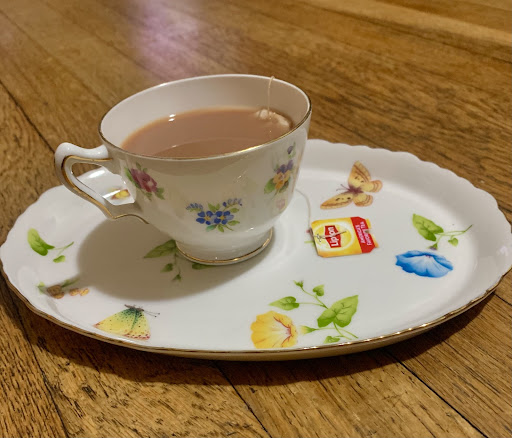 Whether or not idioms are your cup of tea, their presence in language cannot be overlooked.

One fascinating facet of communication is the use of idioms — every language has its own share of peculiar expressions with commonly accepted interpretations that differ from their literal definitions. Some idioms are fairly straightforward. “Your guess is as good as mine” is a roundabout way of saying “I have no idea” because, presumably, neither the asker nor the person being asked has enough information to make any worthwhile guesses.

Other expressions are a bit more bizarre. For example, if someone asks you to “spill the beans,” they are likely asking you to disclose a secret. If you’re confused about the correlation between spilling beans and telling secrets, you are not alone. In fact, linguists have not pinpointed a specific origin of the phrase. There are several plausible theories: one common explanation has roots in ancient Greece, when different colored beans were dropped in jars to cast votes. The results of the poll could be exposed by knocking over, or spilling, the contents of the jars. However, this story should be taken with a grain of salt, seeing as the saying is American and not Greek, and was first documented in the June 1908 edition of The Stevens Point Journal.

Alternatively, linguists believe that the verb “spill” was used as a synonym of the phrase “to let out” because the phrase “to spill blood” was used in the fourteenth century. From there, the definition evolved to include letting out, or divulging, information and secrets. It remains unclear why beans are the chosen item to spill. A precise explanation is difficult to determine because people can only hypothesize based on existing documentation and word of mouth.

Like “spill the beans,” many other idioms fall into a gray zone of ambiguous origin; theories exist, but it’s impossible to say for certain if they are accurate. “Turn a blind eye” is often said to have been uttered in 1801 by Admiral Horatio Nelson, who supposedly held a telescope to his glass eye as an excuse to ignore a withdrawal order. However, Francis Lathom’s Men and Manners, published a year before Nelson’s battle, also contains the phrase.

So, why do idioms remain in the public vernacular long after their origins have been forgotten? Why do people insist on using expressions that can be downright confusing at first glance?

A simple answer to this question does not exist, but it comes down to a few key factors.

“When enough people in a country know an idiom, it becomes part of the language, because it [is] as much a regular form of communication as literal spoken word,” said Thaddeus Jones ’25. Many idioms have existed for centuries and evolved over long periods of time, giving people ample opportunity to integrate them into their daily vocabulary. As time trudges on, the original reasons behind the expressions may be lost, but their meanings endure through generations.

Idioms have also developed as modes of concisely conveying specific tones and sentiments. “I think idioms add a different energy to whatever you’re saying,” Noah Horn ’23 said. These tonal differences are especially important when the expressions are written, since writers cannot rely on verbal cues in order to indicate tone.

Even if the idiom is wordier overall, it does not require further clarification for the reader to understand exactly what the writer is trying to convey. It is a simpler and more effective way of expressing oneself.

Since a desire to express oneself is not limited to one particular group of people, idioms can be found worldwide in every language. However, while the existence of idioms may be universal, the use of many idioms is specific to the culture or history of the people who came up with them.

In the Tagalog language, when something is taking a long time, it is common to say “aabutan ng siyam siyam,” which literally translates to “it will take nine nine.” It refers to a weather pattern of prolonged rains in the Philippines that is believed to last nine days and nine nights. Obviously, it would not make sense for this to be a common figure of speech in America since this weather pattern does not occur here, but the approximate English equivalent to this would be to say something is “taking forever.”

Even within a single language, geographic variation of idioms exists. In America, you might never hear someone say something has lasted “for donkey’s years” — which means something has been around for a long time, or that a person is “away with the fairies” — which describes a scatterbrained or oblivious person. However, there is a fair chance you would encounter these idiomatic phrases during a trip to Ireland or England.

Regardless of their origins, all idioms have their own charm. “They give you a new, creative way to express yourself,” said Grace Lin ’23. People enjoy having a myriad of ways to express themselves and their ideas, and as such, these eclectic and eccentric sayings persist as staples of language and expression.
“When enough people in a country know an idiom, it becomes part of the language, because it [is] as much a regular form of communication as literal spoken word,” said Thaddeus Jones ’25.