Why Is Everything So Expensive Now? 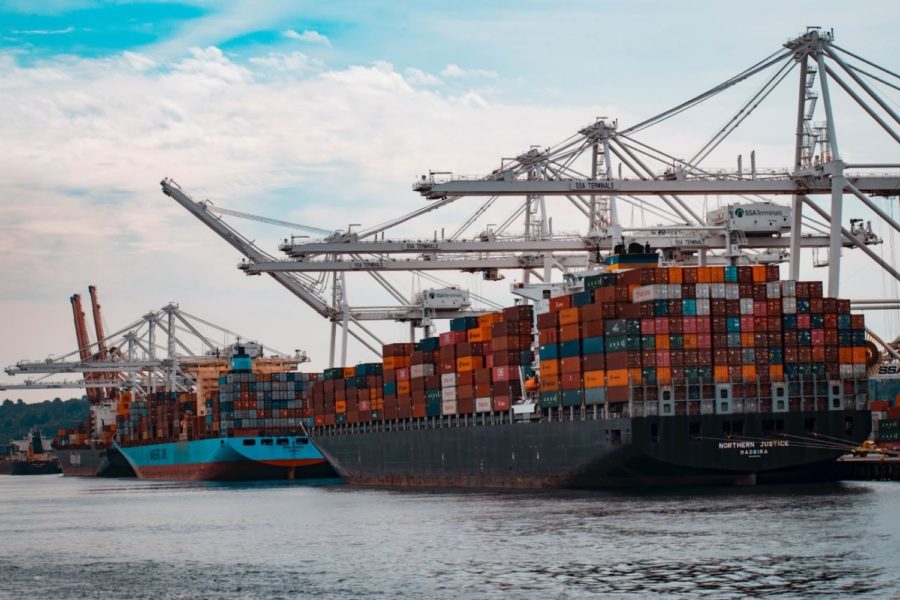 On Sept. 19th, 2021, there were around 70 ships circling L.A. ports, waiting to unload their containers.

2021 has certainly been a tumultuous year, and inflation is nothing short of this pattern. As of December 2021, the U.S. inflation index is 7.0%, which is significantly higher than that of Europe’s (around 2%).

In mid-2020, most of the world was cooped up in quarantine due to the Coronavirus pandemic, with the closing of stores and the subsequent loss of jobs jostling the American economy. Disinfectant and toilet paper prices rose sky-high. On the other hand, prices for gasoline, cars, mortgage rates, and consumer goods plummeted.

People also began to apply for unemployment assistance programs, such as the CARES Act. Beginning in March 2020, the CARES Act gave an extra $600 to eligible persons. After it ended on July 31st, 2020, Biden’s American Rescue Plan extended the benefits, but the weekly payment was lowered to $300. The plan recently expired over a year later in September 2021.

For the next year and a half, the economy slowly adjusted to the circumstances. Now, online shopping is very commonplace, and sales for both essential and nonessential consumer goods have been spiking. In times of stress (and boredom), people tend to shop more impulsively.

People have argued that unemployment benefits contributed to the worker shortage. Some people have stayed unemployed because collecting unemployment is actually higher than their usual salary.  A study found that workers who made less than $32,000 – half of the median national income – were likely to stay unemployed. While unemployment benefits are a contributing factor, for many workers, there is also the question of childcare and safety.

The pandemic forced many daycare centers to shut down. During quarantine (and remote learning), an estimated 440,000 mothers quit their jobs to take care of their children. The pandemic has worsened the worker shortages in the childcare industry. Now, thousands of mothers cannot find a daycare center, and have to stay at home to look after their children.

Moreover, many people remain out of the workforce due to fear of COVID-19. When COVID-19 cases rose, so did unemployment in restaurants.

In an effort to entice workers to come back, many companies have been raising their wages. However, that could lead to higher prices – especially for small businesses, like restaurants.

Yueyang Dong ’23 said, “I have noticed a visible increase in the pricing of restaurant entrees as of late.”

Only 199,000 jobs were added in December 2021 as compared to the 249,000 jobs added in November 2021. However, this decrease in job growth is accompanied by an 0.3% decrease in unemployment and 0.6% increase in wage growth. This combination implies that workers are getting jobs, but there are still fewer workers on the scene than expected.

However, it is important to note that these wage growths are being countered by inflation. For instance, from January 2020 to October 2021, Amazon increased their workers’ wages by 17%, but in reality, factoring in inflation, the wage growth was only 10%. Even so, Amazon’s wage growths are on the higher end of the stick compared to other companies.

There are many workers who are struggling with inflation because their wage increases, if any, are again overshadowed by inflation.

A cause of the inflation may also be the shortage of goods, as less supply and high demand will create higher prices. Many overseas goods are also stuck in container ships at the Los Angeles ports. Since Winter of 2020, there has been heavy traffic at the two L.A. ports – the Port of Los Angeles and the Port of Long Beach – meaning that numerous ships holding hundreds of 20 x 8 feet containers are waiting to unload.

The worker shortage has also hit the trucking industry; so even when the ships are able to unload, it may take weeks to find a driver to transport those goods across the country.

One example of this is the Bronx Science school planners for 2021-2022: “This year, the planner was submitted for printing in July. We usually get it a month later, but it was printed in China this year, and it was stuck in a shipping container for many months. It finally arrived in the port of Los Angeles, and then it took a long time to find a trucker to ship it from Los Angeles to New York City,” said Mr. Thorp, English teacher, who oversees the printing process for the school’s planners. The planners arrived several weeks after the start of the school year, due to these ongoing supply chain and distribution problems caused by the Coronavirus pandemic.

Car manufacturers are experiencing a shortage of computer chips, which are necessary for the car to function.

As workplaces begin to open up, more people are choosing to drive to work by themselves rather than taking public transit or carpooling, creating higher demand for cars and gasoline. Since fewer cars can be manufactured, more people are turning to used-car options.

The notorious post-quarantine gas prices have also been on the rise.  After prices crashed at the start of quarantine, supply is struggling to keep up with the demand. Delays in restoring the oil-pumping rate back to its pre-pandemic rate has been limiting supply.

Orithri Ehsan ’24 said, “Gas prices have gone up, and it doesn’t look like prices are coming down any time soon, and that makes me (and my family) unable to go on trips or long drives as often as we like to.”

Hyperinflation in the setting of a post-quarantine economy is an unfamiliar terrain. Moreover, many of these issues are convoluted. With the rise of new COVID-19 variants such as Omicron, and wage growths along with rising cost of living, many factors can affect one another. This year’s hyperinflation is an ongoing issue and may take a number of different routes before recovery.
Orithri Ehsan ’24 said, “Gas prices have gone up, and it doesn’t look like prices are coming down any time soon, and that makes me (and my family) unable to go on trips or long drives as often as we like to.”