What Biden’s Infrastructure Bill Has in Store For the MTA

Out of the 1.2 trillion dollars dedicated to improving America’s infrastructure, the MTA will receive as much as $10.7 billion dollars in funding in order to improve subways, buses, and commuter rails. 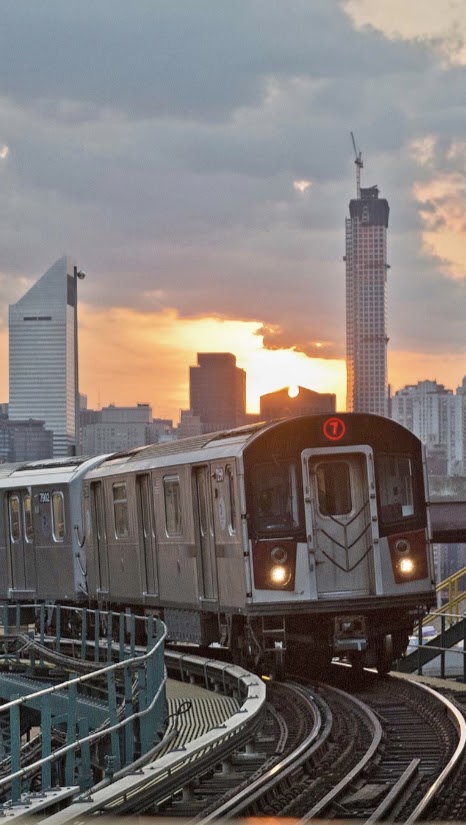 The Number 7 train is one of New York’s busiest subway lines, serving heavily trafficked stations such as Times Square 42nd Street and Flushing Main Street, and consequently, it is a key subway line that connects Queens to Manhattan.

New York City’s Metropolitan Transportation Authority (MTA) system is one of the largest public transportation agencies in North America and one of the largest in the world. Pre-pandemic, in 2020, the subway had a daily ridership of approximately 2 million and an annual ridership of roughly 640 million. However, due to the onset of the COVID-19 pandemic beginning in March 2020 and continuing to this day, ridership levels have decreased roughly 40-50 percent. This has caused the MTA to lose a lot of money, which could potentially lead them to increase fare costs.

Most New Yorkers rely on the MTA as a cheaper and more effective alternative to driving because of the high cost of parking and immense amounts of traffic. However, many riders complain of issues such as inaccessibility to train stations, sanitation, operating problems, and the threat of rising fares, which is ultimately what is leading to this mass decrease in ridership and the rising popularity of  commuting by car.

President Biden’s Infrastructure Bill, which he recently passed on November 15th, 2021, approves of the revamp of transportation, utilities, and broadband across the country. For a country with leading global rankings in economics, military size, and standard of living, the United States falls behind in global infrastructure rankings, at a disappointing 13th place. China, Singapore, Korea, and Switzerland all beat the U.S. when it comes to train transportation, because the trains in the U.S. are so much slower and don’t utilize high-speed rail technology. The Biden Administration recognizes this, and it is dedicated to ensuring the nation’s global competitiveness in transportation, investing billions in an effort to boast America’s excellence and improve the quality of life.

The MTA is set to receive a hefty cut of the $550 billion dollars of the bill that will go towards improving transit infrastructure nationwide. $10.7 Million, almost 2 percent of this bill, will give the MTA the resources needed to finally get around to completing long put off projects, such as an East Harlem extension of the Second Avenue subway, the fixing of signaling errors, accessibility upgrades at stations, and the purchasing of more electric buses. This funding will help to execute the MTA’s 2020-2024 Capital program,  which includes $54.8 billion of investments in transportation improvements.

This funding gives hope to New Yorkers who are looking to return to pre pandemic use of public transit— people who hope to see real changes in the transportation system here in New York.

Bryce Zampty-Hicks ‘22 commutes from Southeast Queens for hours every day on public transportation to get to school at Bronx Science.

Andrew Bello ’22 sees the transit system in New York City as unreliable and unpredictable, especially in light of the current COVID-19 pandemic.

“The subway train is often late, unsanitary, or very crowded, which usually discourages people from utilizing public transportation here in New York. Now, people are more worried about social distancing and being able to get where they need to go as fast as possible, and I think that’s why people gravitate so much to riding in cars currently,” Bello said.

The MTA’s Capital Plan encompasses all of the solutions needed in order to gain back the trust of New Yorkers, including improved reliability, faster travel times, expanded network capacity to more communities, and reduced crowding. Connecting communities is one of its key goals, which is why completing the Second Avenue subway line is so important.

The Second Avenue subway was originally proposed in 1920 as part of a massive expansion of the subway system. The line runs on the East Side of Manhattan, and the first phase of the line was finally executed in 2007 with the opening of subway stations at 96th Street, 86th Street, and 72nd Street; all currently run through the Q line. Phase 2 includes creating additional stops between 96th Street and 125th Street in East Harlem, and this is expected to open by 2027-2029 thanks to funding from the Infrastructure Bill. The third phase includes extending the line south below 72nd Street from Harlem to Houston Street, and a new T train will go across the entire line. The fourth phase extends from Houston Street to Hanover Square, creating a subway line that will easily connect East Harlem to the rest of the city.

There is much to look forward to in light of the infrastructure bill that was recently passed, and now more than ever, New York City has the ability to modernize in order to set a global standard of excellence in infrastructure.

“With the implementation of President Biden’s Infrastructure bill, I am most excited to see faster and improved subway signaling, which will help to restore the subway’s former glory,” said Avery Pratt ’22.
There is much to look forward to in light of the infrastructure bill that was recently passed, and now more than ever, New York City has the ability to modernize in order to set a global standard of excellence in infrastructure.