The Metaverse: Combining Technology with Reality 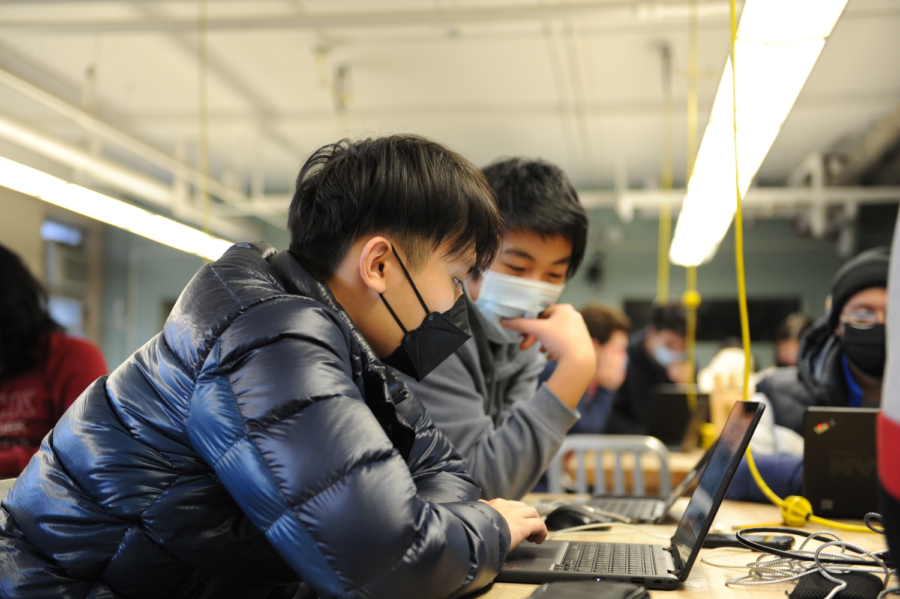 Virtual reality has become one of technology’s hottest topics. Companies, ranging from Meta, Microsoft, Sony, Epic Games, and Disney, have all announced future plans to introduce the metaverse into their products.

On October 28th, 2021, the Chief Executive Officer of Facebook, Mark Zuckerberg, announced that Facebook was changing its name to “Meta.” The retitling of the popular social media company is in an effort to rebrand the company in order to encompass more than just social media but the metaverse itself.

Imagine attending a concert without having to leave your home. No, I do not mean watching it through your computer screen on Zoom, but being there virtually, fully immersed as if you were there in person —  a concert in the metaverse.

The metaverse describes a hypothetical idea of the Internet as a 3-D virtual reality – what some predict to be the “successor to the mobile internet.” While Zuckerberg’s announcement put the concept of the metaverse at the forefront of technology talks today, the idea of a virtual universe has been around since the late 1990s.

In 1992, Neal Stephenson coined the term “metaverse” to describe the virtual reality setting of his science-fiction novel Snow Crash, where he built the plot around a future in which people used online interaction through digital characters as a way to distract themselves from reality.

Similarly, Ernest Cline’s science-fiction novel Ready Player One and its 2018 movie adaptation of the same name also poses the metaverse as a means of escaping reality. Like Stephenson’s novel, Cline’s 2011 novel depicts the world in 2045 where people escape the world’s environmental and economic issues by playing in the OASIS, Cline’s version of the metaverse.

Some see these novels as exaggerations of what is to come. Ludmilla Pajo ’22, who read Stephenson’s Snow Crash, said, “I do think the metaverse itself could become a reality, but I don’t think the dystopia that Stephenson describes would necessarily follow. Just programming a virtual or augmented reality platform and putting it online is definitely feasible, given the technology we have today.  It’s probably just going to be another Instagram or Twitter.”

The metaverse has grown to prominence in the gaming industry as well. In 2003, Philip Rosedale and his company Linden Lab created Second Life, a game that resembles the “metaverse” that Stephenson and Cline wrote about in their novels.

Just like the science-fiction characters, users of the game can log on and interact with each other through an online interface. They can also go to school, attend concerts, buy clothes, and do almost everything that can be done in the real world. While it garnered more than one million monthly users in the early 2010s, the game has since lost its popularity with a total of half a million monthly users in 2018.

Despite the many fictional representations of the metaverse today, the world’s real plans for creating a completely virtual universe seem unclear. Meta and other companies trying to get involved in the so-called “future of the Internet,” including Microsoft and Sony, have many logistics to figure out before we can fully see the worlds we read about in those dystopian novels — not that the world does not already contain hints of such a future.

Propelled by rapid advancement in technology and the COVID-19 pandemic, the Internet is being molded into a metaverse as we speak. In his blog GatesNotes, Bill Gates, the co-founder of Microsoft, said, “People shouldn’t assume that the quality of the software that lets you have virtual experiences will stay the same. The acceleration of innovation is just starting.”

In 1968, Ivan Sutherland and Bob Sproull created the first virtual reality headset called The Sword of Damocles, which never left the lab because of its clunkiness and its inflexibility.  While The Sword of Damocles only served as computer hardware to track the motion of the user’s eyes, the head-mount provided the vision for the virtual reality system.  Since then, the headset, and virtual reality in general, have experienced a host of improvements from a sleeker design to finer graphics, like those displayed in Facebook Technologies’s 2019 Oculus Quest.

In the past year alone, there have even been virtual concerts and virtual weddings.  Epic Games, an American video game company, hosted virtual concerts for popular artists Ariana Grande and Travis Scott, where digital versions of the singers performed short, animated sets for its audiences.  Many have become so comfortable in the metaverse that Traci and Dave Gagnon went so far as to hold a wedding ceremony in the metaverse after initially meeting each other during a virtual company event (even though the wedding was not legal).

Because of its growing success, some predict a potential $30 trillion metaverse market. But others are doubtful of the positives that can come out of a virtual universe. They take issue with technological addiction and an escalation of the existing problems on the Internet. They note that an expansion of the Internet allows for more opportunity for malicious-intentioned users to cyberbully, misinform, and hack others, problems for which no social media company is immune.

Critics are also worried the metaverse will only be inclusive of the small portion of the world population with the means to purchase the technologies required to participate, namely virtual reality headsets and fast, reliable internet. As Jack Hankin ’22, an avid technology user, said, “$300, the cost of the Oculus Quest 2, is too much for most people and their friends to spend on a nonessential tech item.”

Whichever side one may stand, for or against, all must be prepared for the growth of the metaverse as it is the next technological goal of Zuckerberg and many other influential companies of today.
“Just programming a virtual or augmented reality platform and putting it online is definitely feasible given the technology we have today.  It’s probably just going to be another Instagram or Twitter,” said Ludmilla Pajo ’22.