The Recent Elections Present a Clear Message: Democrats Are On Thin Ice

Following underwhelming performances in this year’s key races, Democrats are beginning to realize that their hopes in this year’s November 2022 midterms are dim, as the party’s recent failures have left them scrambling. 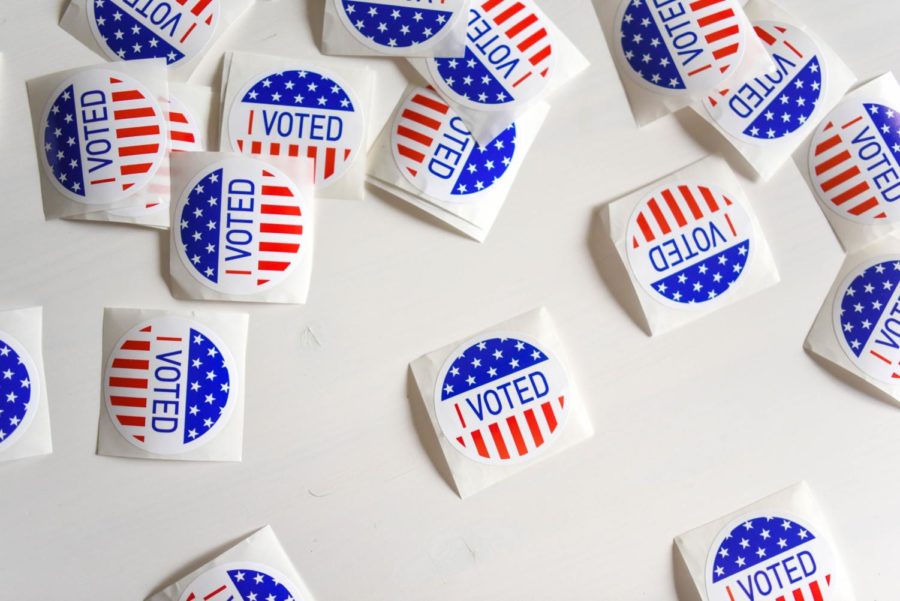 In the November 2021 elections, Democrats lost crucial races across the nation, and fear that without high voter turnout, a ripple effect will lead to disastrous performances in the upcoming November 2022 midterms as well.

After Jon Ossoff and Raphael Warnock won big in Georgia and captured the Senate Majority for Democrats in early January 2021, the party’s ambitions were higher than ever. A year later in January 2022, the tides have turned with the party reeling from recent catastrophic defeats.

Recently, in November 2021, Democrats suffered massive losses across the nation while Republicans took advantage of a skewed electorate and President Biden’s low approval ratings. The Republican party won races across the ballot, knocking out Democrats left and right. Even in races that favored Democrats, Republican candidates closed the gap, to the bewilderment of their opponents. If Democrats were not expecting these disastrous performances, the party should be prepared; this year’s midterms in November 2022 likely won’t be any better.

The races that most pundits closely watched were in Virginia, a state that President Biden won by over 10 points. Once a solidly red state, Virginia has quickly trended leftward due to the growth of the suburbs around Washington DC and increased voter turnout among minorities. The state had not elected a Republican to a statewide office since 2009, but after seeing an opening this year, the party jumped on the opportunity.

The governor’s race, which was by far the most crucial of the three statewide races on the ballot, was closely watched and analyzed for months. The race pitted former Democratic Governor Terry McAuliffe against Republican businessman Glenn Youngkin, the former CEO of a multinational private equity fund. Many experts presumed that McAuliffe would reign victorious as he is a well-known Democratic figure in the state. However, Democrats severely underestimated the opposition’s enthusiasm and, coupled with McAuliffe’s poorly run campaign and increasing hostility towards a Democratic White House, Youngkin narrowly emerged the victor.

In the lieutenant governor’s race, Republican Winsome Sears defeated State Delegate Hala Ayala. Sears, a former state delegate and army veteran, is the first woman and second person of color elected to the post, following the current lieutenant governor, Justin Fairfax. Sears has been called a very conservative Republican by many insiders and news outlets, and with her victory, Democrats are beginning to sweat.

To make matters worse, Democrats also lost the Attorney General’s race as incumbent Democrat Mark Herring fell to State Delegate Jason Miyares, who will become the first Hispanic Attorney General of the state. Democrats also lost control of the Virginia House of Delegates, a chamber they gained for the first time in decades only two years ago. Their losses came in communities where they had previously made massive gains, such as Virginia Beach and the Richmond suburbs.

Democratic losses in the House of Delegates corresponded greatly with McAuliffe’s weak performance in the Governor’s race. Youngkin won several crucial counties and turned out many voters in rural communities who usually vote at lower rates than urban and suburban voters. While Democrats held a firm grip on many of their strongholds, the margins were underwhelming, leading to losses in down-ballot races. Even in Northern Virginia, where McAuliffe dominated and no Democratic incumbents lost State Delegate races, Youngkin ran nearly twelve points ahead of Donald Trump’s lackluster 2020 performance.

Even in states where Democrats won, they should still be alarmed. In New Jersey, a state Biden won by nearly sixteen points, incumbent Governor Phil Murphy won his re-election bid by merely three points. Murphy, who was first elected in 2017, made history by becoming the first Democratic governor to win re-election since 1977, a staggering timeline for such a blue state.

Murphy’s performances in comparison with his 2017 victory were meager, with his opponent Jack Ciattarelli gaining massive ground across the state. Former State Assemblyman Ciattarelli made massive gains among voters in South Jersey, a part of the state with a large number of working class voters who voted for Trump and then Murphy last election. However, Democrats fell flat in the region this time around, with Murphy losing many localities by double digits and pushing down-ballot candidates down with him. Democrats lost two of their State Senate incumbents in the region, with Stephen Sweeney, the Senate President, notably falling to Edward Durr, a truck driver who spent a mere $153 on his campaign. Murphy also lost ground in the affluent suburbs, almost losing Bergen County, a Democratic stronghold directly across the river from Manhattan, and nearly collapsing elsewhere.

The Republican wave also hit New York City where Democrats still won in overwhelming margins across all races. Eric Adams bested Curtis Sliwa to become the next mayor, winning nearly 67% of the votes, an underperformance for an NYC Democrat. Adams lost Staten Island by nearly 40 points and only won Queens by 25, signaling doom for down-ballot candidates. These underperformances led Democrats to lose two seats on the council, one in Brooklyn and another in Queens.

NYC Democrats still cried victory, especially after female candidates won a majority of seats on the council for the first time ever, representing all sides of the political spectrum. A huge number of these women are minorities, members of the LGBTQ community, and immigrants, making their victories even more historic.

The warning to Democrats for this year’s election is simple: if the party does not get their act together and enact President Biden’s agenda, they will suffer in the upcoming November 2022 election. Democrats cannot hope to get lucky, as their luck seems to have already run out with angry voters concerned about the pandemic, high inflation, and an unpopular President.

Many experts share the same opinion, predicting doom for Democrats in the November 2022 midterms. Van Jones, a former Obama official who works for CNN, called Democratic defeats a “five-alarm fire” that spells utter disaster for the party. Election pundits such as Dave Wasserman from the Cook Political Report concur, noting that with the ongoing redistricting cycle “the biggest victim is competition” and that Democratic defeats make polarization and gerrymandering even more of as assurance for Republican control. Gerrymandering has put Democrats in a corner beyond their failures in elections, as the lines in many states controlled by Republicans now give Democrats an even smaller chance of victory while they lack enough opportunities to counteract such losses.

Democratic hopes haven’t improved since November 2021: President Biden’s social spending bill seems doomed without moderate support, the Omicron variant is causing massive surges in Coronavirus cases across the country, and the economy hasn’t improved. All of these factors have further derailed any last glimmer of optimism Democrats have about their electoral prospects in the midterms, and if matters are made any worse, the country might not be in for a red wave, but rather a red tsunami.
The warning to Democrats for this year’s election is simple: if the party does not get their act together and enact President Biden’s agenda, they will suffer in the upcoming November 2022 election.