A Christmas Tree Shortage Shook Up the Holiday Season 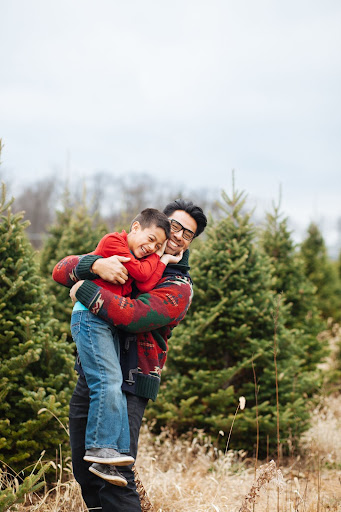 For many families, Christmas trees are a beloved part of the holiday tradition.

The Grinch may have been able to steal Christmas this past December 25th, 2021, as a Christmas tree shortage appeared to be the new culprit of holiday dreams.

But why exactly was there a Christmas tree shortage, what were the implications for the holiday season, and what does it tell us about the larger United States economy and supply chain woes as we head into 2022?

It’s important to examine where the Christmas tree tradition came from and how it’s evolved over the years.

The invention of the Christmas tree, more or less as we know it, is credited to the Renaissance period in Germany. Evergreen trees, used to represent the Garden of Eden, were initially displayed by devout Christians annually on December 24th, decorated with apples.

Over time, the decorations evolved. Martin Luther, the leader of the Protestant Reformation, was the first to hang lighted candles on the tree branches in the 16th century. By the 19th Century, the tradition was firmly established in Christian European households. And as Germans traveled across the world, they brought the concept of the Christmas tree with them.

The tradition made its way to America in the 16th and 17th centuries and was met with backlash, especially from strict religious groups like the Puritans in Massachusetts. But by the 19th Century, the Christmas tree had laid its roots across the country, becoming a mainstay in American culture and tradition, for those who celebrate the holiday. Every year, Americans buy over twenty-five million trees. The White House has its own tree, called the Blue Room Christmas Tree. The Rockefeller Christmas Tree alone receives about 125 million visitors a year.

American families decorate trees with ornaments, often homemade or passed down through generations. Even in small New York apartments, Christmas trees lighten up living rooms. “My family always makes a big deal about decorating the tree – it’s a fun tradition for us,” said Vasu Patel ’22.

But a shortage of Christmas trees in December 2021 threatened both buyers and sellers of the green cultural icon.

The scarcity was caused by a combination of current events, as well as events that occurred over ten years ago. Christmas trees, according to the National Christmas Tree Association, take up to 15 years to grow to a typical height. As a result of this, planters have to plan years ahead, meaning that trees sold today are the result of decisions made over a decade ago.

Some of the current shortage stemmed from a period of over-planting in the late 1990’s — farmers had a lot of affordable land and labor, which meant that they planted a huge number of evergreen trees. Those trees matured, and by 2008 there was a surplus. Then, the Great Recession hit that same year. A combination of the huge 1990’s crop, and limited incentives for farmers to buy land and grow meant that fewer trees were planted. In the years since, growing incentives and demand for trees have rebounded, but the delayed consequences from 2008 are catching up to us today.

Shortages of particular trees caused sellers to struggle to compensate for the production lag.

Rickie Hodson, a manager of Upper East Trees, told me in December 2021, “It’s real man, it’s real…We’ve had a lot fewer Frasier Firs, and prices are up about 15 dollars from last year.” Hodson told me that their issues were mostly caused by the transportation aspect of business — “It’s costing a lot more to get them here now…with inflation and fewer truckers.”

Supply chain issues have been a hot topic in the news recently. Multiple factors are responsible for this, including that lack of truckers that Hodson describes. Slow transportation leads to clogged ports, which results in empty shelves that create panic among shoppers. COVID-19 is usually seen as the largest cause of buffers in the supply chain, but problems like those of the Christmas tree shortage show us that certain economic issues are instead the result of trends and timelines, especially when the economy now is dependent on the actions of planters some 15 years ago.

But the Christmas tree shortage in December 2021 wasn’t all because of truckers. In fact, for sellers, it was hard to even find the right trees this past December, let alone transport them. “These tall thin ones — we actually had to use a drone to find them, “ said Henrik Evered, a Christmas tree seller in SoHo, as he pointed out trees to me from his small wooden shack. “They’re so sparse now on farmable land, so it makes it really hard to locate them.”

The myriad of production issues turned a fun holiday season into a somewhat harrowing one for producers across the country.

However, the industry made it through the December 2021 holiday season; customers were still willing to buy Christmas trees despite the higher prices they commanded.” Prices are up 40 percent, but we’re projected to sell out for the second year in a row,” Evered said.
The myriad of production issues turned a fun holiday season into a somewhat harrowing one for producers across the country.