The Future of Freedom is in the Supreme Court’s Hands

As the Supreme Court starts its new 2021-22 term with controversial cases on the docket, the divided political ideologies among its members may influence decisions more than ever. 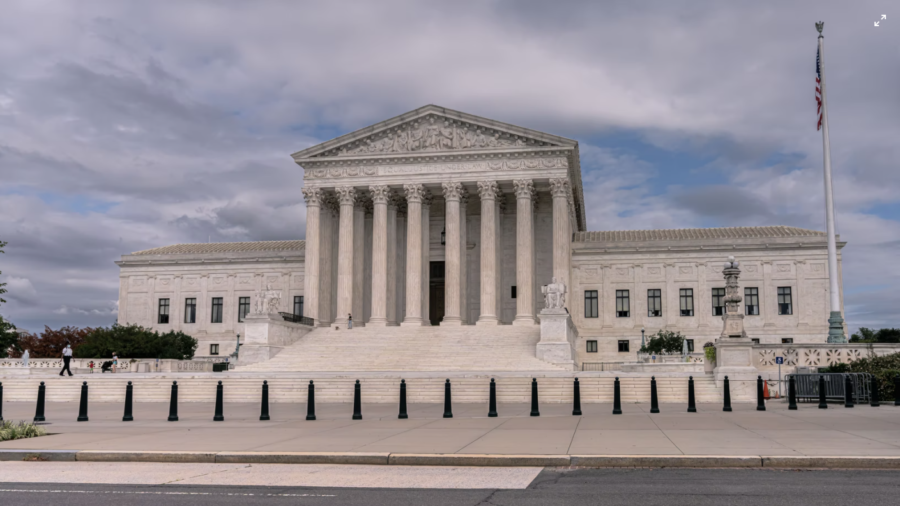 The Supreme Court recently removed its barricades, signaling a full in-person return for the Justices.

With 39 controversial cases down the docket this term, the Supreme Court’s 6-3 conservative majority will determine the future of abortion laws, gun regulations, and other fundamental issues. And after 19 months of virtual hearings and new justice assignments, the nine Justices returned to the bench this October 2021.

Besides socially distanced staff and no public audiences, the Justices have adhered to their own ways inside the courtroom — some old, some new. As always, Justice Clarence Thomas, the senior Associate Justice, traditionally sits next to Chief Justice John G. Roberts on the bench. Thomas, however, took the first question of the new term, a startling change from his infamous “silent decade.”

During an interview with CNN legal analyst Joan Biskupic, Justice Stephen Breyer shared that it was a “big improvement” to return to in-person arguments. “When you’re there in person,” he added, “it’s a more human thing.”

The Court’s dynamic has certainly altered, especially due to Justice Brett Kavanaugh’s absence at the start of the term. Just days before the new term, Kavanaugh tested positive for COVID-19 but continued to participate in arguments remotely. His questions were asked through courtroom speakers. After completing quarantine, Kavanaugh has returned to the court in-person.

Although the Justices still have much to adjust to with this recent in-person transition, the stakes are higher than ever. Over the next two months, two main cases will zero in on reproductive rights and gun regulations.

In 2018, Mississippi banned almost all abortions after the fifteenth week of pregnancy. Set to be heard this December 1st, 2021 is Thomas E. Dobbs, the Mississippi Health Officer of the State Department of Health, who argues that the Constitution does not protect abortion rights and that the Supreme Court’s abortion precedents are egregiously wrong.

This case is a direct challenge to Roe v. Wade, the 1973 landmark decision that guaranteed individuals the right to make their own decisions about pre-viability pregnancies without government restriction. In the past, the Court has heard challenges to Roe and rejected them, and this time, Mississippi makes no new arguments.

Hillary Schneller, lead counsel for Jackson Women’s Health, believes that it isn’t just the Court’s conservative majority that makes the heightened stakes abundantly clear but also the reality of abortion access and laws in our status quo.

Texas’s new abortion ban S.B. 8, for example, prohibited abortion after six weeks of pregnancy. People have traveled out of state for abortions, overwhelming clinics in states like Oklahoma and Louisiana. However, many others are unable to afford the trip. “This ban forces them to carry a pregnancy to term and experience childbirth —which carries significant risk — against their will,” said Schneller.

The circumstances in Mississippi are no different.

“The ability to control our reproductive lives is critical to gender equality, and to racial and economic justice,” Schneller continued. “And the alternative, allowing states to ban abortion, would cause significant harm and chaos.”

In fact, The Center for Reproductive Rights reports that nearly half the states would move to ban abortion completely if Roe were overturned.

In this case, the Supreme Court will decide whether or not the NYS Rifle & Pistol Association violated Kevin P. Bruen’s Second Amendment rights by denying him an application for a concealed-carry handgun license.

During oral argument on November 3rd, 2021, Justice Amy Coney Barrett gave the hypothetical that allowing this license would give anyone the right to “carry a concealed gun into Times Square in the middle of New York City’s famous New Year’s Eve celebration.” To everyone’s surprise, she seemed to accept many of the NYSRPA’s arguments on handgun restrictions.

Still, the rest of the conservative majority appears unconvinced, as Justices Roberts and Kavanaugh have been particularly committed to the precedent set by Heller. In fact, Kavanaugh wrote in a 2011 dissent that “Courts are to assess gun bans and regulations based on text, history, and tradition” instead of newer judicial frameworks.

Ultimately, this case’s significance lies not just in its decision, but also in how this new Court will evaluate Second Amendment laws.

“I believe and hope our nation’s judges will remain impartial as best as they can,” said Ava Conner ’24. “But since some of their decisions in the past have reflected their conservative values, we might start to see that become more apparent.”

For gun regulations and reproductive rights alike, legal experts have directed their focus onto the newer conservative Justices. Adam Liptak of the New York Times finds that based on recent voting records, Justice Kavanaugh could replace Chief Justice Roberts as the new swing vote, or ‘wild card.’ And since the late Justice Ruth Bader Ginsburg’s passing in September 2020, all eyes have been on Justice Barrett. Although President Trump vowed to only appoint Justices that will overturn Roe, Justice Barrett’s voting record on the Seventh Circuit indicates other possibilities.