Hope For the Holidays: New York City is Poised For a Successful Travel Reopening 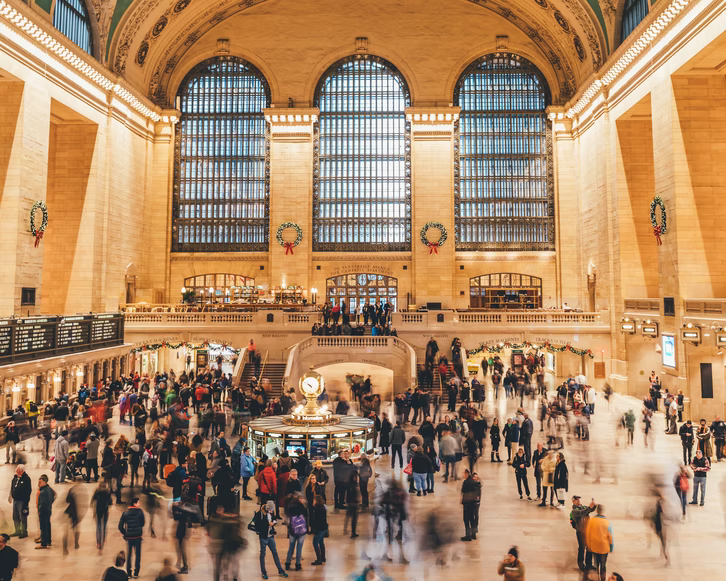 The November 2021 reopening holds great promise for tourism in New York City, where international visitors are crucial to the revenue of a majority of businesses, both large and small.

Monday, November 8th, 2021 marked the momentous reopening of the American tourism industry to fully vaccinated travelers from dozens of countries. The reopening is the newest addition to a plethora of lifted COVID-19 pandemic restrictions, and, in a city such as New York, it holds great meaning to all sorts of city workers, as it promises a booming tourism industry just in time for the holiday season.

Among the many shifts caused by the pandemic were unprecedented travel restrictions, barring international visitors to the United States for close to two years. The millions of travelers, and subsequent tourism revenue, from countries such as Mexico, India, and England were entirely halted at the height of the Coronavirus pandemic in order to reduce the infection rate as much as possible. Shrouded by numerous other losses, the tourism industry’s COVID-19 struggle seemed to have no hope for a resolution until very recently.

In New York City, the effects were particularly hard-hitting. Largely considered the tourism capital of the world, the city has long catered to and depended on tourists for revenue. With hundreds of stores specifically designed for tourists, selling memorabilia such as small souvenirs and the famous “I ♡ NY” t-shirts, it’s unsurprising that large portions of business owners’ incomes were supported by tourists. City businesses, both big and small, that depend heavily on tourists for a large portion of their profits have seen a huge downturn in consumers due to the ongoing Coronavirus pandemic.

According to official statistics published by the Office of the New York State Comptroller, the city had about 66.6 million visitors in 2019, a figure which dropped 67% to 22.3 million visitors following the institution of pandemic-related restrictions in 2020. Visitor spending totaled about $47.9 billion dollars in 2019,  more than half of which was spent on various city businesses such as restaurants, shopping, and entertainment. This spending was largely eliminated by the pandemic, causing large-scale devastation as many businesses failed to remain profitable without the typical influx of tourists. As a result, it comes as no surprise that the city’s many businesses have been delighted by the reopening announcement.

Nick Calio, chief executive of the Airlines for America industry trade group, responded to the travel reopening in a statement, writing, “[The] full reopening of international travel is critical to reviving economies around the globe, reinvigorating communities and supporting millions of jobs in the U.S. and abroad.” Calio’s statement is directly applicable citywide as international visitors, especially those from the United Kingdom and China, are crucial to the city’s economy for their contributions to the rise in the number of hotels and restaurants, and, by connection, the creation of employment opportunities for New Yorkers. Although many businesses faced unfortunate COVID-19 related shutdowns, there are equally as many businesses set to benefit from the reopening in the form of increased profits and public recognition.

The timing of the reopening is especially well-received, as it could not have come at a better time; undoubtedly among the most famous sights in New York City are the various holiday attractions such as the Macy’s Thanksgiving Day Parade, Rockefeller Christmas Tree, and the Radio City Rockettes. The early November 2021 timing of the lifting of the travel restrictions puts the city’s businesses in the perfect position to begin receiving tourists again during the Thanksgiving and Christmas 2021 holiday season. This will support the hotels and restaurants in the city, while also providing many more consumers to the entertainment industry and to workers such as taxi drivers, many of whom annually expect an increase in earnings during the key tourist season.

Although the news of the reopening is generally well-received, there is still speculation by citizens as to the propriety of this decision, especially considering the recent rising number of COVID-19 cases and the numerous New Yorkers who have yet to be vaccinated.

However, government confidence in the reopening is unwavering. Kevin Munoz, White House Press Secretary, recently tweeted on the issue, stating that, “This policy is guided by public health, stringent, and consistent.” Henceforth, the operative assumption is that the fully vaccinated status of all travelers will ensure both their safety and that of city residents.

Concerns can and will remain on the health implications of reopening American borders to international visitors. Nevertheless, the tourism industry is prepared to benefit greatly and will take the appropriate health precautions during the reopening to ensure that this tourism restart is permanent.
“[The] full reopening of international travel is critical to reviving economies around the globe, reinvigorating communities and supporting millions of jobs in the U.S. and abroad,” said Nick Calio, chief executive of the Airlines for America industry trade group.