A revolutionary mission to the Jupiter Trojan Asteroids can help humanity to better understand the origins of our solar system. 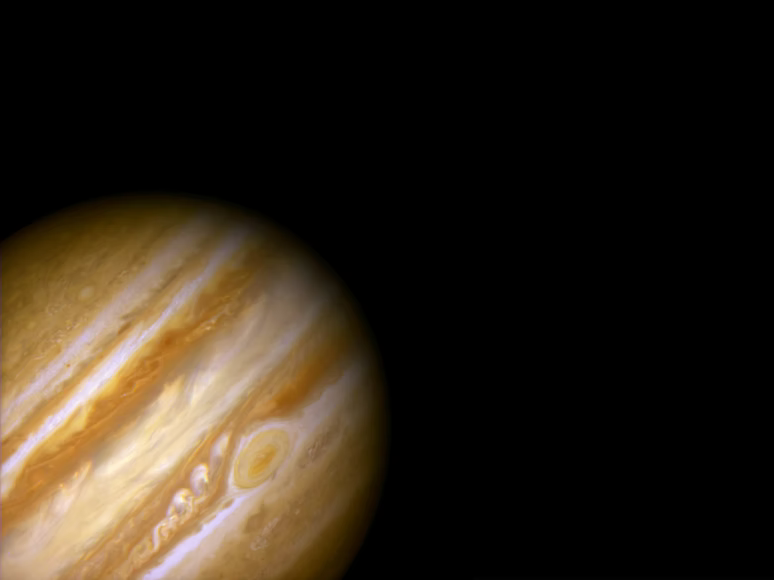 The Trojan Asteroids are associated with the planet Jupiter, as they orbit the Sun along Jupiter’s path.

How did the universe begin?  This commonly asked question is one of countless that remain unanswered, as humanity has remained perplexed about the origins of our galaxy.  Mission Lucy, one of NASA’s latest endeavors, may just help us get closer to answering this question.

Lucy launched on Saturday, October 16th, 2021 at 5:34 a.m. Eastern Standard Time from Cape Canaveral Space Force Station, Florida.  This is the first mission set to visit Jupiter’s Trojan Asteroids.  These asteroids have never been seen up close and will give valuable information to help people discover the history of our universe in more depth.

Why the name Lucy for a mission of such importance?  According to NASA, it is named after the Lucy fossil, the skeleton of a human ancestor that was found in Ethiopia in 1974.  As stated on the official Lucy Press Kit, “Just as the Lucy fossil provided unique insights into human evolution, the Lucy mission promises to revolutionize our knowledge of planetary origins and the formation of the Solar System, including the Earth.”

The Trojan Asteroids are directly associated with Jupiter and orbit the Sun along Jupiter’s path. There are approximately 7,000 of these asteroids, birthed during the formation of our solar system. They are the products of collisions between celestial bodies and other matter in space.

For the first time, humans will be able to obtain real, high-quality photos of some of these asteroids thanks to Lucy, giving us the power to observe never-before-seen remnants of our universe’s beginnings.  Mr. Nicholas Zanata, a Physics teacher at Bronx Science, said, “We can learn an enormous amount about our solar system by probing these Trojan Asteroids. One major benefit is that these asteroids are ‘frozen’ in time. They haven’t had much interaction with other celestial bodies, so the components and materials they are made of are almost unchanged from the earliest days of our solar system.”  This opportunity can allow humans to use these photos to go back in time and see how forms in our universe may have looked in the past, such as other planets and early space matter that could have come into contact with our solar system.

The Lucy team, composed of dedicated specialists, has spent around 7 years meticulously planning out every detail of Lucy, from the instruments aboard the spacecraft to the specific asteroids that it will fly by in the next 12 years.

The Lucy spacecraft was launched on an Atlas V 401 rocket and is carrying three main science instruments: the L’Ralph, L’LORRI, and the L’TES.  Respectively, these are black-and-white and color cameras, an infrared imaging spectrometer, and a thermal emission spectrometer for measuring temperature. The instruments allow high-quality photos to be taken, with an antenna communicating with Earth and sending back valuable data.

Mission Lucy is set to fly by a record seven Trojan asteroids and one main belt asteroid, which have never interacted with other celestial bodies or man-made objects. It will observe asteroids Eurybates, Quetta, Polymele, Leucus, Orus, Patroclus, and Menoetius, and the main belt asteroid Donald Johanson.

According to NASA, one unique characteristic of the mission is that the spacecraft will “travel almost 4 billion miles making three and a half giant loops around the Sun.”  In order to reach all of its targets, the spacecraft will have to orbit back to Earth twice in order to use our planet’s gravity and boost its trajectory further towards its target.

Although this mission is anticipated to revolutionize our understanding of the universe, it seems that it is less well known than expected.  Several members of the Bronx Science community expressed limited knowledge of Lucy.  However, a majority of those interviewed expressed support for this lengthy mission, as well as for future space endeavors.

According to Monica Reilly ’24, “exploring our universe is imperative to the development of our society.”  She believes that the amount of time and resources spent were necessary expenses for this mission’s contributions to our society.

Similarly, Mr. Zanata added, “Space exploration is the ‘next frontier’ and it would be foolish to squander the opportunity to invest. The cost, to me, is minimal when placed next to the benefits.”

On the other hand, some members of the Bronx Science community had a less supportive point of view. “Space exploration is very expensive and before setting our eyes on a distant universe way beyond, we should focus more on what we have currently, Earth,” said Khado Tsephel ’23.
“Just as the Lucy fossil provided unique insights into human evolution, the Lucy mission promises to revolutionize our knowledge of planetary origins and the formation of the Solar System, including the Earth.”