Prisoners Are Denied Medicaid by the Government

Inmates are the only residents of the United States with a constitutional guarantee of medical care, and yet they are the ones who have been denied it the most. 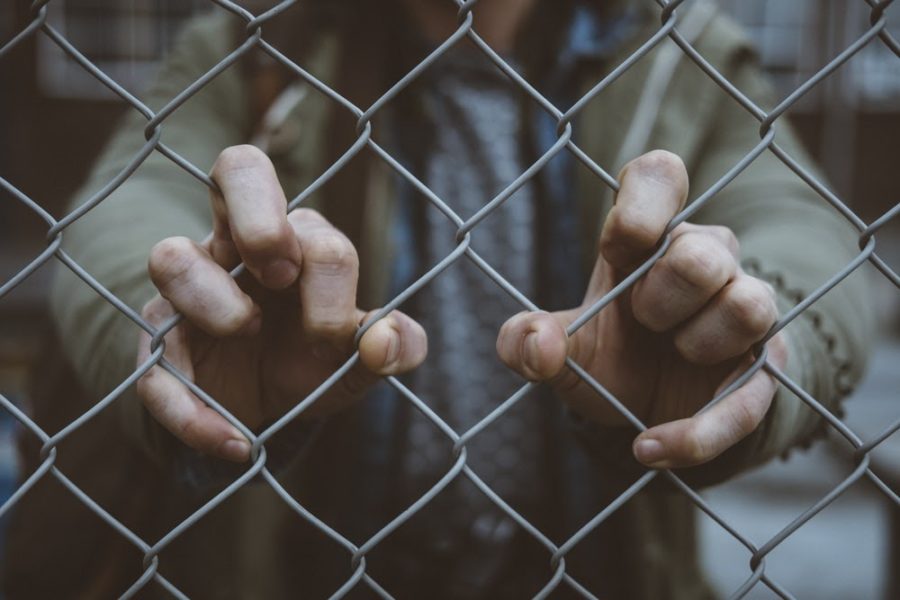 The MIEP fuels the ongoing cycle of mental health and substance abuse in prisoners.

Many of us love to see irony play out in our books, TV shows, movies, and even in real life. But the one place irony should not be is in our government. The Eighth Amendment prohibits cruel and unusual punishments, requiring the government to provide health care to prisoners. Yet somehow, inmates are the ones who are denied health care the most in our society. Those who are supposed to be the staunchest defenders of our constitution are the very ones who are breaching it.

The Medicaid Inmate Exclusion Policy (MIEP), passed in 1965, prohibits federal Medicaid funds from being used to pay for inmate services, even if an inmate is otherwise eligible for Medicaid. The policy affects inmates in  jails, where people are confined when they have been accused or convicted of a crime, and in prisons, where people are legally held as punishment for a crime they have committed or while awaiting trial; the policy marks no difference between the two. Despite our country’s championed notion of innocent until proven guilty, those who are presumed innocent are still stripped of their rights before conviction.

The lack of quality health care for inmates is simply devastating. Roughly 20 percent of state prisoners and up to 70 percent of jail inmates never receive a medical examination for their chronic medical conditions. Those who do receive care are often treated by providers who are unfamiliar with their medical history, which poses a challenge when treating chronic conditions.

The MIEP also exacerbates the conditions of those with mental health illnesses. Jails and prisons are at the center of America’s mental health crisis, serving as the default providers of mental health care for the more than two million people who are incarcerated every year. Approximately 44 percent of people incarcerated in jails and 37 percent of people in state and federal prisons have a history of mental illness. When the inmates no longer have access to Medicaid, the consequences become dire.

Repealing the MIEP would improve access to treatment for mental health and drug addiction for inmates and help stop the revolving door of recidivism. Nearly 70 percent of individuals come back to prison within three years after release, and the lack of efficient mental health care is one of the driving sources of such high numbers of returns. For instance, if a prisoner can no longer receive the treatment they previously did for substance abuse, they would be more likely to commit a crime related to substance abuse, such as stealing and purchasing drugs — and then find themselves back in prison again.

The worst part is that the system abuses impoverished minority communities. The MIEP purposefully shifts costs for healthcare from the Federal government to states and local governments. This means that the burden of healthcare costs falls onto the backs of impoverished communities, which evidently have higher rates of incarceration than richer communities and have to pay more and more money for such services. And where does funding for these services come from? Communities’ hard-earned tax money. Taxpayers have to pay increased taxes in order to help support their communities’ prison healthcare, meaning that the burden of healthcare doesn’t just affect those imprisoned but also every single person in that community. And let’s take a look at the fact that local and county jails process 10.6 million individuals in a year compared to federal and state prisons who process less than 607,000 in the same timeframe. Despite having more people in their facilities, local and county jails are overlooked and denied the proper funding they deserve.

Because of this reason, the issue was ultimately brought to the National Association of Counties (NACo). NACo is currently working on passing the Equity and Pretrial Medicaid Coverage Act to combat the effects of the MIEP and has formed a special task force that works alongside the National Sheriff’s Association, the Government Affairs Staff at Capitol Hill, local officials and county commissioners, and supervisors to raise awareness of the issue and help find solutions.

You may be wondering why NACo hasn’t come up with a solution yet, although they have had ample time. Well, one of the biggest hurdles NACo faces is the public’s lack of awareness of the issue, as explained in an exclusive interview given by Mr. Paul Guequierre, Director of Communications at NACo. “A large part of what makes this issue so unknown is that many people are unaware that it even exists, let alone that there is a policy attempting to be passed to solve it.” Mr. Guequierre emphasized the role an average person can play in one’s community, “You can talk to your local community leaders, such as the city council or city commissioners, because they are the ones who deal directly with this problem every day. Reach out and talk to them about what you can directly do to help your community and see if you could find a solution or help find one. Average citizens are the foundation of their community; it is through their hard work, dedication, and struggles, that changes are made.”

In the end, it is not just incarcerated people who pay the price of inadequate healthcare — it is entire communities. The irony of this is not lost on all those who pay the price.
Despite our country’s championed notion of innocent until proven guilty, those who are presumed innocent are still stripped of their rights before conviction.