Cassowaries: The Domestication of the ‘World’s Most Dangerous Bird’

Cassowaries are known for being one of the only truly dangerous birds. Instead of taking precautions, our ancestors tried to domesticate them. 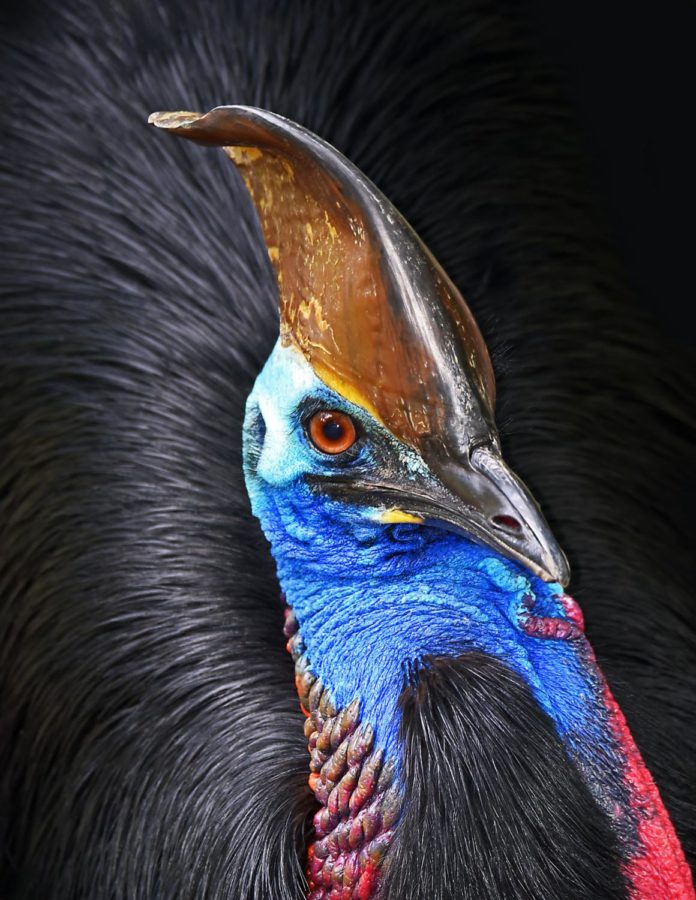 Although Cassowaries are absolutely beautiful, they can also be dangerous.

Nearly 18,000 years ago in New Guinea, people were taking in cassowary eggs, either to hatch them or to make food.

Cassowaries have a reputation for tearing apart anything that even slightly bothers them. Just last year, cassowaries caused up to 200 hundred human accidents. It would be expected that most people would run away if they ever encountered one. This was not the case, however, for people 18,000 years ago in New Guinea. Instead, they tried to domesticate them.

When investigating this time period in New Guinea, Susan Bulmer, an archaeologist from New Zealand, collected bird remains and artifacts from the rock shelter sites in the island’s eastern highlands. Among those remains were 1,019 fragments of cassowary eggshells.

When put under a microscope, some of the fragments seemed to have burn marks on them, indicating they had been cooked. These eggs were typically the ones that weren’t close to their hatching date yet.

However, other fragments showed different patterns, implying that they were close to their hatching dates. After all, birds can imprint on humans. Baby cassowaries are typically safe, and it’s only when adulthood hits that the birds become dangerous.

Bulmer asked, Why did they domesticate the cassowaries if they knew the danger that came along with them?

Researchers have theorized that people domesticated the cassowaries because they wanted their meat and feathers. After all, cassowaries are a delicacy to many natives. They  also found that the ancient New Guineans would take a cassowary egg a couple days before its hatch date to make Balut, a popular food that consists of a fertilized egg and a partially developed embryo inside the shell.

Not only is encountering a cassowary dangerous, but the act of stealing a cassowary egg also risks both physical and mental trauma. The cassowaries wouldn’t hesitate to claw at someone with their razor sharp 4-inch talons.

Cassowary nests are generally difficult to find, and if someone were to find a cassowary nest, their eggs are usually heavily  guarded by a male cassowary. They would also need to know the incubation period and its duration.

In order for the ancient New Guineans to have been able to collect the eggs, they had to have known when and where the cassowaries were nesting. This information can only be found through careful investigations, indicating that the New Guineans were dedicated to collecting cassowary eggs.

They bring up an interesting point: do cassowary eggs taste any different from chicken eggs?

Is it worth the risk? To answer that, you’d have to speak with the New Guineans.
In order for the ancient New Guineans to have been able to collect the eggs, they had to have known when and where the cassowaries were nesting.