The New York City Mayoral Race: Everything That You Need to Know

It's the end of the DeBlasio era and new candidates will face off on November 2nd, 2021 for a chance to be New York City’s next mayor. 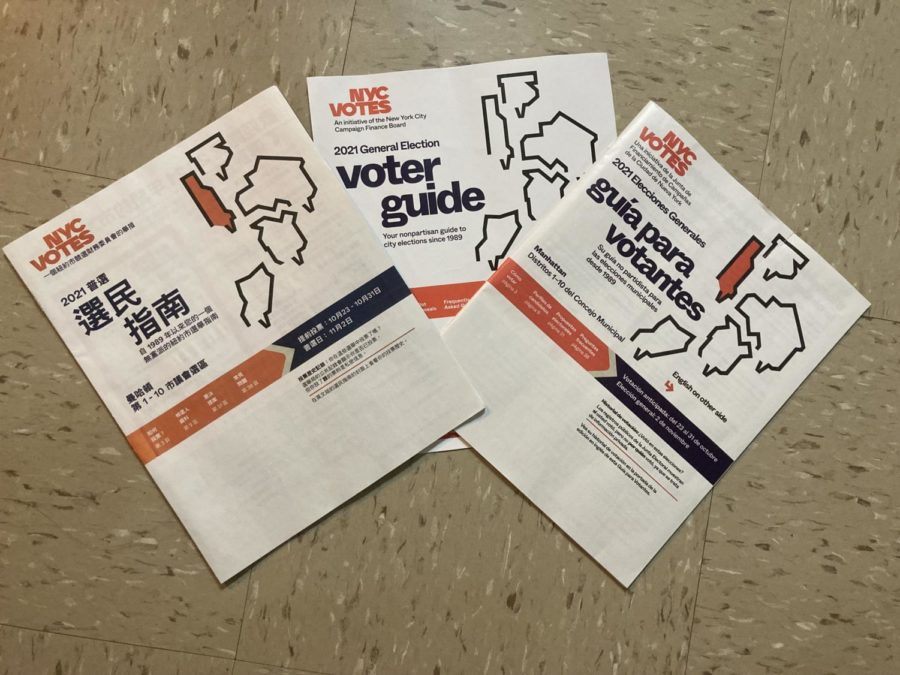 Set amidst a backdrop of calls for more progressive reforms and shadowed by the Black Lives Matter protests of the previous summer, the 2021 New York City Mayoral race will determine the political position of America’s largest city for the next four years.

The Democratic Primary, held this past June 2021, crowned Eric Adams as the top nominee. Adams entered the election with a seven-point lead over Katherine Garcia and narrowly won the Democratic nomination with 50.4% of the votes after eight rounds of ranked-choice voting, the first use of such a system in New York City.

Unlike the crowded Democratic primary, the Republican Primary was a face-off between two candidates: Curtis Sliwa and Fernando Mateo, with Sliwa having won with 71.9% of the votes.

Besides the two major-party candidates, eight other candidates from third parties are on the ballot running for mayor.

The general election is on November 2nd, 2021, with early voting occurring from October 23-31 at select polling locations. Many schools, including The Bronx High School of Science, are poll locations.

Despite the controversy regarding the use of mail-in ballots during the 2020 presidential election, criticisms against their use were deemed unfounded, and instead, these ballots increased voter participation. As such, mail-in votes are allowed for general public use in this election, but the deadline to request an absentee ballot (October 18th, 2021) has passed. For mail-in ballots to be counted, they must be postmarked by November 2nd, 2021 and received by the Board of Elections by November 9th, 2021.

The deadline to request an in-person ballot is November 1st, 2021, and all registered voters will be able to vote. Unfortunately, the deadline to register in time to vote in the upcoming election (October 8th, 2021) has already passed.

To increase voter turnout, the New York City Campaign and Finance Board sent registered voters a guide with information on how to vote, candidate profiles, ballot proposals, and answers to frequently asked questions in both English and Spanish.

The mayoral election is listed on the general ballot and includes local elections for the Comptroller, NYC Public Advocate, City Council, Borough Presidents, and District Attorney. There are other local positions up for election depending on the borough/district.

Eric Adams is a retired police officer, former captain of police, and current Brooklyn Borough President who is running as a moderate democrat.

His platform centers around tackling rising crime rates, maintaining law and order, and improving the NYPD through diversity measures.

“I do not think many middle-aged and older New Yorkers want a very progressive candidate. While most New York City residents are liberal, they’re closer to left-leaning centrists. Progressive candidates like Maya Wiley mainly appeal to younger adults only. I think that older New Yorkers voted for Eric Adams for his policing stance. He is a former cop, and since there are reports of an increased amount of crime in the city, his supporters most likely felt that he was more qualified to handle policing given his background, as well as the fact that older adults are not as favoring towards more extreme approaches to the police such as a defunding their budget,” said Meena Shikes ’22.

Beyond policing, Adams has staked his campaign on issues such as bringing more businesses to New York City, desegregating public schools, and creating more affordable housing.

Curtis Sliwa is the founder of Guardian Angels, a group focused on preventing unarmed crime, and a radio host. He is a proponent of “old-school policing” and a controversial figure; he claimed systemic racism is not an issue within the NYPD and FDNY.

“I think most New Yorker’s realized that’s not true after the George Floyd protests. In fact, Eric Garner is a prime example of the NYPD’s prominent history of police brutality. To say there is no systemic racism within these organizations is blatant ignorance at best,” said Jennifer Lee ’22.

Sliwa centers his campaign around supporting the ordinary people and accuses Adams of aligning with Wall Street.

Like Adams, Sliwa’s key platform issue is policing. “It is one of the most important topics to New Yorkers now. He wants to increase funding for the police, which many older residents in this city might agree with. It also should be noted that Sliwa is not too conservative besides his stance on policing. For example, he advocates for no-kill shelters for animals,” said Shikes ’22.

In this sense, Curtis Sliwa is not a traditional Republican candidate. His platform includes conservative policies, like a curb on property taxes, but also progressive reforms like taxing private universities, hospitals, and landlords to resolve unequal taxation.

Some other issues that Sliwa plans to address are subway safety, homelessness, and business rights.

When Mayor Bill DeBlasio’s term ends on December 31st, 2021, Eric Adams will likely succeed him. Adams has maintained a substantial lead in the polls thanks to his support from wealthy donors and the traditional Democratic Machine.

However, that does not eradicate the necessity and importance of voting, even in a heavily Democratic-leaning city as New York.

“Republican candidates will always have a slim chance of winning the race in one of the most liberal places in the country. We shouldn’t completely disregard the possibility of Curtis Sliwa, the current Republican candidate, winning,” said Shikes ’22.
The Democratic Primary, held this past June 2021, crowned Eric Adams as the top nominee.