The Nuclear Power Plant that sits less than 50 miles from the center of New York City, has officially been taken out of commission, sparking disagreement between activists. 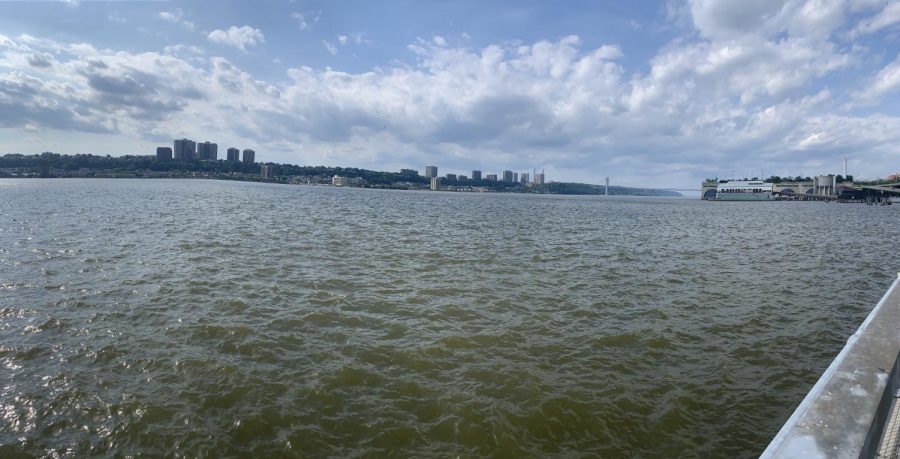 Here is the Hudson River photographed from Manhattan, where only 26 miles away, the Indian Point Power Plant sits. The river has been the victim of many of the plant's greatest failures.

After being in operation for 59 years, the doors of the Indian Point Nuclear Power Plant closed for the final time on April 30th, 2021. The plant was a major source of energy for New York and reduced the state’s reliance on fossil fuels, but due to its 26-mile distance from New York City, it has brought up some serious safety concerns throughout its history. Some clean energy activists are angry with the Cuomo administration’s decision, while other environmentalists are ecstatic to get the unsafe reactor out of commission.

The controversial history of Indian Point began in 1954, when the Consolidated Edison Company, also known as Con Ed, became the first company to announce plans to build a commercial-sized atomic power plant without a government subsidy. They were granted a construction permit by the Atomic Energy Commission and began building on a 250-acre site on the east bank of the Hudson River in Buchanan, New York, which became known as Indian Point.

In the fall of 1963, the first reactor, known as Indian Point 1, began generating power. Within its first decade of operation, the plant was involved in controversy due to reports that Con Ed had been covering up a great number of fish deaths near the plant that were happening as a result of the plant’s cooling mechanisms. In 1974, Indian Point 1 was forced to close due to flaws in its emergency cooling system. By 1976, it was quickly replaced by two new reactors, dubbed Indian Point 2 and Indian Point 3. Throughout the next 40 years of operation, these plants would cause massive problems for the local environment and safety concerns for the millions of people for whom an accident could potentially effect.

In 1980, it was discovered that more than 100,000 gallons of radioactive water was released into the Hudson River by the Indian Point 2 reactor. This problem was compounded in 1993 when Indian Point 3 was taken out of commission for 3 years after the Nuclear Regulatory Commission discovered 17 safety violations, including the leaking of radioactive waste into the Hudson River. In the year 2000, Indian Point 2 was deemed “the most trouble-plagued nuclear power plant in the country” by the NRC.

Indian Point would continue to be an environmental problem in the 2000s with a series of scary incidents, including power outages, fires, unplanned closures, and continued leaking. At this time, Riverkeeper, an organization that “protects and restores the Hudson River from source to sea,” according to its mission statement, began campaigning for the closure of the plant. On the topic of these failures, Cliff Weathers, communications director at Riverkeeper said, “The plant has experienced unprecedented levels of structural failure within the reactor cores as well as leaks, fires, and unplanned shutdowns.”

Advocates for the closure also emphasize the fact that Indian Point, with all its safety problems, is located extremely close to the most densely populated region of the United States: New York City and the Eastern Corridor.

There was even some concern over a possible terrorist attack centered on Indian Point, which if successful, would cause catastrophic damages to New York City and the surrounding area. “The dangers posed by a potential accident at Indian Point to the 20 million people who live within 50 miles of the plant are well documented,” Weathers said.

The plant’s cooling system heats up the water in the River causing immense harm to local fish populations. As explained by Weathers, “Indian Point’s antiquated once-through water cooling system kills over one billion fish and fish larvae each year. The system withdraws 2.42 billion gallons per day from the Hudson and heats it up to a deadly temperature before discharging. Fish are killed when they are impinged on filter screens, entrained through the cooling system, and scalded by hot water. Decades of such slaughter have contributed to the decline of numerous important fish species in the river.”

In 2016, it was discovered that, as Weathers said, “the pools at the plant that house spent nuclear fuel have been leaking toxic, radioactive water into the ground since the 1990s, contaminating the local soil and the Hudson River.” That was the last straw for Indian Point as soon after, much to the satisfaction of Riverkeeper, the Cuomo administration announced that the plant would be closed in 2021 after having more than 40 safety violations solely between 2012 and 2016.

However, this decision was not unanimously supported by activists, with some arguing that the renewable energy the plant creates is too valuable for a state that is trying to decrease its carbon footprint. Replacing the Indian Point plant with standard renewables will be costly in terms of money and land needed. In a Forbes article, author and journalist Robert Bryce argued that, “replacing the 16 terawatt-hours of carbon-free electricity that is now being produced by the twin-reactor plant with wind turbines will require 1,300 times as much territory as what is now covered by Indian Point.”

Despite these concerns, New York State is still on track to hit its goals of becoming 70% carbon neutral by 2030 and 100% renewable by 2040. In April of 2020, Indian Point 2 was officially retired, followed by Indian Point 3 in April of 2021, thus ending the contentious history of Indian Point.
The plant was a major source of energy for New York and reduced the state’s reliance on fossil fuels, but due to its 26-mile distance from New York City, it has brought up some serious safety concerns throughout its history. Some clean energy activists are angry with the Cuomo administration’s decision, while other environmentalists are ecstatic to get the unsafe reactor out of commission.