Snowstorm Shutdown in Texas: The Longterm Political and Environmental Consequences

Barbecue grills in the winter? Texans are forced to quickly ignite fires in order to keep warm during a recent winter storm blackout. 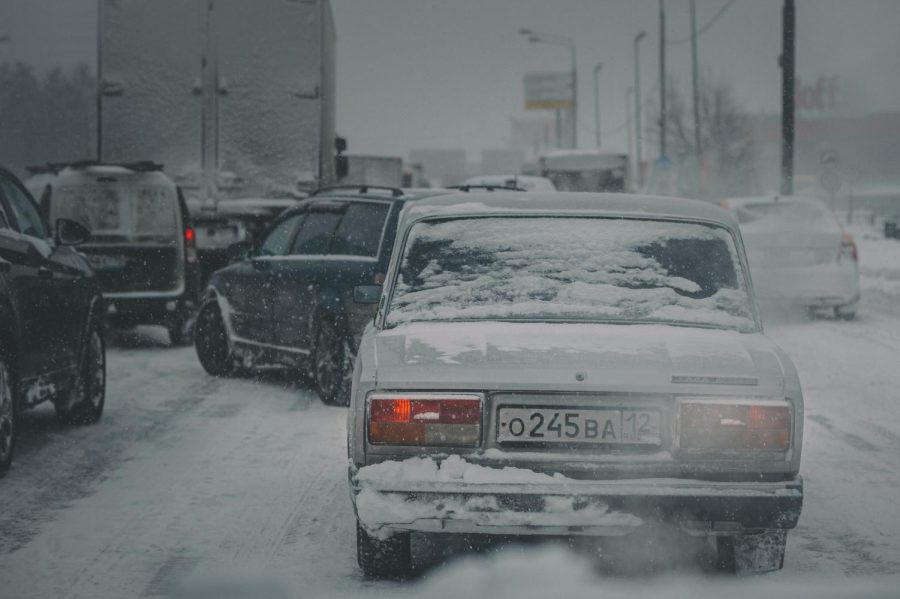 Snowstorms often make it difficult to drive, causing an increase in accidents and traffic congestion.

On February 13th, 2021, a cold-front ice storm traveled across the United States starting from the Northwest to the Northeast. It then took a deep dip southward into the Midwest. The storm killed at least 136 people, with 111 from the state of Texas alone. But why are the fatalities so high in Texas compared to other states?

Forty-eight out of fifty states received snow from the storm; Oregon, receiving the most out of the 48 states, got 26 inches of snowfall. Texas, on the other hand, received around four to five inches of snow, yet the damage is much worse. That is because the moisture in the Midwest allowed the storm to build up a heavy punch.

The drop in temperature during the storm caused many sheltering families to crank up the heat, causing the demand for electricity across the state to skyrocket. Energy generating machines and companies could not comply with the sudden surge, which resulted in a fast decline in supply. Before long, there was a shortage, leaving millions of citizens in freezing temperatures without electricity. Many of their homes were left in bad conditions: some of the roofs could not handle the snow and caved in, some of the homes’ water pipes froze up, and some families had to find ways to warm themselves up with insufficient blankets.

Normally, when a state runs out of electricity, it is able to cover the deficit from neighboring states in order to meet demands. Texas, however, has an abundance of natural gas and wind, so naturally they depend on their own supply without the need of help from other states. They have their own independent power grid, so an interstate grid does not exist. In some cases, like this snowstorm, having an independent power grid is dangerous and could even take lives.

The Green New Deal wants to strictly regulate energy systems and move from nonrenewable energy to a better alternative, renewable energy. Some Texans took this issue to convey their own grievances about the Green New Deal, asserting that even the highly praised solar panels could not withstand snow. However, they fail to look at the bigger picture – if they continue to use nonrenewable energy and emit greenhouse gases that contribute to global warming, there will be more unpredictable natural disasters in the future.

A stricter regulation of energy systems could have prevented some of the damage. As mentioned earlier, Texas has a lot of windmills, many of which froze due to the storm. If they were better regulated, equipment such as de-icing systems would be readily available to quickly defrost these windmills during emergencies. Likewise, many power plants froze over, as well. Better regulation would have promised a greater back-up supply of energy.

So why is there a weakened regulation of these systems? It is due to the fierce competition between private companies. In order to reel in consumers, power companies must offer them lowest costs. Lowering costs means that some things have to be sacrificed; in this case, it was weather protection, maintenance, and regulation. Companies were too confident and trusting in the weather, causing unforeseeable damage.

Texans were also furious to see Senator Ted Cruz boarding a flight to warm Cancún with his family, while millions of Texans were without food, water, or a warm shelter. Text messages revealed that he had planned to leave because of the cold, and even invited his neighbors to go along with him and his family. Citizens felt that his actions lacked sympathy and were tone deaf. Even fellow colleagues were shocked about his trip, but could not react since most were more focused on Texas and the situation on hand. He apologized, saying that it was a mistake, but many wonder if this something that could be forgiven.

This snowstorm is one of many consequences signaling our impact on the environment. Global warming is not an impending issue. It is happening right now, and the effects are surfacing in front of our eyes. We must focus on efforts on reducing the use of non renewable energy, which has detrimental effects on the environment.
In order to reel in consumers, power companies must offer them lowest costs. Lowering costs means that some things have to be sacrificed; in this case, it was weather protection, maintenance, and regulation.