The Rise of Citi Bikes in New York City

Public sharing systems for bicycles have continued to grow in popularity around the world over the last few years. In New York City, Citi Bikes has continued this trend, with many more New Yorkers in 2021 switching to using Citi Bikes over other methods of public transportation, such as buses and subways. 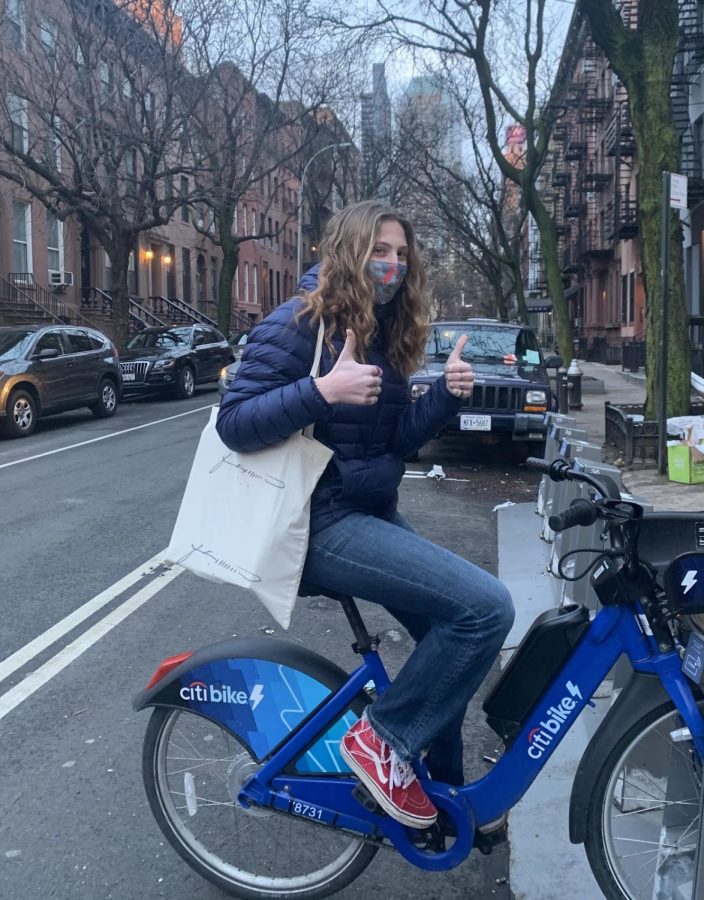 Many new and unexpected aspects of life have become commonplace in this peculiar timeline of the Coronavirus pandemic that we’re living through — many things feel like they are in disarray. Citi Bikes are a prime example, having swarmed the streets of New York City in the last couple of years. They have become a very prevalent aspect in the daily lives of many New Yorkers, but many people may ask, ‘Why?’ The answer is simple; Citi Bikes provide many benefits that perfectly accommodate many New Yorker’s needs.

Citi Bike is a public bicycle sharing system that operates in four of the boroughs in New York City, excluding Staten Island. Citi Bike was created by Alta Bicycle Share, Inc and is currently owned by NYC Bike Share LLC. and Lyft. Citi  Bike was launched in 2013 and has been expanding ever since.

Citi Bikes were produced with New Yorkers in mind, and this is especially evident through the benefits that they offer.

Although there have been many well-established types of transportation throughout the city, Citi Bikes still stand out for many reasons.

Citi Bikes provide economic benefits for riders. The MTA is the most widespread and known form of transportation in New York City, but Citi Bikes can prove to be abundantly cheaper. One New Yorker switched from a monthly MTA MetroCard to a Citi Bike membership and found that he saved around $700 per month.

This is not the only advantage that Citi Bikes provide New Yorkers. Citi Bikes also allow you to explore the city and see new things you may have never noticed on your train ride or your bus ride home.

Storage in New York City is a widespread concern for many New Yorkers, so it is no surprise that many bike enthusiasts within the city have been quick to try out Citi Bikes, due to the convenience of their docking stations that make it so that no New Yorker is forced to create storage in their small 500 square foot apartments for their personal bicycles.

Citi Bikes also provide environmental benefits. Bikes reduce carbon and other gas emissions. Additionally, with the increased use of Citi Bikes, people’s use of taxis and other forms of vehicular transportation has decreased, resulting in less traffic. The New York City Department of Transportation also found that after the implementation of Citi Bikes, there were reduced greenhouse emissions, road wear, collisions, and road and transit congestion, along with an overall improvement in public health.

In an estimate from 2015, it was concluded that on average, users of Citi Bikes saved $496.21, burned 12,437 more calories, saved 8.19 hours of transportation, and  saved 3.16 gallons of gas that would have been used if they had decided to travel by car or bus annually.

Citi Bikes are not only beneficial for individual rides but also cities in general. In a study, it was concluded that introducing Citi Bikes in cities saved cities $2.6 million annually concerning road repairs, reduced carbon dioxide emissions, and reduced accidents.

Some of the physical benefits that Citi Bikes provide for riders are reduction in chronic diseases, reduction in mortality rates, and a reduced risk of diabetes, stroke, heart attack, and obesity. A reduction in the New York City obesity rate is especially significant because obesity has been a very serious health problem in the United States, with 42.5% of all American adults being obese, another 31.1% being overweight and 21.2% of adolescents being obese.

Some critics argue biking in the city is unsafe. However, 800 people die annually due to bike incidents, while 200,000 die from health-related concerns like cardiovascular concerns that can be mitigated with increased physical activity.

Citi Bikes allow New Yorkers to escape their hectic work lives and focus on the present moment. Recent studies have shown that the average human attention span has decreased to as little as 8 seconds, which is less than that of the average goldfish.

Some scientists believe that the increase in the use of technology is to blame for this decline in attention spans, and Citi Bikes may offer a solution. Many New Yorkers find themselves scrolling through their phone while waiting for or on the train or bus, but Citi Bikes could solve this problem.

David Bryne of The Guardian noted that “Cycling can be lonely but in a good way. It gives you a moment to breathe and think, and get away from what you’re working on.”

In addition to these benefits, another large contributor to the rise in the popularity of Citi Bikes is the current Coronavirus pandemic.

The Coronavirus pandemic has led to a plethora of changes in everyday life, especially in the way that New Yorkers choose to use public transportation. Many people currently feel unsafe using public transportation, such as buses and trains, and bikes are a great alternative — not just Citi Bikes.

Overall, bikes have been in large demand this past year, with some stores noting that their sales have increased by sixfold. Many buyers are interested in either finding a new way to spend their newfound free time, trying a new form of exercise, or just exploring a new way to get around.

However, this increase is accompanied by the problem of stock shortages of bicycles. Many stores received more orders than they could complete, and as a result, many buyers were left waiting for months for their bikes. Now more than ever, Citi Bike is an even more appealing option for New Yorkers who either do not plan on investing in a personal bike, or those who have not yet received their bike and desire to pursue their cycling aspirations.

Though these bikes offer many benefits, there have been some unforeseen issues. For example, in 2018 around 21% of the entire Citi Bike stockpile had mysteriously gone missing. Many speculated that this was a result of poor maintenance, but there has still been no clear explanation for the enigmatic disappearances.

Additionally, a month ago, 6 riders filed a lawsuit against Citi Bike claiming that they were thrown off of the electric bikes due to faulty brakes.

Another major focal point of the concerns that many people have is related to the expansion and accessibility of Citi Bikes around the city.

In an online survey that I conducted with high school participants, many voiced concerns over the fact that Citi Bike has yet to be expanded to places in the city such as the Bronx and certain parts of Queens. In the same survey, I also discovered that out of 210 high schoolers, 40% claimed to use Citi Bikes regularly. Many stated they feel that Citi Bikes are a cheap, fun, and convenient option to get around the city and to explore.

Grace Zagoria ’23, who regularly enjoys using Citi Bikes said, “I feel like Citi Bike could do a better job of making bikes more accessible, because sometimes you get to a pickup station, and the bikes are temporarily ‘locked’ or in need of repair, which is frustrating because I just want to take a bike and go.”

Ariel Ofri-Akman ’23 said, “It’s great for commuting to school because there are a ton of parking spots. It’s a good resource to have, if I’m running late.”

Virginia Simpson ’23 enjoys the occasional Citi Bike ride but said, “They are good for tourists, but if you are an active bike user, you should just buy a bike. I feel like they should extend the time or place more outlets in parks.”

Many people have voiced similar minor concerns, but hopefully, Citi Bikes can take these into account as they continue to expand throughout the city.
Citi Bikes allow New Yorkers to escape their hectic work lives and focus on the present moment.