The Complications of Choosing a Cabinet

Promising an administration that reflects America's diversity, Biden delivers — while encountering frictions within his own party 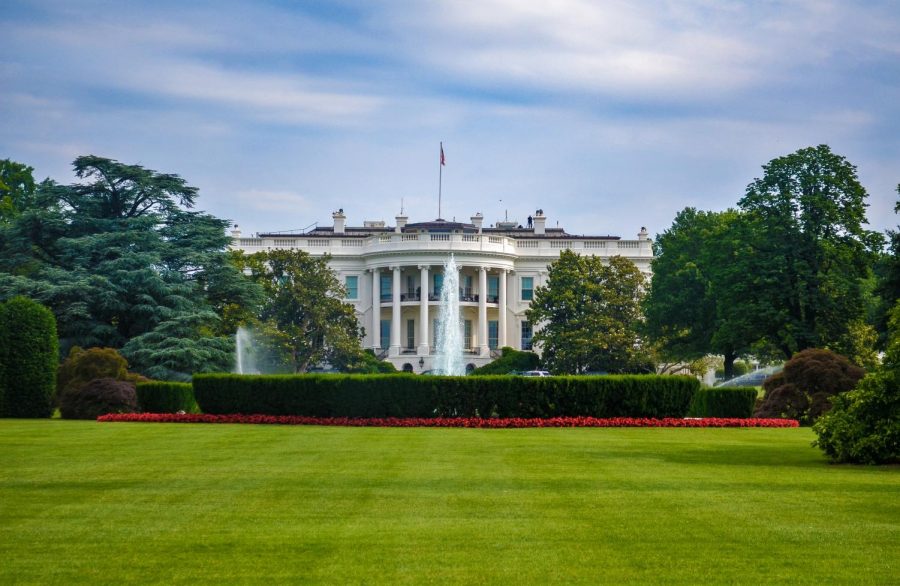 The White House, in Washington D.C., where President Biden resides. Biden’s choices for his Cabinet have come under close scrutiny from all wings of the Democratic Party, as he works to assemble a diverse and experienced administration.

President Joe Biden repeatedly vowed throughout the 2020 presidential campaign that if elected, his Cabinet would “look like America.”

By and large, he has kept this promise.

Biden’s Cabinet is filled with firsts: Janet Yellen recently became the first female Secretary of the Treasury; Lloyd Austin is the first Black Secretary of Defense; Xavier Berecca is the first Latino person to be Secretary of Health and Human Services; Pete Buttigieg is the first openly gay Senate-confirmed Cabinet member, as Secretary of Transportation. There are many more firsts, all representative of the Biden administration’s commitment to diversity.

Overall, half of Biden’s choices for Cabinet posts are women, and more than half are people of color. It is by far the most diverse and representative Cabinet ever— more diverse than even President Obama’s Cabinet, which also achieved its own series of historic firsts in representation.

While all these firsts are significant, some are inciting more powerful cultural impacts than others. Deb Haaland, the current Congressional Representative for New Mexico’s 1st Congressional District, is the first Native American cabinet secretary in history now that she is confirmed as Secretary of the Interior. The Department of the Interior is tasked with overseeing all federal lands, including Native American reservations.

Another appointment with historical significance was the choice of Alejandro Mayorkas for Secretary of Homeland Security. He is the first Latino and the first immigrant to ever head the Department. The Department of Homeland Security manages immigration policy, including Immigration and Customs Enforcement (ICE), an agency with a fraught, tension-filled history with immigrants. Biden’s choice to appoint a Hispanic immigrant to manage the Department is a symbolic gesture of his administration’s commitment to ensuring that vulnerable communities are served by people who truly understand their experiences.

While Biden’s Cabinet picks are clearly diverse in their racial and gender makeup, the ideological diversity of his appointees has come under some scrutiny from the progressive wing of the Democratic Party.

Biden’s picks were seen by many as a return to the pre-Trump status quo, a reversion to Obama’s more centrist and pragmatic style of governance. Many progressive politicians and activists were hopeful that Biden’s nominees would be more liberal, and were met with disappointment. Senators Elizabeth Warren (D-MA) and Bernie Sanders (I-VT), for example, were both passed over for Cabinet positions despite expressing interest.

One prominent nominee that has ruffled feathers is Neera Tanden, a close ally of Hillary Clinton and an advisor in the Obama administration who was announced in November as President Biden’s pick for Director of the Office of Management and Budget. Progressives immediately criticized the choice of Tanden, who has often sparred with both liberal Democrats and Republicans on Twitter and in the press.

In 2019, the liberal think tank run by Tanden publicly criticized Bernie Sanders for alleged hypocrisy, claiming that his railing against income inequality was incompatible with his millions of dollars in personal wealth. In a scathing letter, Sanders responded, “Neera Tanden repeatedly calls for unity while simultaneously maligning my staff and supporters and belittling progressive ideas.” Sanders’ history of tension with Tanden reflects how certain Biden appointments have been met with caution from progressives.

The pick of Tanden for the OMB has also been criticized by some moderate Democrats, not just progressives. Just last week, Senator Joe Manchin (D-West Virginia), the most conservative Democrat in the Senate and a powerful vote given the body’s exact partisan split, announced that he would vote against her confirmation.

Manchin’s reason for opposing Tanden was also based on her past comments and Twitter spats. In a public statement, the senator said, “I believe her overtly partisan statements will have a toxic and detrimental impact on the important working relationship between members of Congress and the next director of the Office of Management and Budget.” Manchin’s announcement sealed Tanden’s fate by making it likely her nomination would be defeated. On March 2nd, 2021, Biden announced that he would drop her nomination and instead find another position for her within his administration. His choice demonstrates of how some of Biden’s Cabinet nominees have failed to please key players in the Democratic party.

Another area of political friction surrounded the nomination of Congresswoman Marcia Fudge, of Ohio’s 11th Congressional District, to be Secretary of Housing and Urban Development (HUD). Fudge had openly voiced interest in being Secretary of Agriculture, emphasizing how she has served on the House Agriculture Committee since being elected to Congress in 2008.

In an interview with Politico last November 2020, Fudge expressed her exhaustion with Black people being offered the same select Cabinet opportunities, administration after administration. “As this country becomes more and more diverse, we’re going to have to stop looking at only certain agencies as those that people like me fit in. You know, it’s always ‘we want to put the Black person in labor or HUD,’” Fudge said.

At the same time as liberal activists have been unsatisfied with certain Biden picks, there have also been centrist Democrats passed over for jobs because of vocal opposition from progressives. Michelle Flournoy, a foreign policy veteran of the Obama administration, was the frontrunner for Secretary of Defense until House Representatives and anti-war organizations published letters expressing their concern over her name being floated. These Democrats’ issues with Flournoy stemmed mainly from her past ties to private defense companies and her hawkish record of supporting troop increases in the Middle East. Soon after the letters were published, her name was removed from consideration.

Progressives were also successful in lobbying to remove from consideration names like Gina Raimondo, the centrist Governor of Rhode Island, and Rahm Emanuel, Obama’s former Chief of Staff, who was mayor of Chicago when a Black 17-year-old boy was killed by police in 2014.

Progressives’ varying levels of success in influencing Biden’s decisions reflects the political fights that will likely define his four years in office. While most of his picks are more centrist Democrats, some veer towards progressive, and others are all over the place. The choices reflect Biden’s tendency to lean more moderate, while also demonstrating his openness to working with constituencies across the Democratic Party. They also pose the question of what, exactly, the ideology of Biden’s White House will be. Congresswoman Alexandria Ocasio Cortez may have spoken for entire swaths of the party when she said to reporters, “What is the agenda? What is the overall vision going to be? I think that’s a little hazy.”
When asked about the significance of Haaland’s appointment, Zoe Peltzman ’21 said, “President Biden’s choice of an indigenous woman for Secretary of the Interior demonstrates his emphasis on inclusivity.”