What the Democrats can and cannot do with a 50-50 Senate. 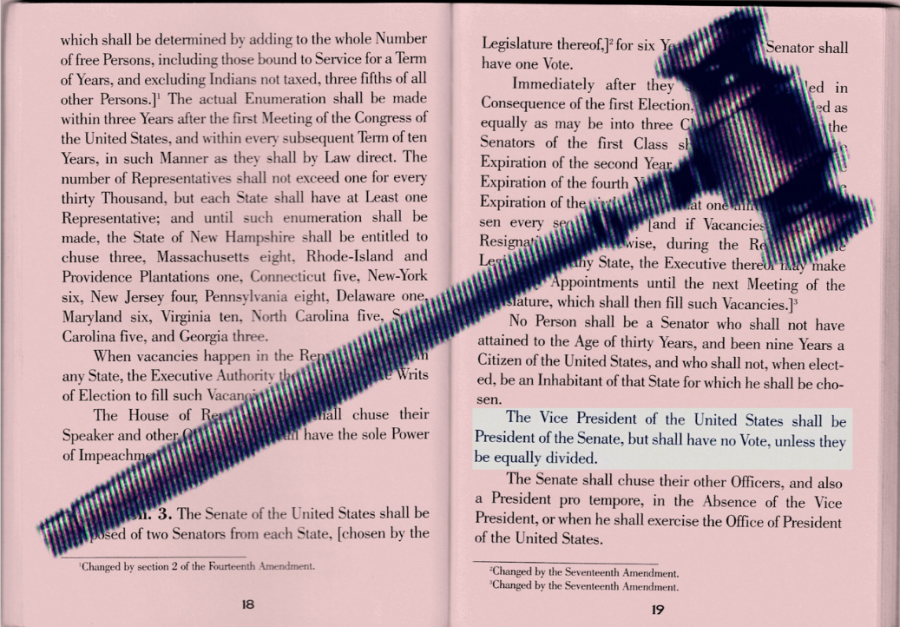 Article 1, Section 3 of the United States Constitution gives the Vice President the power to cast tie-breaking votes in the Senate. With the current Senate being split 50-50, Vice President Kamala Harris may have to use that power often.

At noon on January 20th, 2021, the Biden Administration officially began. In the following hours, Vice President Kamala Harris administered the oath of office to three new Senators, officially turning over control of the body to the Democratic Party. While Chuck Schumer (D-NY) may have been allowed to call himself ‘Majority Leader’ for a number of weeks already, it was not until February 2nd, 2021 that an agreement was reached between the two parties on how to share power in the Senate.

Senate Minority Leader Mitch McConnell (R-KY) said that the agreement was “almost identical” to one reached in 2001, the last time that the Senate was split between 50 Democrats and 50 Republicans. That agreement required, among other things, an even number of Democrats and Republicans on each committee.

Due to the razor-thin margin by which the Democrats control the Senate, the nature of their majority will be very different than that of the Republicans who held the Senate from 2015 to 2021.

The Senate rules require 60 votes to end debate on a topic. Therefore, if the 50 Republican senators refuse to end debate, they can successfully filibuster any proposed legislation. Some have proposed changing the rules to get rid of this strategy, but Democratic senators Joe Manchin (D-WV) and Kyrsten Sinema (D-AZ) have objected to this.

“I can assure you I will not vote to end the filibuster, because that would break the Senate,” Manchin told the New York Times in November 2020 following the election. “We’ve harmed the Senate enough with the nuclear option on the judges. We’re making lifetime appointments based on a simple majority. The minority should have input — that’s the whole purpose for the Senate.”

There are, however, circumstances where the filibuster would not be possible and the Democrats could exert substantial influence through their Senate majority. One of these is the confirmation of executive officers and federal judges. A number of President Biden’s cabinet appointees have already been confirmed by the Senate, such as Secretary of State Antony Blinken, Secretary of Transportation Pete Buttigieg, and Chief of Staff Ron Klain.

The President’s nomination of Neera Tanden for director of the Office of Management and Budget, however, did not make it through the Senate confirmation process. Senator Joe Manchin once again joined Republicans when he came out in opposition to Tanden’s nomination. In a statement on the decision, Manchin said he believed that “overtly partisan statements” made by Tanden on Twitter would have an adverse effect on her relationship with members of Congress if she were confirmed. On March 2nd, 2021, President Biden dropped his nomination of Tanden, vowing instead to find a place for her in his administration, in a different capacity. This unsuccessful nomination reveals just how fragile the Democrats’ current majority really is.

Senator Bernie Sanders (D-VT), who is now the chairman of the Senate Budget Committee, has advocated the use of a process known as budget reconciliation to advance certain parts of the Democrats’ legislative agenda. Budget reconciliation is a process created by the Congressional Budget Act of 1974 that allows for certain legislation related to the budget or taxes to pass more quickly. Most notably, these bills would be filibuster-proof and have limited room for Senators to add amendments. “We are going to use reconciliation, that is 50 votes in the Senate plus the vice president, to pass legislation desperately needed by working families in this country right now,” Sanders told CNN.

Sanders was true to his word, as Vice President Kamala Harris cast her first tie-breaking vote early in the morning on February 5th, 2021, in order to pass COVID-19 relief through budget reconciliation, signaling that the Democrats will not be hesitant to use the process when they can.

However, the Senate Parliamentarian (the neutral arbiter and interpreter of the rules and procedures in the Senate) ruled in a decision on February 25th, 2021, that a COVID-19 relief bill that was passed through budget reconciliation could not include legislation that would raise the minimum wage to $15 an hour. This signals that Democrats may face some obstacles when using the avenue of reconciliation to effectuate their legislative agenda. The Vice President can overrule the Parliamentarian, but it is a rare occurrence and has not happened since 1975.

Overall, while the Democrats’ majority in the Senate gives them sweeping powers and allows for the advancement of a large amount of the Biden agenda, it only takes one Senator alter his/her position to put any given action in jeopardy.
Due to the razor-thin margin by which the Democrats control the Senate, the nature of their majority will be very different than that of the Republicans who held the Senate from 2015 to 2021.