What are the implications for New York State and New York City now that Schumer is Majority Leader in the Senate? 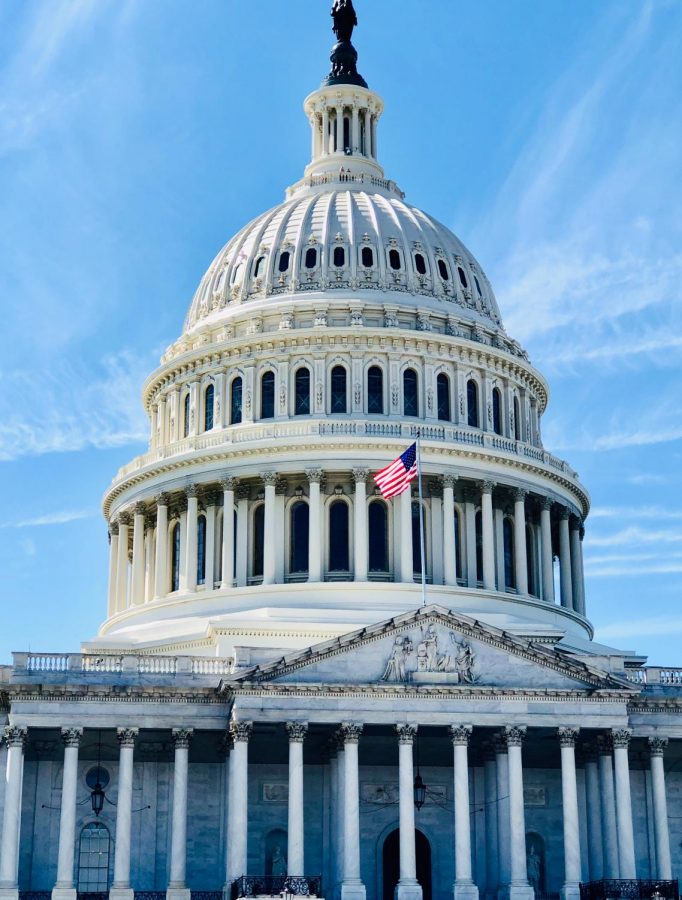 The U.S. Capitol building is where Chuck Schumer currently presides as the Senate Majority Leader.

After the razor-thin senate elections in Georgia, the Democrats now have a majority in both houses of Congress. With the former president from New York, New York State should have been in the position to benefit the most from the Federal government, but Trump hardly took action to benefit New York during his four years in office.

Schumer first had to deal with the impact of the events that took place at the U.S. Capitol on January 6th, 2021, along with helping to administer the agenda of the incoming Biden administration.
What can a Senate Majority Leader do for their state?
If one looks to the past with prior Senate Majority Leaders, there is a bipartisan consensus of the leaders benefiting their home states. For example, former Majority Leader Mitch McConnell was known for bringing money back home to Kentucky, his home state, which ranks highly among the “taker states,” often taking more money from the federal government than giving to the federal government.

In 2019, McConnell claimed to have provided a one billion dollar package for his home state of Kentucky, with use from veteran hospitals to research labs in universities.

Schumer follows a similar style of politics, so it is very likely that he will continue with the same activities for his home state.  Schumer is known to make a trip to every county in New York State, providing wide-ranging benefits. Such benefits include $8 million for a Cornell University lab, $81.5 million for Rochester Institute of Technology, and $245 million to combat homelessness in New York State. All of these benefits have come since the start of the year.
What about the transportation infrastructure of New York?

Transportation is also likely to improve in the state. The MTA can rest easier now, with Schumer in position as Senate Majority Leader. The MTA is poised to receive at least $6 billion dollars in federal aid, which has helped prevent the MTA from implementing draconic service cuts.

Schumer also plans to accelerate the progress of major infrastructure projects in New York, specifically the Gateway Project. The project involves the North River tunnels that run under the Hudson River, connecting New York City to Weehawken, New Jersey. This project is essential as it affects 20% of the national gross domestic product of the U.S.

Schumer plans to expedite the approval needed for the congestion pricing plan in Manhattan, allowing the MTA to receive another source of much-needed funding for its ambitious plans. Congestion pricing was due to be implemented last month but was delayed due to the Trump administration failing to provide the guidance needed to measure the environmental impact that congestion pricing would produce.
Any political opponents?
With the gains in Georgia, Senator Schumer can also rest easier now, as the wins help deter a challenge from the more left-leaning people of his party. Schumer is due for re-election in 2022, and faces a viable opposition, especially after the shocking win in 2018 of Alexandria Ocasio-Cortez over the number four Democrat in the House, Joseph Crowley. 2020 also saw the victory of Jamaal Bowman, over Eliot L. Engel, the chairman of the House Foreign Affairs Committee.

Despite all of these recent upsets, Schumer should be relatively stable. His new role should cool the enthusiasm for such a campaign, especially if he provides a significant cash bailout for New York.
Senator Chuck Schumer, D-NY, became the first Senate Majority Leader from New York on January 20th, 2021.