The Pros and Cons of Drone Delivery of Packages

Is Drone Delivery a revolutionary idea or a future catastrophe waiting to happen? 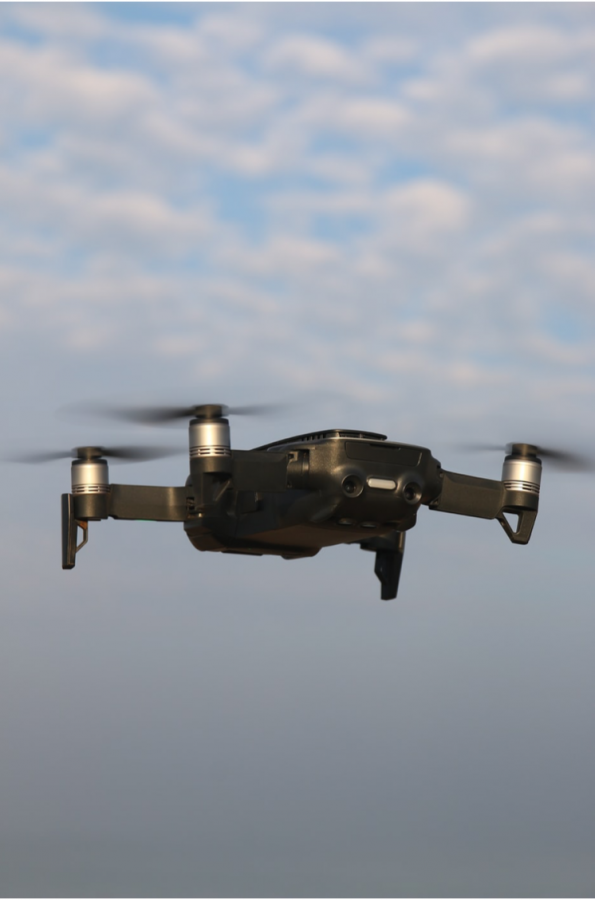 Here is a drone flying through the air. Companies such as Amazon.com are exploring the various ways in which drones can be used for delivery of packages.

At the start of 2021, the media company TRT World published an article entitled ’21 Things to Look Forward To In 2021.’ Many of the 21 items consisted of developments that a reader was likely already looking forward to, such as the inauguration of a new president, the COVID vaccine, and the Olympics — but there was one surprise placement on the list, that of drone delivery.

The article discusses how companies such as Amazon, Walmart, and UPS are “re-defining” the delivery industry. The anonymous author finished the discussion by writing, “It’s definitely bringing us into the future in a way we don’t mind.”

There are definitely many things to be excited about when it comes to drone delivery. Drones will be able to deliver products in a rapid, safe, and time efficient manner, more so than any existing delivery system. Another predicted benefit is that companies such as Amazon and Walmart will be able to re-allocate the resources spent on delivery elsewhere in the company, in order to improve their services and become more accessible to all.

Potentially the most important benefit, however, could be that drone delivery is expected to significantly conserve energy and to reduce consumption. Wesley Nielsen ’22 believes that drone delivery could be part of the answer to the country’s growing climate crisis. “It would be a huge advancement in terms of how we ship products, because it would eliminate the need for airplanes and trucks, which both hurt the environment,” Nielsen said.

Drone delivery would certainly be a groundbreaking development, but it does not come without its flaws. As Nielsen noted, “Drone delivery would lead to the elimination of delivery jobs for people, and that would create its own problems.” The lingering question is what would happen to the millions of Americans currently employed in the truck driving and delivery industry. Gabriel Pryzyblo ’22 is one of the many critics of drone delivery. In his opinion, “Amazon.com is a sketchy company that doesn’t care about whether or not it puts its workers’ jobs in jeopardy.” While Amazon has been very public about their plans for drone delivery, they have stayed silent on what would happen to their delivery workers as a result of this change. “Amazon has a long history of mistreating workers; I believe that they aren’t an ethical company as far as workers’ rights are concerned,” said Pryzyblo.

Job safety for delivery workers is not the only concern brought on by drone delivery. Vasu Patel ‘22 urges people to be wary of Amazon delivery services. “Amazon has a history of taking over smaller companies and putting them out of business. I am concerned that they’re probably doing the same thing right now to FedEx,” Patel said. Amazon has been widely criticized for causing the downfall of companies such as Toys”R”Us. Even though there are a few other major players in the race for drone delivery, Amazon has a large lead over its competitors and recently became the first company to get FAA (Federal Aviation Administration) approval for their drone delivery system.

“I fear that Amazon is trying to establish a national monopoly over the logistics industry,” said Patel. Other concerns shared by Bronx Science students are in regards to privacy and safety. Iskander Khan ‘22 said, “I think that people should be wary of any Amazon drone service that has the capability to pick up sound and visuals from all over the world and transport them back to their own database in seconds. It brings up serious privacy concerns.” Although there is lots of potential for good, Amazon undoubtedly has many questions to address if they hope to win over the public with drone delivery systems.
Drone delivery would certainly be a groundbreaking development, but it does not come without its flaws.