What Awaits Space Exploration in 2021?

2021 seems to be a bright year for Space Exploration, and we’ve started out the year with some exciting developments in the field. 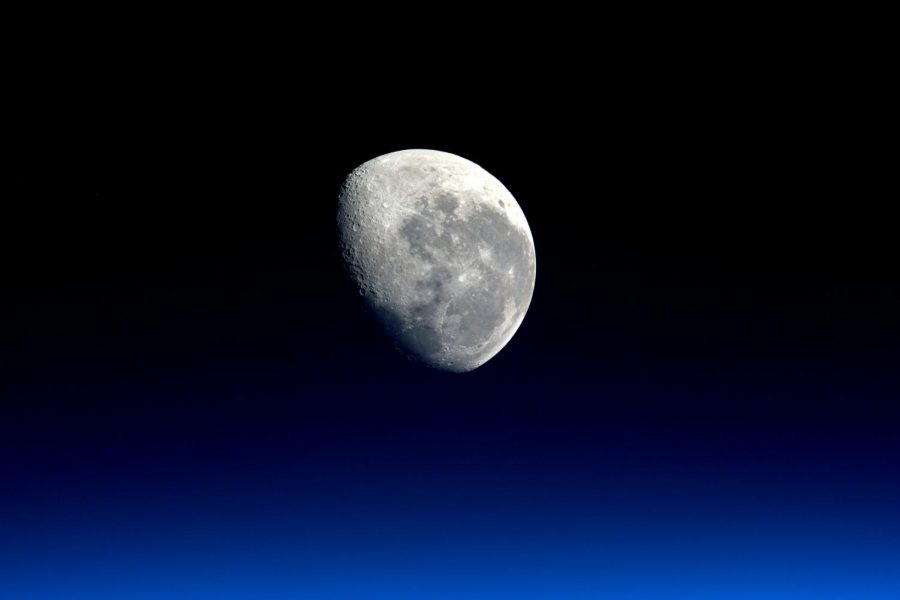 Here is a satellite image of Earth’s moon taken by NASA. Outer Space is vast, and bodies like the moon exist everywhere, including other planets in our solar system which have multiple moons.

Outer space is one of, if not, the most interesting and unknown frontiers known to humanity — and this statement is by no means a stretch.

Discoveries await around each corner and unimaginable secrets lurk just out of our periphery. It contains answers to our origins, the universe, and whether life exists outside our lonely Earth.

We are a long way away from an answer to any of these questions, but we have to start somewhere. Space travel will play the most crucial role in all of this; examining space closely will allow us to observe and study space more closely.

We have made a lot of progress in space travel, from getting the first people on the moon to examining planets light-years away that are inconceivable to the human eye. The amount of knowledge we gain each year about outer space is astronomical, and 2021 is going to be no different.

Space travel in March 2021 has started the year out strongly, with a few missions that have successfully reached their destination. Some of the most notable ones include the National Aeronautics and Space Administration (NASA), the China National Space Administration (CNSA), and the United Arab Emirates Space Agency (UAESA) spacecraft missions, which were launched to further examine and study Mars. In the first of these missions, the UAESA’s Emirati Hope Orbiter entered Mars’ orbit on February 9th, 2021 and is currently in the orbit of Mars, studying the planet.

The CNSA’s Tianwen-1 reached Mars’ orbit on February 10th, 2021 and it hopes to deploy a rover sometime in May 2021. This would be a very impressive feat if successfully done as it is quite difficult to safely penetrate the planet’s atmosphere. It has been done more than once, but only by NASA.

The Tianwen-1 has already sent back its first picture of Mars. Likewise, NASA’s Perseverance reached Mars on February 18th, 2021, and it immediately deployed a rover onto the surface of Mars to study a once water-filled crater for signs of extinct life. Beyond this, it will also soon deploy Ingenuity, a small spacecraft that will be the first-ever flight to make a trip between planets if successful.

Later this year, the Double Asteroid Redirection Test (DART) is scheduled to launch for a test in July 2021. It is a planetary-defense strategy that should redirect the impact course of an asteroid should it be headed for impact with Earth.

By September 2022, a test for DART will be conducted on an asteroid called Didymos using the SpaceX spacecraft Falcon 9. Upon impact, the rocket will only push the asteroid back one or two centimeters, and while this nudge may seem insignificant, it can move an asteroid out of its trajectory with Earth if adjusted enough.

Finally, perhaps the most important of all these space missions, is the launch of the James Webb Space Telescope. This $10 billion space project is planned to launch around November 2021 following many delays from technical issues and cost concerns.

It was created through the collaboration of NASA, the European Space Agency (ESA), and the Canadian Space Agency (CSA). As the official successor to the Hubble, it will be one-hundred times more powerful.

To put that into perspective, the James Webb Space Telescope will be powerful enough to see the very first galaxies to be created after the big bang whereas the Hubble was able to see galaxies that were much further away. The Hubble was responsible for many scientific discoveries in space, yet this new telescope will enable us to see much farther, witnessing never-before-seen galaxies. The James Webb Space Telescope will be a key factor in many different discoveries.

“I am excited about space travel in 2021. While NASA is certainly a large player, other organizations such as SpaceX (especially in coordination with NASA) continue to advance space travel and exploration. The saying goes that space is the final frontier, and it definitely is,” said Matthew Ferencz ’23.

“Understanding and exploring the universe around us may finally start to answer our fundamental questions about this expansive field we lie in and if we are truly alone. Being able to create an interplanetary civilization and other great inventions pertaining to space like Dyson Spheres and terraforming technologies will truly advance our species far beyond who we are now,” Ferencz added.

Our perception of the laws of nature do not apply to space and we have no explanation for it. “There are great mysteries in this universe we call home from the behavior of strange quarks in the cores of neutron stars (speculatively) to the physics breaking characteristics of black holes and their quasars,” Ferencz noted.

2021 is going to be a very impressive year for space travel. It is extraordinary that humankind has sent up almost 6,000 satellites, people have walked on the moon, and outer space has been heavily researched for more than 60 years, yet we have only scratched the surface of it all.

Space is an exciting prospect, and the unknowns seem limitless. To think, humans started out, thousands of years ago as people gazed at the starry night, wondering what was out there.

And now, we reach the present as scientists attempt to figure out how to get people to Mars. In a year from now, we will have learned so much about space from the exploration of distant planets and the planning of even more missions.

Perhaps in a decade from now, we will send the first people on a mission to Mars. Maybe, in a century, we might have started colonizing Mars. And in an eon, we may have colonized a multitude of planets. The possibilities are truly endless when it comes to space exploration.
“The saying goes that space is the final frontier, and it definitely is,” said Matthew Ferencz ’23.