With Lots at Stake, Biden Enters the International Stage

How will President Elect Biden grapple with the dangerously escalating state of global affairs? 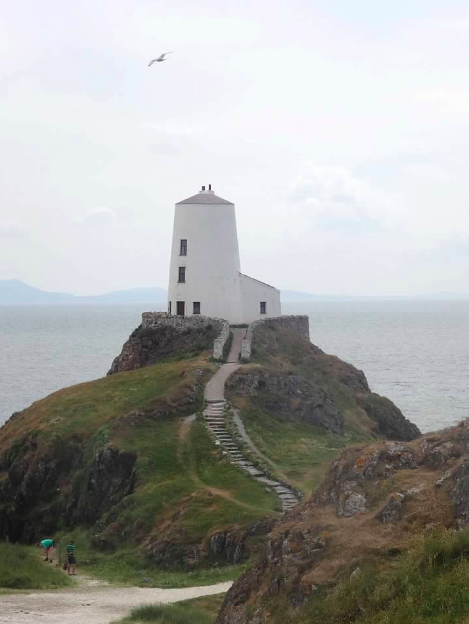 Here is an abandoned windmill in England, a nation Biden will attempt to reintroduce to the European Union, in an effort to strengthen the international standing of European allies.

During his short time in the Oval Office, President Trump doted on dictators, and he abandoned allies. He thanked Vladimir Putin for kicking United States diplomats out of Russia, “fell in love” with Kim Jong Un, and was so hated by allies that Akie Abe, the wife of Japanese Prime Minister Shinzo Abe, magically lost her ability to speak English while in his proximity. Although Trump’s foreign policy served as a moneymaker for SNL and a ballot winner for Biden, the consequences of his erratic behavior are far reaching and disastrous.

President-elect Joe Biden  has the most difficult ‘clean up’ job in American history. He must pick up the shrapnel from the explosive force that was Trump’s foreign policy while still sweeping up the mess of COVID-19, the legacy of systemic racism in the United States, and economic decline, all of which he has inherited.

The state of the world is alarming; Sino-American tensions are rapidly rising in the South China Sea, global warming is on the precipice of creating refugee crises and famines, Iran is enriching uranium, anti-proliferation treaties with Russia are set to expire, and United States allies are stranded across a conglomerate of continents.

Although Biden must harbor lots of nerves facing the ticking time bomb of global affairs, United States allies were overjoyed when he was elected. Anne Hidalgo, the first female mayor of Paris, tweeted “Welcome back America” in anticipation of a shift in United States international relations.

Adversaries also welcomed the Biden presidency with Chinese state media reporting that this victory “could offer some ‘breathing room’ for already-tense China-U.S. relations, and provide an opportunity for breakthroughs in resuming high-level communication.”

Now that everyone has let out a sigh of relief, it is time to get down to business. Two main officials will aid Biden with his foreign policy: Antony Blinken and Linda Thomas-Greenfield. Antony Blinken, a longstanding United States diplomat, will serve as Secretary of State, the nation’s top diplomat. Both on his own merits and in comparison to Trump’s first Secretary of State Rex Tillerson, an energy executive, this pick is reassuring. Linda Thomas-Greenfield, a black woman who is well versed on African affairs, will serve as United States ambassador to the United Nations.

Despite these promising picks, Biden’s own foreign policy track record has been severely scrutinized. Robert M. Gates, the defense secretary under Presidents George W. Bush and Barack Obama, famously stated that Biden had been “wrong on nearly every major foreign policy and national security issue over the past four decades.” Biden opposed the decision to place troops in Afghanistan, voted against the operation that killed Osama bin Laden, and supported the Iraq war and oversaw the premature withdrawal of United States troops, which left the door wide open for the Islamic State.

The good news is that unlike Trump, Biden has the ability to learn from his mistakes, and with a competent team, his foreign policy has the potential for great success which is important in a few key areas.

First, there are international agreements.

Biden has vowed that as president, he will rejoin the Paris Climate accord, from which Trump withdrew the United States, recommit to the World Health Organization (WHO), and renew a nuclear arms treaty with Russia for another five years. Moreover, Biden will increase participation and commitments to NATO, following Trump’s endless stream of threats to withdraw.

Second, there is the issue of Iran.

Currently, Iran’s nuclear centrifuges are active, and the nation is on track to have enough uranium to build one nuclear weapon by February 2021. Biden is willing to re-enter the Iran nuclear deal if the Iranians are willing to stop proliferating and observe the limits of the agreement. Iranian Foreign Minister Mohammad Javad Zarif said Iran would join the nuclear deal again if sanctions, now forcing half of the population into poverty, were removed.

Unfortunately, the sanctions imposed upon Iran are for a multitude of reasons, one of which includes human rights abuses. As a result, Biden will have a hard time justifying the absolute removal of sanctions.

Some remain skeptical of the possibility of reconciliation. “Bad relations with Iran will likely linger due to the killing of Suleimani and Israel’s assassination of Iran’s top nuclear scientist, with the United States’s blessing,” said Roni Shaham ’23.

Third, there is the issue of China.

Behind the scenes of state dinners and stiff handshakes, tensions with China have been on a dangerous upwards trajectory in the South China Sea and Taiwan. Furthermore, disputes over trade and technology have added to the list of worries.

Presidents Xi Jinping and Trump have had a hot and cold relationship. In 2017, Trump praised Xi for so cunningly exploiting American workers, and then, just this year, Trump put forth racist declarations that China infected the world with the “China virus” (COVID-19). With Biden’s recent referral to Xi as a “thug”, it appears as though their relationship may be on the rocks as well.

Additionally, Trump placed countless tariffs, sanctions, and trade restrictions between Chinese businesses and American technology companies throughout his presidency, which Biden will choose to either keep or to remove.

One thing that Biden has made clear is that he will make great efforts to ensure that United States companies have a competitive edge over Chinese ones. Biden has promised to invest $300 billion in technology industries, and he wants to convince allies, such as Europe and Japan, to exert pressure on China for economic reforms, including the protection of intellectual property.

Moreover, Biden has the difficult task of addressing China’s systematic oppression of the predominantly Muslim Uyghur ethnic minority in the Xinjiang region. Biden has signaled that he seeks to create an alliance to put pressure on China. “‘The most effective way to meet that challenge is to build a united front of U.S. allies and partners to confront China’s abusive behaviors and human rights violations, even as we seek to cooperate with Beijing on issues where our interests converge, such as climate change, nonproliferation, and global health security,” said Biden, in a Foreign Affairs interview.

Overall, Biden has not explained in detail his plan to ameliorate Sino-American relations, and there will likely be a period of uncertainty before his policy designs become clear.

Lastly, there is the issue of North Korea.

Consequently, Japan and South Korea are fearful as they watch an existential threat grow even more powerful.

Biden will aim to reassure these allies and pressure North Korea into denuclearization. However, this may be a challenge, given that North Korea’s official news agency recently referred to Biden as a rabid dog that “must be beaten to death with a stick”.