The Democrats Win Both Senate Races in Georgia

The two runoff elections in Georgia have decided which political party will gain control of the United States Senate -- the Democratic Party -- and consequently will assist President Biden in passing his legislative agenda. 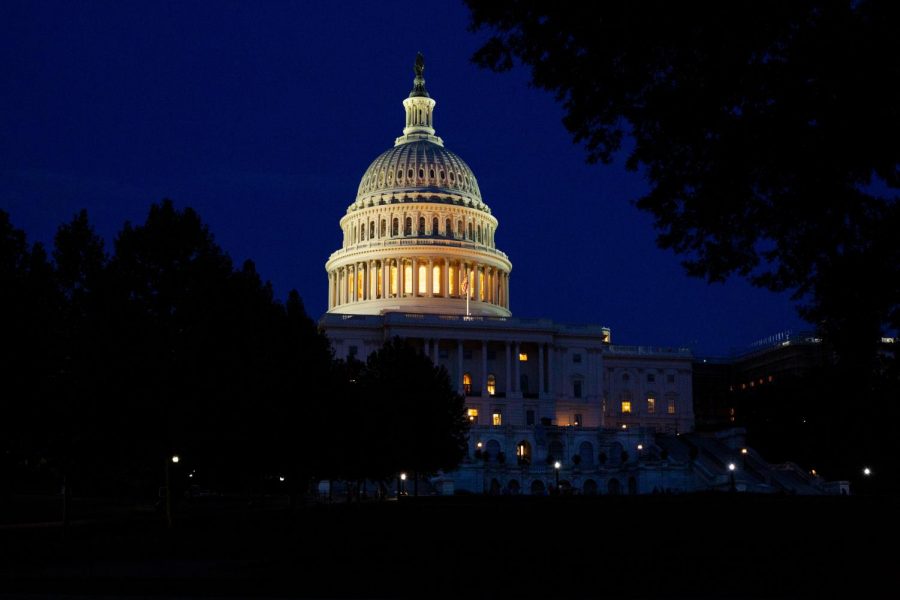 The two Georgia runoff races have decided the fate of the Senate for the next two years; the Democrats will gain control of the Senate.

Despite Joe Biden having been officially elected President of the United States after the November 3rd, 2020 elections, the 2020 elections were far from over. Two January runoff elections in the swing state of Georgia decided which political party would control the United States Senate. After the close runoff elections on January 6th, 2020, by January 8th, it was determined that Jon Ossoff and the Rev. Raphael Warnock beat their Republic opponents and that the Democrats won both senatorial seats. Therefore, the Democratic party will control the Senate, making it more likely for Biden to meet his ambitious agenda of passing legislation on police reform, allocating funds to stop climate change, and reversing Trump’s corporate tax cuts.

Democrats needed to win both seats in order to create the current reality, a 50-50 party split of the 100 members in the Senate. If the Democrats advance legislation that is blocked by all 50 Republic senators and supported by all 50 Democratic senators, the tie breaking vote will go to Vice President Kamala Harris in her role as President of the Senate. If Republicans had one just one of the races, however, they would have maintain a razor thin Senate majority and have been able to halt many of Biden’s more progressive policies, since the Senate Majority Leader controls what legislation is brought to the floor for a vote.

The state of Georgia allows for runoffs in general elections when no candidate receives a 50% majority of the votes in the initial count. In this case, the two candidates with the most votes went face-to-face in another election in January 2021, as happened in both Georgia Senate races this cycle.

In the initial elections in November 2020, Republican Senator Perdue hoped to reach the majority over his Democratic opponent Jon Ossoff, but he only gained 49.7% of the popular vote.

One of the two Senatorial Races was between the Republican incumbent David Perdue and Democratic challenger Jon Ossoff. Perdue is a former businessman who was the CEO of Dollar General, Reebok, and PillowTex. Ossoff is an investigative journalist for London TWI, a television production company that works with reporters to create documentaries about global affairs. As a high school student, he interned for former Georgia Congressman John Lewis. Before Ossoff’s run, he narrowly lost the election for Georgia’s Sixth Congressional District, but set national fundraising records in the process. Among many positions, Ossoff supports maintaining and improving the Affordable Care Act, eliminating Citizens United, adding financial regulations, and reversing Trump rollbacks on standards for fuel, clean air, and clean water. Perdue, on the other hand, voted to repeal the ACA, supported Trump’s withdrawal of the Paris Agreement, and reduced financial and environmental regulations.

The second race was between Republican Senator Kelly Loeffler and Democrat challenger Raphael Warnock. Loeffler is the former CEO of Bakkt and one of the owners of the Atlanta Dream, a WNBA team in the state. Loeffler’s husband is one of the chairmen of the New York Stock Exchange and the CEO of Intercontinental Exchange, a Fortune 500 company specializing in global exchanges that also owns Bakkt. Warnock is more specialized in religion than economics, as he is the senior pastor at the Ebenezer Baptist Church, the same church where Dr. Martin Luthur King previously preached. Since he was elected, Warnock plans to fight for raising the minimum wage, improving Obamacare, and adding environment-friendly standards for building automobiles. Loeffler, like Perdue, wanted to eliminate the ACA and financial regulations.

Perhaps the most iconic moment of either race was the debate between Ossoff and Perdue, where the former journalist attacked Perdue for his alleged insider trading. After multiple investigations, The Justice Department and the Senate Ethics Committee did not charge or convict Perdue or Loeffler, whose financial inquiries were also subject to suspicion. Perdue  made millions of dollars in stock trades by investing in Pfizer, a pharmaceutical company and sold stock in a casino company. Loeffler also earned millions by selling stocks in retail stores while buying ones for teleworking software companies. These financial moves were done and after the allegedly attended Covid-19 briefings earlier this year. Ossoff continued to attack the incumbent’s record in the Senate, where he supported repealing Obamacare and protections for people with pre-existing conditions while initially playing down the coronavirus. Lastly, the democratic challenger cited an attack ad made by Perdue’s campaign where his nose was made to be larger, citing it as playing to an antisemitic trope on his Jewish heritage.

One of the biggest issues for Republicans in this election was the conflict between Donald Trump’s accusations of election fraud in states like Georgia, whose electors voted for Joe Biden, and the runoff elections, where Trump has endorsed Perdue and Loeffler. The President has attacked the Republican Secretary of State Brad Raffensperger and Republican Governor Brian Kemp for not overturning the election results for him, even going as far as calling Raffensperger, “the enemy of the people.” This reaction has caused both Georgia senators to state their desire for the Secretary of State to resign based on the unsubstantiated claims of election fraud.