How and Why Do These Shrimp Walk on Land?

A parade of shrimp in Thailand gradually inches their way up-river on dry land to reach calmer waters. 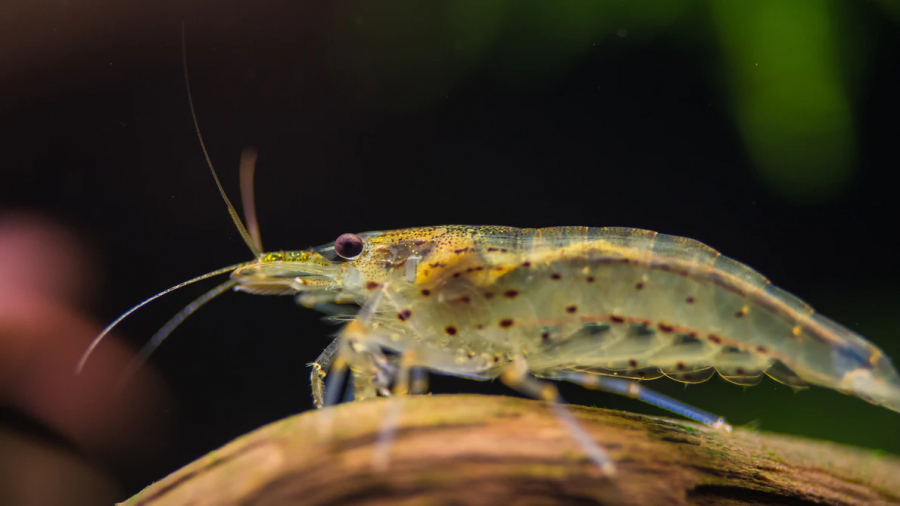 The parading shrimp can travel up to 65 feet upstream, leaving the water in increments of 10 minutes.

In the dark hours of the night, tiny shrimp slowly crawl out of water onto the riverbank of the Dom Yai River in Ubon Ratchathani, Thailand to make their journey upstream on dry land. These shrimp’s phenomenal feat piqued the interest of thousands of tourists, inciting wonder as to how they are surviving.

Watcharapong Hongjamrassilp, a Ph.D. candidate at the Department of Ecology and Evolutionary Biology, University of California Los Angeles, was one of the thousands of people who were intrigued by this phenomenon. Honjamrassilp uncovered the workings behind the wonder in his study. “I decided to go back to work on the shrimp because we know nothing about them, especially their biology, ecology, and behavior,” Hongjamrassilp said.

Working with Ubon Ratchathani Wildlife and Nature Education Center staff members, Hongjamrassilp staked out nine locations along the Dom Yai River, hoping to spot parading shrimp. However, the crustaceans were only detected at two sites, Lamdun Rapids and Yang Weir.

DNA analysis of the shrimp collected at these sites showed that nearly all were Macrobrachium dienbienphuense, a genus that lives mostly or fully in freshwater. Since they are freshwater creatures, a hydrological displacement that increases the river’s salinity encourages mass movement upstream to their preferred habitat. As a result, many M. dienbienphuense species spend part of their lives migrating upstream to find a home that suits their needs.

Many of the captured shrimp were juvenile and fragile, inhibiting them from going against the strong current of the river rapids. They have no choice but to travel along the rocky waterside to safely and efficiently reach calmer freshwater upstream.

So that explains why these shrimp travel on land, but the question remains: how are they doing this?

“The secret behind [how they can survive on land] is that the cephalothorax part of the shrimp (their head) can carry some water,” said Hongjamrassilp. Staying in the river’s splash zone keeps the shrimp wet, which grants them a constant supply of water to trap around their gills. The trapped liquid is moved into the gill passages, dissolving oxygen into the shrimp’s bloodstream. This mechanism that allows shrimp the breath on land is similar to how astronauts wear spacesuits to breathe on the moon.

However, as these creatures stray far from home, danger lurks in the shadows — the predators that await to feast on the shrimp. For the spiders, snakes, and frogs that inhabit the shore, the shrimp delicacy is abundant and filling. In addition to the dangers of predators, some shrimp can wander away from the splash zone and get lost. With the absence of water, these shrimp are cooked from the heat of the sun.

Despite such hardships, the majority of the shrimp reach their destination successfully.

Sadly, sightings of shrimp marching in Thailand seem to be declining. Shrimp – unlike some crustaceans – cannot survive on land, which makes the M. dienbienphuense even more fascinating with their parading behavior on rocky shores. To witness this marvel, thousands of tourists visit the Dom Yai river, effectively disrupting their journey on land. These distributions are caused when light is directly shone on them, causing them to leap back into the water and sent swiftly downstream.

By publishing his research, Hongjamrassilp hopes to bring a better understanding of the mechanisms and functions of animal migratory behavior to promote the conservation of freshwater crustaceans on the decline. Preserving such rare species may help manage them and steer them away from endangerment in a rapidly changing world.
Shrimp – unlike some crustaceans – cannot survive on land, which makes the M. dienbienphuense even more fascinating with their parading behavior on rocky shores.