Under a new Russian peace deal, Azerbaijan will recover Nagorno-Karabakh several decades after losing control of it to Armenia. 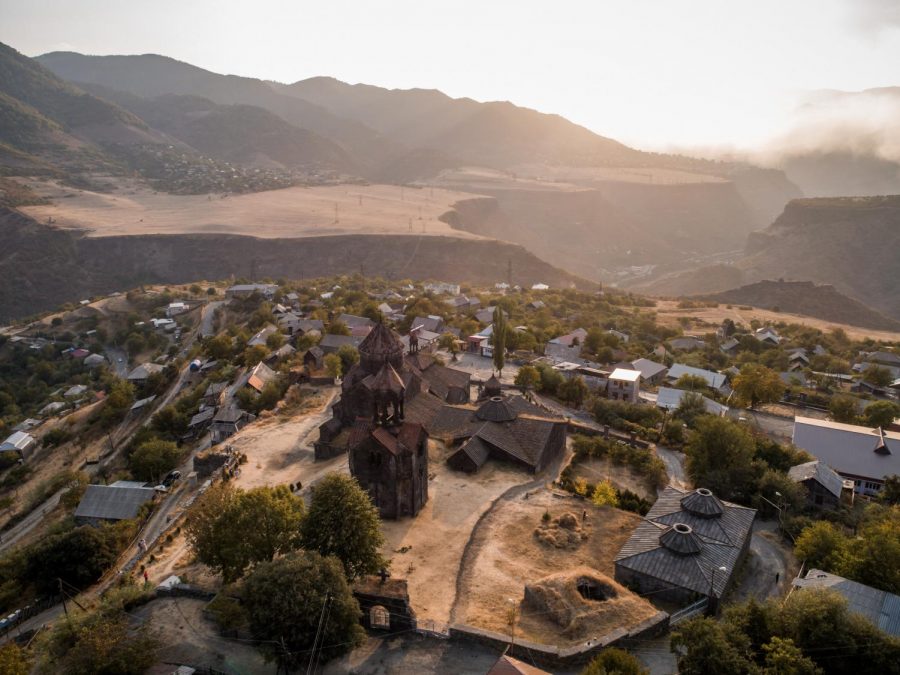 Russia has mediated a treaty between the two countries of Armenia and Azerbaijan to negotiate the fate of the territory of Nagorno-Karabakh. By the terms of the treaty, Azerbaijan will take control of territory that it has unsuccessfully claimed since 1990. Here is a photo of Monastery Valley in Armenia.

Once again, Russia has taken an authoritative role in the South Caucasus. On November 10th, 2020, Russian President Vladimir Putin announced his success in mediating a ceasefire in the Nagorno-Karabakh area. This will bring an end to roughly six weeks of brutal conflict between Armenia and Azerbaijan.

The Nagorno-Karabakh conflict is a term that many are familiar with, but few in America truly understand. Simply put, it is a dispute between the two former Soviet republics, of Armenia and Azerbaijan, over the ownership of a 1,700 square mile stretch of land. Armenian claims to Nagorno-Karabakh lie in the area’s large Armenian population of nearly 150,000. On the other hand, Azerbaijan cites its historical control over the area, extending to its time as an S.S.R. (Soviet Socialist Republic).

The countries of the South Caucasus have increasingly attracted Western attention as potential partners in both policy and economy. Azerbaijan, specifically, has afforded an alternative to Europe’s dependence on Russian oil. As closer cooperation with the West and Azerbaijan continues, the Nagorno-Karabakh conflict remains a major concern.

The two sides first traded blows through the dissolution of the Soviet Union. When Armenia and Azerbaijan proclaimed their independence, the area’s local administration, dominated by Armenians, voted to join with Armenia. Although the Armenian leadership was quick to embrace them, the Azerbaijani government refused to acknowledge the legitimacy of their decision. Animosity culminated in the 1992 Nagorno-Karabakh war where Russia supported Armenia to a decisive victory, allowing them to occupy most of the disputed territory.

Throughout the twenty-first century, the Azerbaijani government has made it a priority to regain control of the region, yet they were consistently disappointed in their diplomatic overtures. The Minsk Group, an OSCE council created to facilitate a diplomatic end to the conflict, was regarded by many Azeris to be biased against Azerbaijan. The three co-chairs of the group are Russia, France, and the United States, flanked by various regional powers with far less influence. All three of these chairs have ties to Yerevan, the capital of Armenia. France and the United States both have large Armenian populations with strong lobbies that have influenced their politics for decades. The United States even passed an infamous law in 1992 that banned all direct aid to Azerbaijan. This law has still not been repealed, and has instead been cancelled on an annual basis since the start of the war in Afghanistan. Furthermore, Russia is an open ally of Armenia. It directly aided Armenia in its original occupation of Nagorno-Karabakh.

Former representative of Azerbaijan to the United Nations, Rufat Novrusov summarized the frustrations of Azerbaijan with his comment, “The goal of the Minsk Group was not to force Armenia out, but to keep things pleasant.”

Rather than negotiating with the Minsk group, Azerbaijan increasingly looked for a regional solution to the problem. Russia jumped at the opportunity to demonstrate their magnanimity, largely ignoring the Minsk group and personally mediating several ceasefires in the last two decades. However, Russia’s intentions were to maintain the status quo and little more. A permanent resolution to the conflict would bring an end to the very profitable arms trade Russia had with both countries. The need for Russia to balance its close relationship with Armenia and a rising one with Azerbaijan also restricted progress in the negotiations.

Mr. Novrusov stated, “We always said that if the conflict isn’t resolved diplomatically, then we have all the rights to use force to retake the territory.”

This threat of this “force” was long curbed by Russia’s alliance with Armenia. However, the election of the Western-leaning Armen Sargsyan to the presidency of Armenia in late 2018 destabilized the relationship between Russia and Armenia. The fear of a democratic revolution in Armenia, similar to the one in Ukraine, was prominent in the minds of the Russian leadership.

Thus, when the Azerbaijani army started their campaign on September 27th, 2o20, they did not have to fear Russian soldiers. In fact, even economic sanctions were not imposed on the country that was attacking their ally. Whether this was to humble an increasingly autonomy-wanting Armenia or an attempt to improve Russian relations with Azerbaijan, Azerbaijan became the Russian-sanctioned owner of the Nagorno-Karabakh region.

The future of this peace agreement is uncertain, but its discussion in the international community will have profound effects on ideas of territorial integrity and on the United States’ position in the Middle East.
We always said that if the conflict isn’t resolved diplomatically then we have all the rights to use force to retake the territory,” said Rufat Novrusov, Former representative of Azerbaijan to the United Nations.