Changes in U.S. and Saudi Relations Are Inevitable Under President Biden

As Biden takes office starting on January 20th, 2021, the United States’ foreign relations with Saudi Arabia will very likely change and be more confrontational and critical. However, the U.S. must also ensure amicable relations with the kingdom, as they are an important ally. 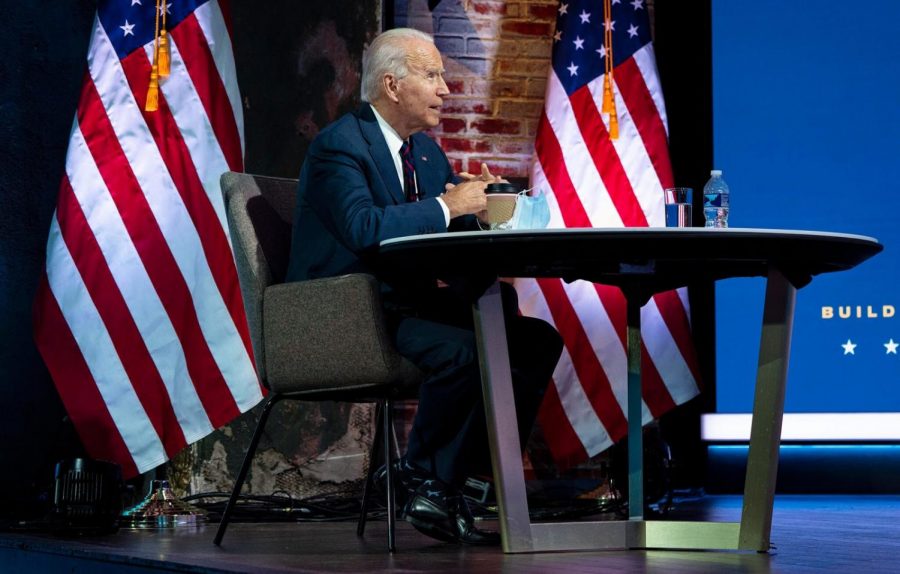 Biden states he is going to be more critical of Saudi Arabia’s policies after he takes office in January 2021. “It is past time to restore a sense of balance, perspective and fidelity to our values in our relationships in the Middle East,” Biden said.

The journalism Jamal Khashoggi’s death in Saudi Arabia’s Consulate in Istanbul, Turkey, on October 2nd, 2018, was followed by international backlash against Saudi Arabia. Even so, President Trump has displayed outright support for the kingdom over the past two years.

More recently, in Saudi Arabia, oppression as well as war have only increased, since Mohammed bin Salman became the kingdom’s crown prince.

In 2017, Mohammed bin Salman became the heir to the throne of the kingdom. Since then, he has imposed his own policies of censorship, oppression, and violence that continued to remain unchecked. The two most exemplary examples of this are the Yemen War and the death of Washington Post columnist Jamal Khashoggi.

The Biden administration will inevitably reverse President Trump’s nationalist perspective on the United States’ foreign policy, and one of the most likely shifts to occur will be its diplomatic tie with Saudi Arabia.

Trump’s unequivocal support for the kingdom was highlighted in 2018, when he did not reprimand the kingdom for their killing of journalist Jamal Khashoggi. The C.I.A. concluded that this was the result of a plan devised by bin Salman, in order to silence his political opponents.

However, the death of Jamal Khashoggi was not the only case in which Mohammed bin Salman sought to consolidate power through any means. Instances of censorship and suppression of freedoms in Saudi Arabia have been identified in the detainment of several activists, the majority of them women, and the removal of various political opposition groups. The death of Jamal Khashoggi, for which Saudi Arabia is responsible, was simply the driving factor that allowed the world to see the harsh truth behind it all.

Moreover, the United Nations has declared the war in Yemen to be the worst humanitarian crisis in the twenty-first century thus far. This designation is due to the number of civilian deaths, which are primarily caused by Saudi airstrikes in regions with schools and hospitals.

The Yemen war can be traced back to when Iran-backed Houthi rebels took control of Sana’a, the capital of Yemen, in 2015. The Houthi movement is run by a group of Shia Muslims, a minority subdivision in Islam. In an attempt to prevent the progress of the Shiite Muslims, nations that are predominantly Sunni Muslims (the major branch of Islam), the leading nation being Saudi Arabia, intercepted the war in Yemen. The Saudis ordered over twenty-thousand airstrikes on Yemen territory thus far and have caused over sixty percent of civilian deaths.

As of November 2020, Saudi Arabia, realizing the changes they need to make to their own policies as a result of Biden’s victory in the presidential election, declared that it is willing to stop waging war in Yemen.

The kingdom will not be granted the covered immunity and unequivocal support from President Biden that they had enjoyed with Trump. “Saudi Arabia will change their behavior to get on good terms with Biden, and it won’t exactly be the same with Trump,” said Atun Chaudhuri ’21.

Biden has already stated that he will be more critical and punishing towards the kingdom’s actions. “I think that the Biden administration will cause American and Saudi Arabian relationships to become less friendly. Biden has said that he would stop selling weapons to Riyadh. He wants to re-enter the Obama-era nuclear deal with Iran and called Saudi Arabia a pariah,” said Saziea Biva ’24.

Furthermore, Biden has explicitly stated time and time again that he is going to terminate the leniency that Trump had displayed toward the kingdom. “it will take some time for Saudi Arabia to be on amicable terms again with America,” said Samiul Howlader ’23. To achieve the same relationship status they possessed with Trump, Saudi Arabia will need to display their willingness to change by altering some of their policies.

However, the primary reason that President Trump wished to maintain a friendly, peaceful relationship with Saudi Arabia is that he knows that the kingdom is an imperative ally. Due to the fact that the United States is the primary supplier of Saudi Arabia’s firearms, and also because of their possession of an ample amount of oil reserves, “Trump mainly focused on Saudi Arabia in his Middle East policy and backed its stance against Iran,” said Biva.

Therefore, in order to preserve the friendly, peaceful relations achieved by President Trump, our nation must proceed with caution since Saudi Arabia is one of the United States’ most crucial allies.
“It will take some time for Saudi Arabia to be on amicable terms again with America,” said Samiul Howlader ’23.