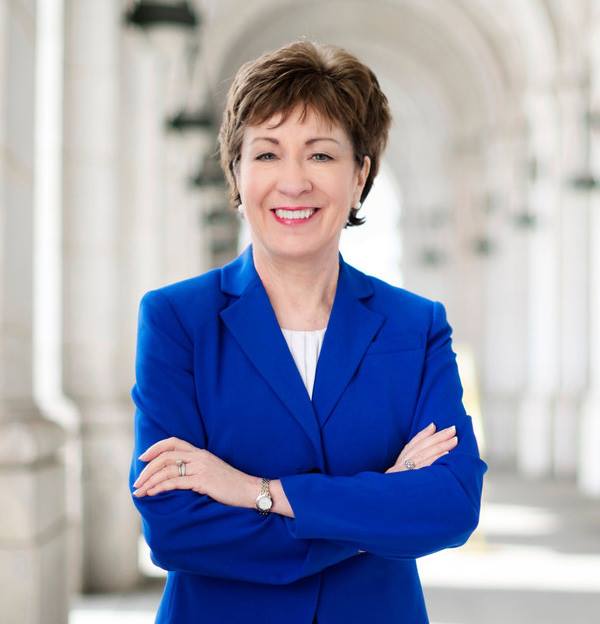 Known for her independence and willingness to vote against her party, Susan Collins is one of the last of the moderate Republicans left in Congress.

Talking about the recent Senate race in Maine, Terry, a firefighter from Farmington, told me, “There’s too much out-of-state interests.” The state’s recent contest pitted longtime Republican senator Susan Collins against Democrat Sara Gideon. Terry was not alone in that sentiment. Regardless of their political beliefs, everyone I spoke to in Maine expressed dissatisfaction with the negative tone and large amounts of outside money that were poured into the race. Democrats in Washington had seen Collins as a prime target in their path to retake the U.S. Senate. They believed that a Republican senator in a solidly Democratic state would fall in an anti-Trump wave in today’s polarized political climate. Not a single pre-election poll showed Collins winning. Yet, politicians from both sides were stunned on election night when Collins not only defeated Gideon but beat her by a relatively comfortable margin. Living up to their reputation of independence, Maine voters elected Joe Biden by a margin of 9 points yet reelected Collins by 8. It was the only instance of a state voting for different parties in a presidential and senate race in 2020.

Also in the race were two independents, Lisa Savage and Max Linn. I had the chance to speak with Ms. Savage, who received 5% of the vote, about her candidacy. She is quoted throughout the article, and the audio of our interview is below. Ms. Savage is a longtime schoolteacher and peace activist who ran on a progressive platform of Medicare for All and a Green New Deal, and she talks at length in our interview about her platform and what resonated with Mainers. She also talks about how ranked choice voting gives voters more choice and allows them to not worry about voting for a so-called “spoiler candidate,” something that has happened in the past in Maine.

Senator Collins is no stranger to Mainers. She has represented them in the U.S. Senate since 1997, and up until now has been reelected three times, each time by a large margin. She is the only Republican from New England in all of Congress. Collins brands herself as a moderate who is willing to buck her party and vote independently. This is nothing new for Maine, a state with a history of electing moderate Republican women such as Margaret Chase Smith and Olympia Snowe. The state’s other current Senator, former governor Angus King, is one of the Senate’s two independents, though he typically votes with Democrats.

Collins caused an uproar among liberals when she voted to confirm conservative justice Brett Kavanaugh to the Supreme Court despite allegations of sexual assault against him. She had already aggravated them to a lesser extent when she voted for the Tax Cuts and Jobs Act of 2017, a bill that gave tax cuts to wealthy corporations.

The Kavanaugh vote inspired liberals to pour money in a concerted effort to defeat her. They eventually coalesced around state house speaker Sara Gideon. Gideon branded herself as a moderate who worked across party lines while in state government. She and national Democrats accused Collins of voting in line with Mitch McConnell and Donald Trump. They assumed that would be enough to defeat Collins. They were wrong.

Back in Farmington, Gideon’s attacks against Collins did not stick. “She’s fair and she’s done a good job,” Terry said, also noting that Collins is bipartisan. Farmington, located in northern Maine, is a small town in a state defined by small towns, and many people in small towns throughout Maine voted for Biden and Collins, including Farmington. Farmington is located in the state’s rural second congressional district. In true Maine fashion, the second district narrowly voted for Trump, reelected its democratic congressman Jared Golden (a former marine who used to work for Collins) by a wide margin, and voted for Collins in huge numbers.

Mainers have known Collins for decades, and many have personal relationships with the senator. She shows up to their businesses and festivals. Collins campaigned on local issues and told Mainers that she would use her position as either chair or ranking member on the Appropriations Committee to direct federal funding to projects in the state. “Seniority is important,” said Sue, the town clerk for Sanford, a town in the more liberal southwest. Sue has worked in the town office for 32 years, even longer than Collins has been a senator. She told me that she felt like this race was an invasion of dirty politics and money. Outside groups spent tens of millions on the race, with national Democrats spending a whopping $120 million on advertising. “The advertising was overkill,” Sue said. Sue takes pride in her independence. Despite typically voting for democrats, Mainers are very nonpartisan, and candidates often rely on personal brands to garner voters like Sue. “I’ve voted many times outside the party I am registered for,” she said.

Ms. Savage agrees that big money backfired in this race. “We spent around $5 for every vote we earned,” she said. Sara Gideon spent over $200 per vote. “People were surprised how poorly she [Gideon] did given the vast amounts of money,” she added.

In the midst of the partisan battle for the presidency and Senate, it seems that Gideon and Democrats mistook Maine for its biggest city, Portland, a liberal bastion on the coast. They seemed to have failed to tailor their campaign to small-town voters, who make up most of the state’s electorate and, in the end, carried Collins to victory. Ms. Savage decided to keep her campaign hyperlocal and invest in local journalism. “Most of Collins’ and Gideon’s spending was in Silicon Valley. We sort of felt like hey, let’s keep that money in Maine,” she said.

Sue told me that she heard a local radio host talk about the need for change in Washington and that it resonated with her. Democrats did not sell this message enough, and running a moderate against an established moderate did not differentiate Gideon enough from her opponents. Ms. Savage showed that being liberal in Maine is not a liability. “The majority of people in Maine want Medicare for All, and want meaningful action on climate change,” Ms. Savage said. She also said that Democrats overestimated the effect the Brett Kavanaugh vote had on the race. Terry, the fireman, told me that he thought both Collins and Gideon were qualified and would do similar things in Washington, but that only Collins had seniority. Sue expressed a similar sentiment.

In fact, little of what they had to say was about Sara Gideon. Over the course of my interviews, I heard little about Gideon’s accomplishments in state government or her policy proposals. Gideon ran as the anti-Collins, and that made her bland and forgettable. Gideon failed to give Mainers a good reason to vote for her, just that they should vote against national Republicans. In Maine, that was a losing message.

In the end, Mainers showed that many voters are turned off by today’s hyperpartisan political landscape. The majority of Mainers voted for someone they know and trust instead of someone from their political party, over the objections of Washington D.C. liberals who thought nationalizing the race and dumping money into the state was the path to victory. “I don’t think they changed anybody’s minds,” Terry said. Instead, they left Mainers exhausted and angry at those who tried to suppress their independence. Collins showed the value of knowing your audience. That audience was sick of negative commercials, false attacks on character, and cold callers. They are tired of partisan gridlock. “It turns my stomach after a while,” Sue, the town clerk, said. It seems the majority of Maine voters agreed, and so, for a fourth time, Susan Collins has been re-elected.

Journalistic note: The first few minutes of my interview with Ms. Savage were not recorded; however, all major points are still included. My audio recording of the interview are used by permission of Ms. Savage.

Collins showed the value of knowing your audience. That audience was sick of negative commercials, false attacks on character, and cold callers.