Despite lack of evidence, Donald Trump and many of his prominent Republican allies continue to allege that the results of the recent 2020 presidential election were fraudulent, but their legal battles aren’t what they appear to be. 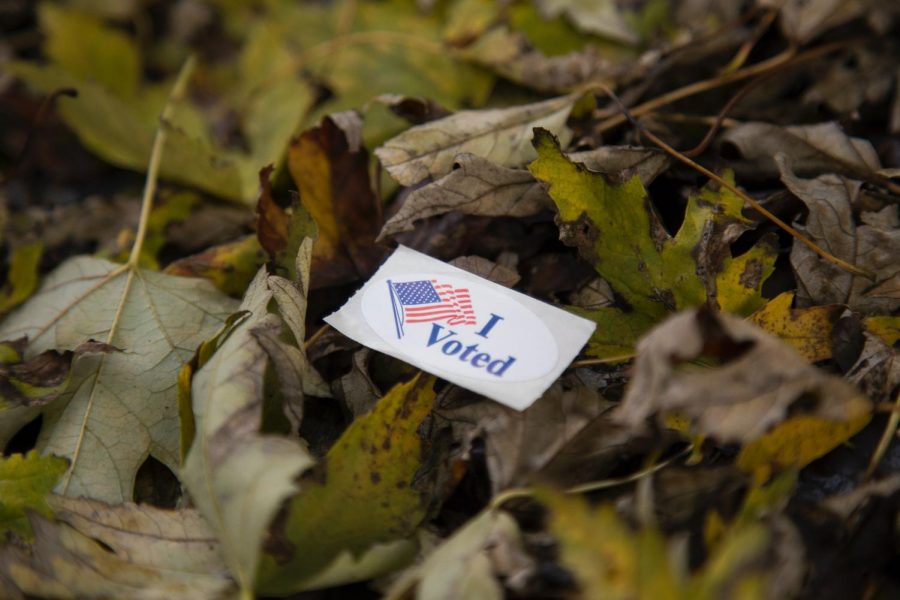 “I think that the President and his allies continue to claim voter fraud because they simply can’t accept the fact that they lost the election,” said Bon Lau ‘23.

Donald Trump and some of his prominent Republican allies continue to deny the results of the recent 2020 election. Despite lack of evidence, they claim that rampant voter fraud is the reason that Joe Biden won crucial battleground states like Michigan and Pennsylvania, allowing him to cinch the Presidency.

“This election is a far bigger scandal (FRAUD!) than anyone would have thought,” said the president on December 2nd, 2020, in a tweet flagged by Twitter as unsubstantiated.

On November 7th, 2020, after a three-day vote count, major news outlets and polling groups projected that Joe Biden would be the ultimate winner of the 2020 election. The previous days had seen statements by both the candidates that presented very different messages to their supporters about the results of the election.

“We were getting ready to win this election, frankly, we did win this election,” declared President Trump during a short address to his allies in the White House. During that same speech, he declared victory in states like Arizona and Georgia (where he recently lost a recount), which ultimately went to Joe Biden once all the votes had been counted.

It is in these battleground states that President Trump is pursuing legal action to overturn the results of the election, but his legal battles are not exactly what they seem to be.

Many of the claims that the President is making are much more serious than what his legal team is arguing before a court. In Philadelphia County, Pennsylvania, the President’s legal challenges are not over large quantities of fraudulent ballots, but over a lack of poll watchers representing the Trump campaign in polling places throughout the county.

This claim about poll watchers was dismissed by a judge, but it seems as though the Trump team was not arguing for what the President says. While the president seems to claim large scale, calculated fraud, his lawyers are instead pursuing smaller, less consequential claims in court.

“I’m sorry, then what’s your problem?” said Paul S. Diamond, the Pennsylvania judge who heard Trump’s case about poll-watchers. He said this in response to the Trump attorney’s admission that there were a “nonzero” number of people representing the campaign in polling places throughout Pennsylvania.  This means that the claim about poll watchers made by the Trump legal team was false, making it impossible for it to overturn the election results in Pennsylvania.

Many of Trump’s cases throughout the country have been dismissed in a similar fashion, including one just recently in The Supreme Court regarding the results in Pennsylvania, Wisconsin, Georgia and Michigan. This case was spearheaded by the Attorneys General in states like Texas and had support from many Republican lawmakers across the country.

But for Democrats, these cases represent the beginning of a concerning effort to sway favor not in a court of law, but in the court of public opinion.

“I can’t see them going anywhere with voter fraud in legal terms because there’s no evidence whatsoever,” said Bon Lau ’23. “I don’t think Trump has any chance of overturning the election with legal battles.”

The numbers seem to agree, Biden leads by such wide margins in states like Georgia and Michigan that Donald Trump’s attempts to change results seem increasingly futile. Any of the President’s remaining chances to stay in office seem to have been eliminated by the electoral college’s official announcement that Joe Biden had won the election, which was made on December 14th, 2020.

Regardless, the President does not seem to be slowing down.

He continues to make statements about the election both on his Twitter and in various short addresses to his supporters and allies, including a recent rally in Georgia where he was campaigning for the upcoming Senate runoff elections there.

These severe allegations claim that millions of votes that were counted in the 2020 election were fraudulent.

By publicly doubting the system that elected Joe Biden, President Trump could be sabotaging Biden’s ability to unite a deeply divided America.

Seventy-four million Americans voted for Donald Trump in 2020, and many of those supporters believe the President’s baseless claims about election fraud. With a significant portion of the nation seeing Joe Biden as an illegitimate President, it could be difficult for him to follow through with his promises of bringing America back together.

“We have to stop treating our opponents as enemies. They are not our enemies. They are all Americans,” said President-Elect Biden in his victory speech on November 7th, 2020. Since then, Biden has been declared the official winner by the Electoral College. While it is inevitable that he will be sworn into office on January 20th, 2021, the rhetoric of the current president may make his promises hard to keep.
“I can’t see them going anywhere with voter fraud in legal terms because there’s no evidence whatsoever,” said Bon Lau ’23.