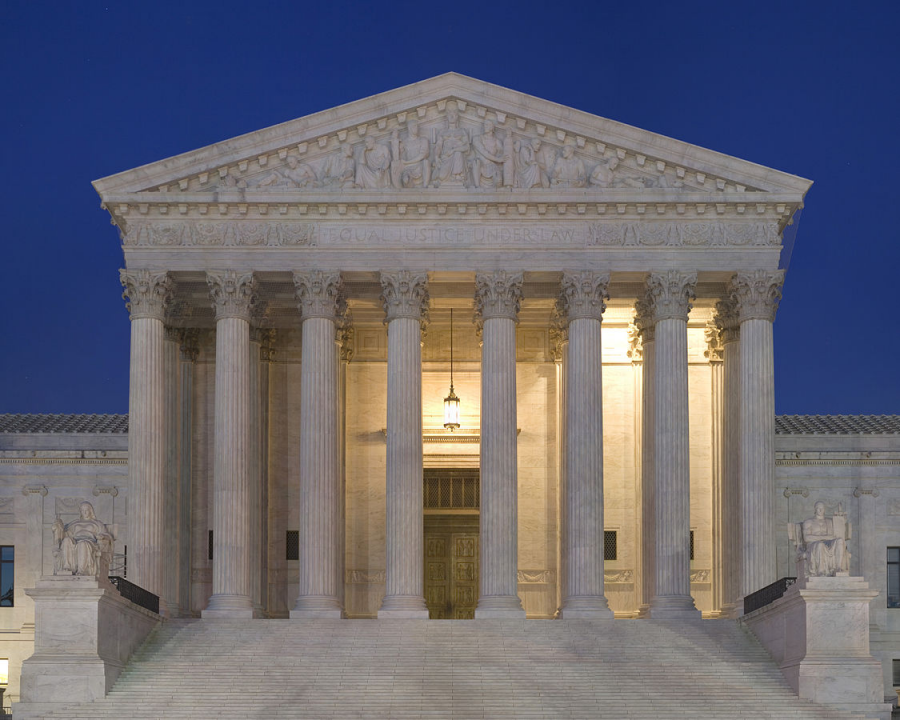 Six of the nine Supreme Court Justices have been appointed by a Republican president - three by President Trump. This shift in the makeup of the court leaves many liberal Americans uneasy about future SCOTUS decisions.

In the wake of Justice Ruth Bader Ginsburg’s death on September 18th, 2020, millions of Americans have mourned the loss of “a jurist of historic stature,” in the words of Chief Justice John Roberts. Throughout her career, Justice Ginsburg championed numerous issues, among them tackling gender inequality and discrimination on the basis of sex.

Affectionately known as “the Notorious RBG,” Justice Ginsburg was appointed by President Bill Clinton in 1993 and authored several majority opinions during her time on the Supreme Court. Most notably, she wrote the majority opinion in United States v. Virginia, which allowed women to attend the Virginia Military Institution, formerly an all male school. She also stood in the majority in the landmark case that legalized same-sex marriage, Obergefell v. Hodges.

However, Justice Ginsburg was most well-known for her dissenting opinions, specifically in Burwell v. Hobby Lobby Stores where she advocated for employers to fully cover birth control for their employees. Justice Ginsburg had a profound impact on the Supreme Court, and her absence leaves a gaping hole within the judicial branch.

Justice Ginsburg traditionally sided with her liberal colleagues, Justices Kagan, Sotomayor, and Breyer. Many landmark cases, including Obergefell v. Hodges, were won by a slim margin, often with 5-4 decisions. Chief Justice Roberts used to be the swing vote, and the outcomes were able to go either way. However, many liberal Americans now fear for the decisions made with future cases, since President Trump has replaced Justice Ginsburg with a more conservative justice. President Trump has already appointed Justices Gorsuch and Kavanaugh and has shifted the makeup of the court further towards conservative values.

Although the power to nominate a Justice falls within the current President’s responsibility, President Obama nominated Judge Merrick Garland in March 16, 2016 of his last term, but was unable to gather enough Senate votes for a confirmation due to what they claimed was the relatively close termination of his presidency. Many Americans have pointed out the hypocrisy of Amy Coney Barrett’s nomination by President Trump, and her appointment only eight days before the Presidential election on November 3rd, 2020, and they have questioned whether Barrett deserved to be confirmed.

Despite Democrats’ fervent protests, Justice Barrett was confirmed to the Supreme Court on October 26th, 2020. During Barrett’s confirmation hearing, every Senator voted along party lines, with the exception of Senator Susan Collins, a Republican who voted against Barrett’s confirmation to the court. According to The New York Times, this was the first time in 151 years that a Supreme Court Justice was confirmed without a single vote from the minority party.

Justice Barrett, a staunch believer in Catholicism, prefaced her traditionally conservative views by reassuring the American people that she will vote based on precedent and law, not her personal beliefs. However, many Americans are still apprehensive about the future Supreme Court decisions regarding pressing issues such as abortion, access to birth control, and healthcare.

Justice Barrett’s views greatly differ from those of Justice Ginsburg in many ways, especially regarding voting rights. Justice Ginsburg fought fiercely to protect voting rights during her time on the bench, specifically in Bush v. Gore, where she famously authored the dissenting opinion, arguing that every vote in the Presidential election should be counted.

In contrast, Justice Barrett does not share the same strong support for protection of voting rights. “I worry about Barrett’s view on voting rights, which are under siege in this election and have been for the past decade,” said Peter Haywood ’21. The prevalence of mail-in ballots during this election has caused many to cast doubt on the security of the process. The results of the November 3rd, 2020 election have been contested by President Trump and could possible result in a case before the Supreme Court, although that is unlikely given the lack of evidence presented by the Republicans. Justice Barrett’s views on voting rights concern many Americans, especially since she was nominated by President Trump.

Healthcare is another issue concerning many Americans, especially given the circumstances surrounding the global Coronavirus pandemic. President Trump is fighting to repeal the Affordable Care Act and when this case is taken to the Supreme Court, Justice Barrett is likely to vote in favor of striking down the legislation. Were the Affordable Care Act be struck down in its entirety, this would strip millions of Americans of healthcare in a time when many face health crises and economic hardship due to the pandemic.

The uncertainty surrounding Justice Barrett’s confirmation and the grief surrounding Justice Ginsburg’s passing is in the hearts of many Americans. Justice Ginsburg lay in the Capitol building, making her the first female to receive this honor in United States history. Even after her passing, she continues to be a monumental figure for women’s rights and inspires others to break down barriers. Justice Barrett’s time on the court promises to be controversial, but Americans can only hope that she will remain an impartial scholar of the Constitution and federal law. The Supreme Court plays an important role in American democracy, and this moment in history will certainly influence decades of legislation in our nation.
“I worry about Barrett’s view on voting rights, which are under siege in this election and have been for the past decade,” said Peter Haywood ’21.