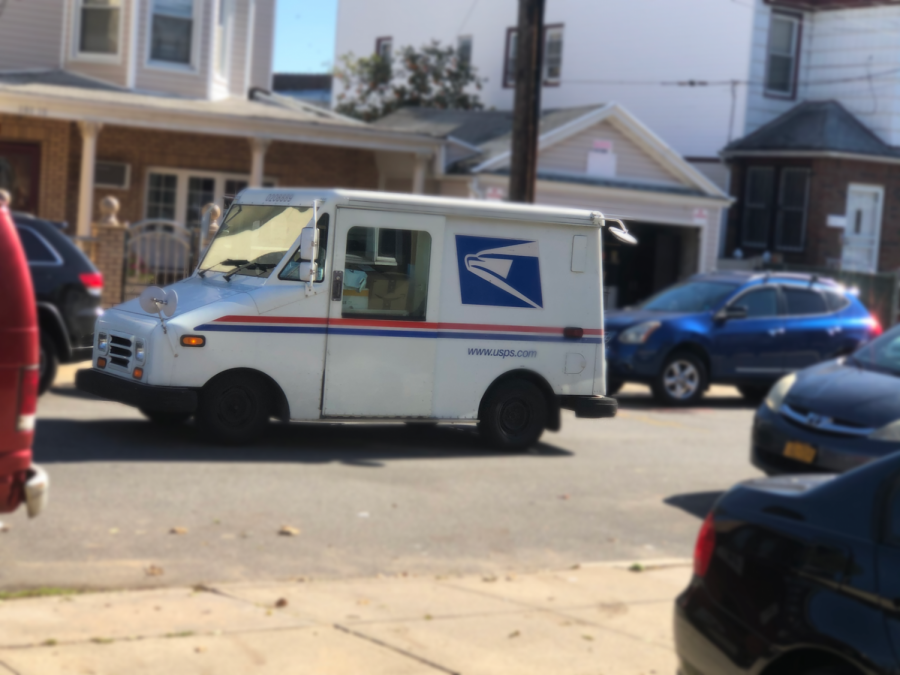 Despite the snow, the rain or the Coronavirus pandemic, a U.S.P.S. truck and its courier leave a neighborhood after successfully delivering mail.

During this election year, many American have opted to vote via mail-in ballots as the advent of the Coronavirus has made in-person voting too risky. In order to get their votes delivered, Americans have had to rely on the United States Postal Service. But the U.S.P.S. has problems of its own, along with the circumstance of the year, the U.S.P.S. has been in a major financial crisis for over a decade, and its ability to handle the influx of mail-in votes has come into question. With so many voters relying on the service to deliver their votes, a very real concern about widespread voter disenfranchisement has arisen, and the government under the Trump administration has not done much to combat it.

The trouble with the U.S.P.S. began in late 2006, when the Congress under the Bush Administration passed the Postal Accountability and Enhancement Act (PAEA), mandating the USPS to pay for employee benefits fifty years in advance, as opposed to the pay-as-you-go method. Requiring the U.S.P.S. to pay for these benefits in advance generated heavy debts each year, as the money to pay for it all simultaneously was not available. In the thirteen years of the legislation, the USPS accumulated $140 billion in debt and has lost over $70 billion.

In February 2020, the government tried to amend the repercussions of the bill by repealing the PAEA by passing the USPS fairness act. When the first coronavirus relief bill, the CARES act, was passed there were included provisions for the USPS to be able to borrow up to $10 billion from the U.S. Treasury.

Then, in August the meatier HEROES act was passed by House Democrats with an offering of $25 billion to be used by the U.S.P.S. to replace lost revenue during the Coronavirus pandemic. Even so, negotiations in the U.S. Senate have been moving slowly, due to the majority Republican senators who refuse to pass the bill in its current state, on the basis of it being too costly and unrealistic.

Problems have also arisen with the U.S.P.S. after the appointment of Postmaster General Louis DeJoy by a Trump selected board of governors. DeJoy had been removing essential mail sorting equipment and cutting overtime for postal workers, which critics believe would have led to slowdowns in the Post Office and consequently lead to voter disenfranchisement. During a hearing before Congress, DeJoy promised that he would cease his cost cutting measures until after the election. This promise however has only mitigated potential damage, the over 600 sorting machines fundamental to the workings of the U.S. Post Office have yet to be retrieved.

The coronavirus along with DeJoy’s cost cutting have also made postal workers’ lives more difficult. Hours have been cut, the service has become disorganized, and the risk of exposure to the virus is higher than other essential workers. More than 50,000 workers have taken time off to deal with Coronavirus-related issues. The virus has deterred many postal workers from working, resulting in lower productivity and efficiency, which has proven to be a problem as ballots come in.

Perhaps the greatest threat to the integrity of the U.S.P.S. and voting via mail has been the hysteria created by President Trump concerning voter fraud. During the first debate, President Trump made comments in reference to the legitimacy of the ballots, stating, “It means you have a fraudulent election. You’re not equipped to, these people aren’t equipped to handle it, number one. Number two, they cheat.” Fraud via mail in ballots on a widespread enough basis to affect the election has been disproven, with the Brennan Center for Justice stating that there have only been 491 cases of absentee ballots fraud from 2000 to 2012. Mr. Stuart Symons, an A.P. U.S. History teacher at Bronx Science, who had dropped off his absentee ballot at a polling station, thinks that “expanding voting by mail was the right thing to do this year. I have faith that here in New Yorkj, my vote will be counted.”