Will the Coronavirus pandemic help to increase the use of surveillance technologies? 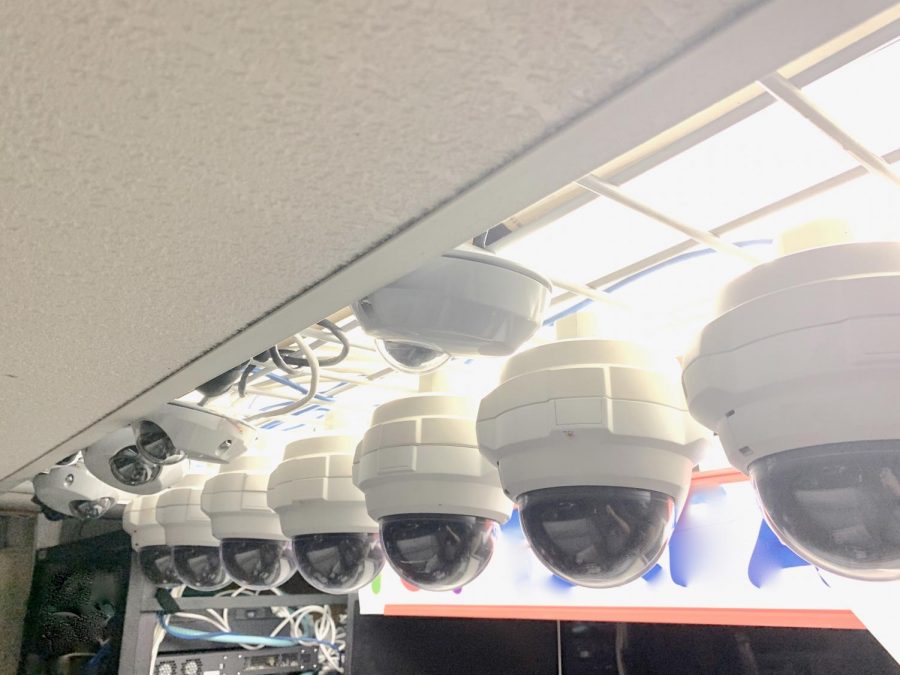 State of the art surveillance technologies, like these IP cameras in a retail environment, may become increasingly popular in a world with the Coronavirus.

Over the last decade, public spaces and local establishments like stores and restaurants have become far more reminiscent of the dystopian world outlined in George Orwell’s “1984.” Blanketed in a myriad of sensors and security cameras, these places collect copious amounts of data on their patrons. Such data has been used as one of the primary inputs in a number of machine learning programs that analyze people’s behavior to help both public and private organizations make decisions to optimize their operations. Given the fear of a second outbreak of the coronavirus, there is no doubt that these organizations will harness these technologies to streamline their operations and uphold the safety of their guests and employees.

Some Americans may have concerns regarding an intensive surveillance operation to track people’s movements with the pressing need to roll out contact tracing. The very premise of implementing an effective contact tracing program in New York relies upon accurate intelligence about who has come into contact with a certain individual, and the notion of government monitoring its citizens is undoubtedly something that seems like a novel violation of privacy. Interestingly enough, comprehensive surveillance has been at the forefront of counter terrorism efforts in New York City for many years, with the introduction of NYPD’s Domain Awareness System, a joint venture between Microsoft and the city to combat crime in real time.

The Domain Awareness System consists of over 18,000 cameras, license plate readers, various sensors, and Patternizr, a machine learning algorithm.  The system also comprises the latest high resolution, megapixel IP cameras.  Some of those cameras have pan-tilt-zoom (PTZ) capabilities, enabling the camera operator to zoom into a certain area to identify faces and license plates.  Components of the system may be instrumental facets of contact tracing programs as they can provide insight regarding who came into contact with someone who tested positive for coronavirus.

IP cameras are becoming increasingly important in a world with the coronavirus. While these cameras can already be found in high-security areas like the United Nations headquarters in Manhattan and branches of the world’s largest banks, the technology has a multitude of new uses in the status quo. One may already be familiar with the screens at entrances of public areas on which a live video feed of themselves is displayed. Modifications to this technology include displaying a person’s temperature as measured by an embedded thermal camera and facial recognition software to determine if the person has a mask on are already being developed. That is a startling reminder of the new normal that office workers will encounter as they return to in-person work and are screened before entry.

Many retailers have been exploring the use of camera arrays in their stores to collect information on customer behaviors to provide a “cashierless” experience or to aid in loss prevention. During the pandemic, the preeminence of retailers with this technology has been brought to the forefront of proposed solutions for reopening in an effort to protect brick and mortar retail employees from the spread of the coronavirus. A notable development was Amazon’s sudden willingness to befriend its competitors in an effort to sell the technology it uses in its Amazon “Go” branded convenience stores.

There is no doubt that technology has dramatically changed the way we live our lives – especially during the course of the coronavirus pandemic. While privacy concerns are seemingly emerging in every facet of our digital lives, those surrounding the use of surveillance technologies in efforts to limit the spread of the coronavirus should be carefully examined. Nonetheless, such technologies may also be the beacon of hope that guides our society back to reopening, and may allow us to reinvent the way we live for the better.