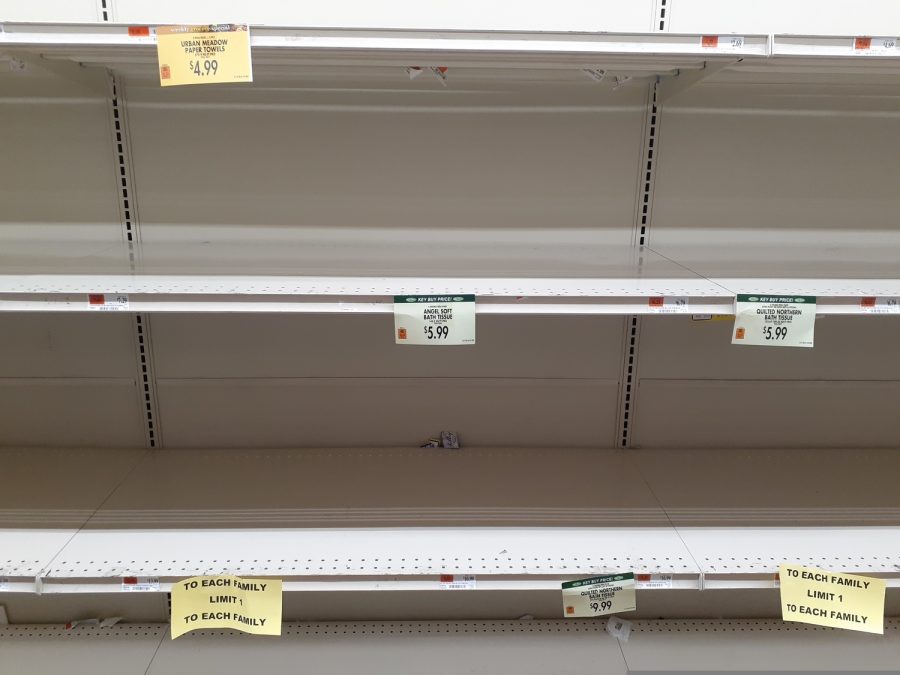 During the Coronavirus pandemic with empty grocery shelves in many neighborhood groceries in New York City, Representative Alexandra Ocasio-Cortez is restocking her constituents' pantries.

38,872. As of May 29, 2020, the total number of confirmed Coronavirus cases in New York’s 14th Congressional District was 38,872. The New York Times has deemed District 14 the “epicenter of the epicenter” of the coronavirus outbreak in the United States. Within weeks, the pandemic has decimated the immigrant and minority populations of Queens and The Bronx.

District 14 is home to over 700,000 people, with more than half of the population representing minorities. As the epicenter of New York City, District 14 has seen more cases than all of Manhattan combined, even though it houses almost a million fewer people. The reason behind this discrepancy is the socioeconomic differences between the people residing in District 14 and elsewhere. The average household income in this district is roughly $60,173 with thirteen percent of the population residing below the poverty line. A large fraction of the population work jobs that are deemed “essential” and hold up their communities by restocking grocery stores, delivering food, working in the public transit system, and much more.

“An essential worker is any person in this country that is helping keep the lights on and helping us live day by day,” said Representative Alexandra Ocasio-Cortez in an interview with Nightline co-anchor Juju Chang.

Every day, essential workers are putting themselves at risk to provide for their community. Fifty-five percent of New York City’s essential workers are African-American and Latinx, meaning the pandemic is affecting those communities disproportionately. Ocasio-Cortez described this in terms of a vacuum. She said in an interview with ABC News: The Political View that “Inequality is a preexisting condition…When a pandemic like this hits or even any natural disaster like a hurricane, like what we saw in Hurricane Katrina or Hurricane Maria, they don’t happen in a vacuum, they happen when communities are disproportionately located on the front line.”

The pandemic is adversely affecting the are African-American and Latinx communities. According to The New York Times, the “coronavirus is killing black and Latino people in New York City at twice the rate that it is killing white people.” This disparity reflects the longstanding economic, social, and health care inequalities that are present with these communities. The pandemic is “pouring gasoline” into our existing problems, said Ocasio-Cortez.

In response to this, Representative Ocasio-Cortez is allocating time and money from her campaign to self-deliver groceries and pre-packed meals to the people of her community.

As of April 11, 2020, Ocasio Cortez has raised and donated over $100,000 to food pantries such as the Jewish Community Council Service of  Pelham Parkway and Hungry Monk Rescue, a New York City based Homeless Outreach and Community Response Vehicle (CRV) that provides quality hot meals to those who are in need. She has also organized grocery bags to hand-deliver to her people by using small donations from her e-mail list. “Systemic inequalities are fueling our current pandemic, and District 14 Representative Alexandra Ocasio-Cortez is ensuring that no one in her community goes hungry from the government’s inadequate response,” said Rizwan Kazi ’20. “AOC and her staffers made sure that whatever our household needed was taken care of. She and other local politicians have collaborated with local mosques to distribute food for her community.”

Representative Ocasio Cortez also partnered with Representative Barbara Lee of California to introduce the COVID-19 Funeral Assistance Act. She said, “The absolute least we can do is to help these families bury their loved ones. It is the very core, basic measure of human dignity. And in the richest country in the world, we should be able to allow people to bury their loved ones in dignity.” The bill would require the Federal Emergency Management Agency (FEMA) to donate $10,000 to the families of the deceased to cover the burial costs. FEMA has previously provided financial assistance for families during major disasters, such as Hurricane Sandy. This pandemic should not be any different, since it disastrously put people out of work and took the lives of over 121,000 people all around the country as of June 20, 2020, with the number growing every day.
“Systemic inequalities are fueling our current pandemic, and District 14 Representative Alexandra Ocasio-Cortez is ensuring that no one in her community goes hungry from the government’s inadequate response,” said Rizwan Kazi ’20.