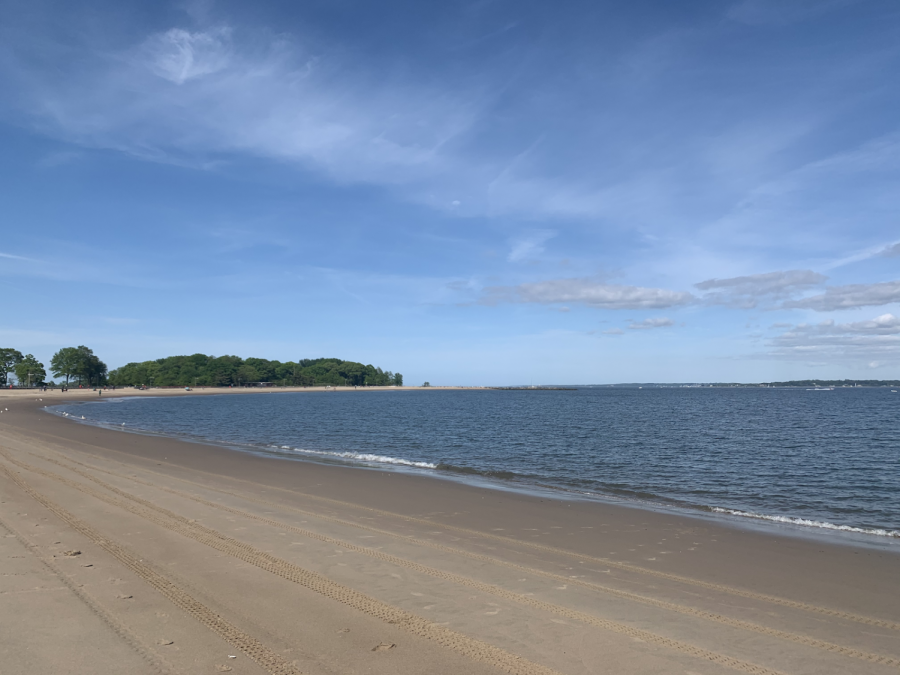 Orchard beach is usually filled with thousands of New Yorkers on Memorial day weekend. This year, it is nearly empty.

Mayor Bill de Blasio announced in mid May 2020 that opening the city’s fourteen miles of public beaches by Memorial Day weekend was “not in the cards.” Memorial Day weekend is when the beaches have traditionally opened, marking the first days of summer in the city. De Blasio explained the beaches would have to stay closed to swimmers until officials were confident that the beaches could be opened without posing any serious risk of spreading the virus and endangering beachgoers and park employees.

Currently, beachgoers can sit or walk on the sand (with a mask on) or stick their feet in the water (up to their ankles.) For now, it seems the beaches will open for swimming this summer but at 50% capacity. The question is when and how.

If the beaches open:

Beaches like Coney Island often become very crowded over the summer, and most people travel via  public transportation to get there. It is difficult to stop people from spreading the Coronavirus in these conditions. This is especially true, since, after being cooped up for two months, people are going to fill the beaches in large numbers, exposing themselves to the dangers of COVID-19. Joanna Zhao ’20, was a lifeguard at Orchard Beach last summer and plans to work there again amidst the pandemic. Zhao said, “Traditionally, there are a lot of people who go to the beach on the 4th of July. It’s our craziest day, and there are a lot of rescues — people drowning, and passing out from heat exhaustion. I’m worried that this pandemic would do little or nothing to change that.”

And then there’s the question of park employees and lifeguards. How will they be protected? Although extremely dangerous, the Parks Department is actively trying to enforce new regulations to ensure that lifeguards will stay safe. Zhao said, “ensuring that lifeguards would work this summer is already drastically different than it was last year, especially with the social distancing regulations being enforced. Performing CPR on victims is also going to be drastically different. Instead of using pocket masks that require a lifeguard to be very close to a victim’s fact, lieutenants are making efforts to use resuscitators.” And the qualifying test for returning lifeguards is also being limited to a small number of people at a time to limit the spread of the virus.

If beaches don’t open for swimming:

People will still fill the beaches as long as sunbathing and walking is allowed. This brings up the same problem of public transportation. And New Yorkers are known to break the rules. Even if swimming is not allowed, New Yorkers will  most likely find a way to cool off. Every summer, New York City lifeguards save hundreds of people from drowning; without them, New Yorkers who choose to swim are in danger. Drowning is one of the leading causes of death among both children and adults.

The New York City Council announced some new recommendations on how the city could safely open beaches for swimming. The council is urging the city to consider limiting beach capacity and installing social distancing signs and markers. They are also demanding that the city provide personal protective equipment, like masks, for lifeguards and beachgoers. In addition, because beaches are mainly accessible by MTA public transportation options (subway, busses) which are being used primarily by essential workers at the moment, the council suggested increasing transit options to potential beachgoers by creating new bus lanes and more bike racks to avoid overcrowding mass transit and spreading the Coronavirus.

Beaches are going to have to open to some extent. But will the city be able to do it safely?

Beaches are going to have to open to some extent. But will the city be able to do it safely?