A Double-Edged Sword: State Reopenings During the Coronavirus Pandemic

As all 50 states start to reopen under pressure to rebuild their economies, experts claim that the repercussions could be deadly. 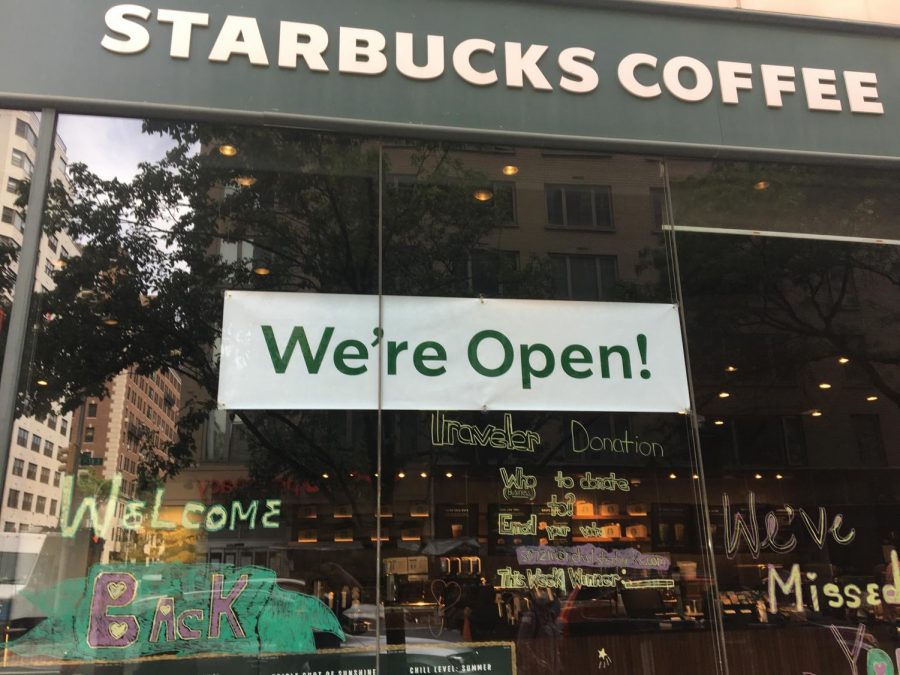 Businesses such as 'Starbucks' are excited to reopen and rebuild the economy. But the question remains, what is the health cost of doing so?

Three months after the coronavirus sent the United States into lockdown, all 50 states have begun to reopen. With forty million people out of work and millions more struggling to pay rent, there is heavy pressure on the government to take action. Many experts, however, remain skeptical that reopening the country will be a safe option and warn about the ramifications. Dr. Anthony Fauci, the Director of the National Institute of Allergy and Infectious Diseases, has called a second wave of the illness later this year “inevitable.”

Some other countries that have already reopened are facing problems with COVID-19 once again. South Korea, who controlled the pandemic quickly a few months ago, has had to push back reopening and closed many public spaces. In Israel, more than one hundred new cases were reported on May 29, 2020, a number that Prime Minister Netanyahu said would cause the re-establishment of a strict lockdown. Brazil became the second country in the world, after the United States, to reach 1 million confirmed cases of COVID-19.

White House guidelines for reopening say that states should have a two week downward trajectory in cases and symptoms, the ability to treat all patients without crisis care, and they should have testing programs in place for health care workers. Most states that are reopening fail to meet those guidelines. “You have 50 different governors doing 50 different things,” said Andrew Noymer, an associate professor of public health at the University of California, Irvine. “There will be states that open too soon or states that are too conservative. It is hard to thread the needle.”

New York City began its reopening on June 8, 2020. At this date, an estimated 400,000 people were sent back to work. This early phase of reopening allows nonessential manufacturing and construction to continue and allows retail stores the option of offering in-store or curbside pickup to customers. Thanks to social distancing and isolation, the death rates have fallen in New York City from 800 in April to dozens at the end of May 2020. However, the city has faced a $9 billion budget shortfall as tourism has stopped and the subway system is almost empty. In addition, it is unclear how New York City will handle the ramifications of large rise in commuters over the coming months. “Nobody has been here before,” New York Governor Andrew Cuomo said. “Nobody can give you the answers. They don’t even know the questions.”

A lack of a national plan on how to restart businesses has forced state and local officials to take charge. This decentralized approach has led to confusion and disconnectedness among business owners and residents. In addition, twenty states have had rising Covid-19 cases in the past fourteen days since reopening businesses and public facilities. Six of those states reported a record high number of cases. These statistics have caused an evaluation of how quickly states should re-open. “Some will say if case numbers are up, why reopen?… But we have to reopen,” said Dr. David Rubin, MSCE, director of PolicyLab at Children’s Hospital of Philadelphia. “The discussion is how well you can contain transmission as you reopen.”
“You have 50 different governors doing 50 different things,” said Andrew Noymer, an associate professor of public health at the University of California, Irvine. “There will be states that open too soon or states that are too conservative. It is hard to thread the needle.”