Profiles of the Valedictorian and Salutatorian for the Class of 2020 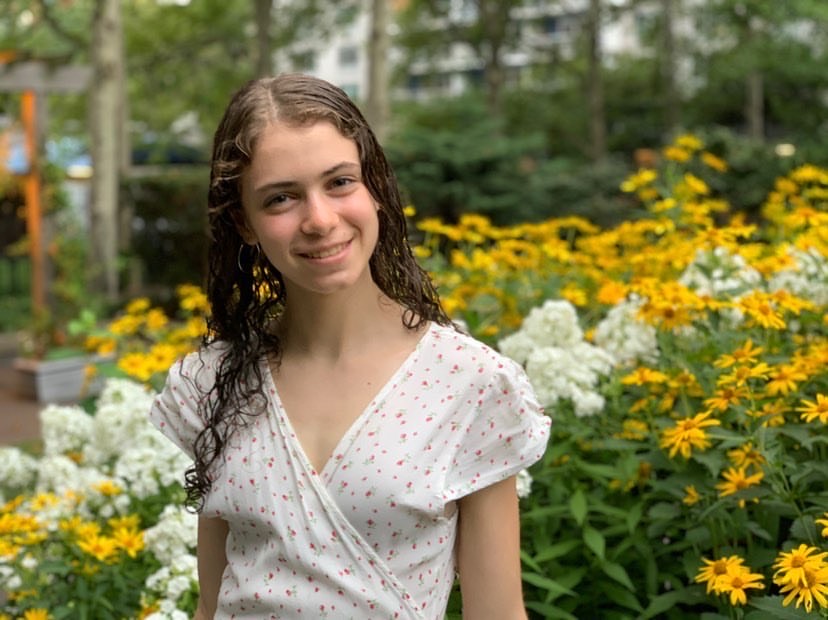 Zoë Cooper is the Valedictorian for the Class of 2020.

To watch Zoë Cooper ’20 and Lily O’Sullivan ’20 give their Valedictorian and Salutatorian speeches to the Class of 2020 at 92nd Bronx Science Commencement Ceremony, click on the video above.

COVID-19 may be keeping us inside this spring, but seniors are celebrating their graduation from Bronx Science at home. This year, rather than holding a conventional graduation ceremony, the Class of 2020 had a live-stream graduation ceremony which they watched on Friday, June 26th, 2020 at 12 noon, due to social distancing regulations that remain in effect. Zoë Cooper ’20 and Lily O’Sullivan ’20 live streamed their speeches as the Valedictorian and Salutatorian for the Class of 2020, respectively.

Cooper holds a cumulative Grade Point Average (GPA) of 99.04%, one of the highest in school history, and O’Sullivan holds a Grade Point Average of 97.55%. These impressive averages are just one indication of both students’ dedication towards their education.

“Education means exploring different interests and learning about things that I never had considered. At Bronx Science, we are really lucky to have teachers who are invested in our education and students who are there to learn,” said Cooper. “I like the classes if I like the teacher.” For her, a strong academic environment is key.

O’Sullivan also views her education as a privilege and an opportunity. “Education is a privilege, and it’s what elevated so many families out of poverty, including mine. I am privileged to have had an education throughout my whole life,” she said.

Interested in a variety of subjects, Cooper might study Biomedical Engineering or Chemistry in college. “I like the idea of Chemical Engineering because it has implications in the medical field and the environment,” said Cooper, who hopes to be able to contribute to the health or sustainability industries. Among her favorite classes are AP Physics C, Linear Algebra, and AP Calculus BC.

Also interested in STEM subjects, O’Sullivan is considering studying Computer Science, Biology, or Physics in college. “I’ve taken AP Computer Science, Game Programming, and AP Physics C for that. I think that I want to be a scientific researcher and work in a laboratory,” said O’Sullivan.

Another thing these students have in common is a rigorous and structured schedule. Cooper has been on the Cross-Country Indoor and Outdoor Track team, which meet five days a week, since her ninth grade year. She has been the captain of the team since her junior year. She was also a part of the Congressional Debate team, Big Sibs, and research, which she pursued over the summer.

O’Sullivan maintained several serious commitments as well. “I’ve been involved in Robotics since my ninth grade year, and I’m the Co-Head of Programming. I volunteer twice a week at a community center to tutor first-graders, and I do Math Research,” said O’Sullivan. Robotics meets six days a week during build season, which runs for up to 10 weeks, and members are expected to attend every single meeting.

Between these two students, you have it all: athletics, debate, research, robotics, you name it. With five-days-a-week commitments and more extracurriculars on the side, most students would find it challenging to maintain a near perfect GPA. Cooper and O’Sullivan shared their best tips.

Cooper says the key is to plan in advance. “If you study the night before, you won’t do well and you won’t remember the material the next week,” said Cooper. She also emphasized authenticity in the process of learning. “If you actually want to learn the material, you’re better off studying earlier. Also, use Quizlet,” she said. Cooper used the virtual flashcards to write down her notes from each class when she got home every day.

For O’Sullivan, the structure of a tight schedule actually helps. “I go to Small Group Instruction all the time. It was easy because I had to wait for Robotics to begin anyway. I used my time on Vallo and on the train very efficiently to study and do my homework. I have a whiteboard in my room, I write out anything that I have trouble memorizing,” said O’Sullivan. She also made her own study guides for upcoming exams.

The unique circumstances caused by COVID-19 may have put the Class of 2020 through an untraditional second term, but both students are optimistic that we will be all the better for it.

“This year has not gone as anticipated, but we’ve gotten through it together. We’ve made a lot of memories along the way,” said Cooper.

“As a class in general, we’ve been through a lot of stuff, Coronavirus aside, but it’s cool that we’ve all been able to come back from that and make the best of a bad situation,” said O’Sullivan.