Of the 23 statues in Central Park, not a single one includes a real woman. Sculptor Meredith Bergmann and Monumental Women are changing this. 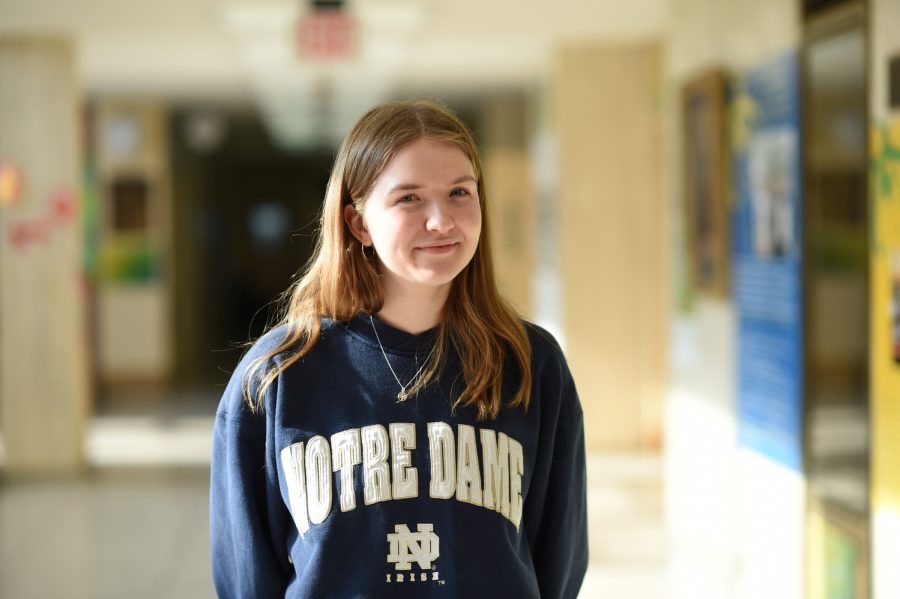 The statue to be unveiled in August 2020 is long overdue. “I’m surprised it took so long for there to be a statue of non-fictional women in Central Park.” said Kate Reynolds ’21.

On a walk through Central Park, you might find yourself beside the sculpted versions of William Shakespeare or Hans Christian Anderson. You might walk under a clock adorned with sculpted animals or by Simón Bolívar sitting proudly on a horse. With 23 statues in Central Park, you can travel across time periods, geographic locations, nationalities, and even magical realms. However, one thing is missing – women.

Three of the 23 statues in Central Park depict female characters – Juliet of Romeo and Juliet, Mother Goose of the English Nursery Rhyme and French fairytale, and Alice of Alice in Wonderland. However, there are no statues depicting nonfictional women. The organization Monumental Women is changing this. For the 100th anniversary of the ratification of the 19th Amendment, sculptor Meredith Bergmann is creating a Women’s Rights Pioneers Monument featuring Sojourner Truth, Susan B. Anthony, and Elizabeth Cady Stanton. The statue will be unveiled on August 26th, 2020 on The Mall in Central Park.

The goal of  Monumental Women, founded in 2014, was to “break the bronze ceiling” and create the first statue of nonfiction women in Central Park. For seven years, they persevered through complications, planning and replanning. The statue will finally be presented to the public this summer. However, the plan almost came to a halt. The initial plan for the statue only included Susan B. Anthony and Elizabeth Cady Stanton, highlighting only the suffragette movement. The project faced backlash against the exclusion of African American suffragettes. People did not want another statue that perpetuated the same whitewashed history that other statues did. Bergmann added Sojourner Truth to the statue in response to criticism, and she changed the gestures of the women to implement a broader theme of “Women’s Rights Pioneers.” Bergmann also chose to depict the women indoors to bring awareness to the exclusion of women from the public sphere. After these changes, the statue became more inclusive and flexible in interpretation.

Bergmann is creating the statue to rewrite women into history. The monument will highlight the ongoing struggle for equality in America by showing women of different backgrounds working together. The sculpture pays homage to the women who fought for equality and voting rights, incorporating the idea that we have to acknowledge the work done before us before we move forward. “Some of the most influential and trailblazing people our city has seen have been women, and they deserve to be memorialized by more than just the memories and products of their hard work,” said Ben Zakharov ’21. Although none of the women depicted lived to see the ratification of the 19th Amendment, they paved the way for legislation that pushed for equality.

Despite significant adversity, Anthony, Stanton, and Truth made significant contributions to the lives of women in America. Anthony and Stanton founded the Women’s Loyal National League and published a weekly newspaper dedicated to women’s rights. They also founded the National Women’s Suffrage Organization in 1869 and organized rallies, conventions, and more in pursuit of women’s suffrage. Truth was born into slavery in 1797 but escaped in 1827. She joined the abolitionist movement and contributed to the women’s rights movement as well by speaking at conventions like the 1851 Women’s Rights Convention in Akron, Ohio.

Bergmann said that the statue would depict three necessary parts of activism. Sojourner Truth is speaking, Susan B. Anthony is organizing, and Elizabeth Cady Stanton is writing. Bergmann leaves the intention behind each of their gestures up for interpretation. “Their gestures are significant but not definitive. My intention is that viewers will decide for themselves what Sojourner Truth is saying and what Elizabeth Cady Stanton is thinking and what Susan B. Anthony wants them to consider,” said Bergmann. She is not sculpting an existing image but rather choosing to incorporate her idea of how collaboration between the women might have looked. By doing so, she encourages passersby to draw their own conclusions about the sculpture. The creators hope that the statue will help to inform Central Park visitors of the contributions that women have made to the United States. “Inclusivity is really important, so I am really glad that girls will see someone like them honored and represented positively,” said Kate Reynolds ’21. Though there will always be more work to do to foster inclusivity and acceptance, breaking the bronze ceiling is no meaningless task. Over 25 million people visit Central Park each year. The statue will reach and teach millions.
With 23 statues in Central Park, you can travel across time periods, geographic locations, nationalities, and even magical realms. However, one thing is missing – women.