Sweden takes a different approach from that of other countries in handling the COVID-19 pandemic. 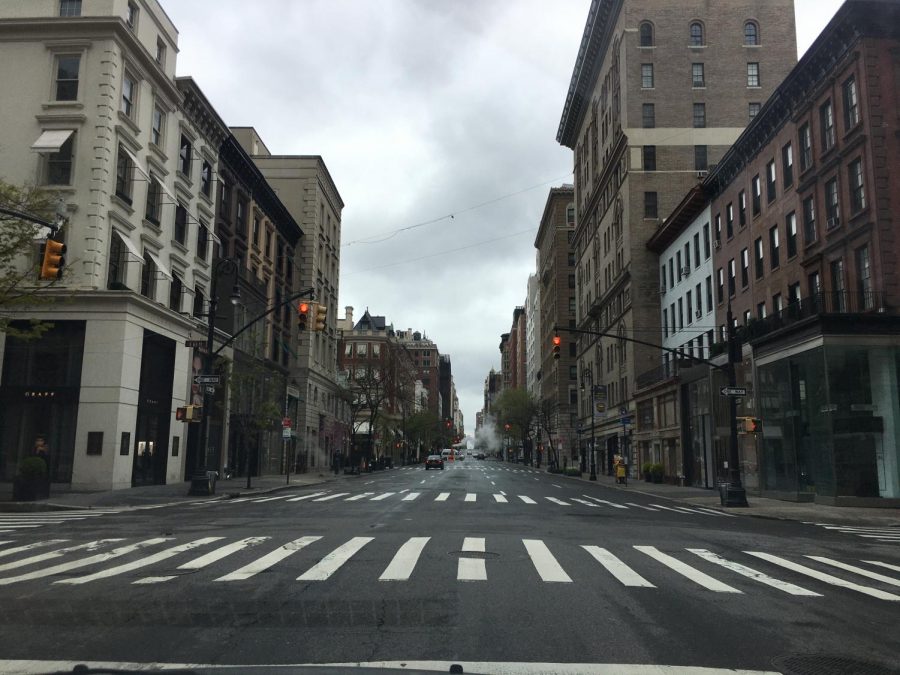 In New York City, the quarantine has become the "new normal." In Sweden's big cities, people self-quarantining is not as common to see, despite the Coronavirus pandemic's presence there.

The COVID-19 pandemic has been a top priority for most countries, given its severity. Countries all over the world have been issuing public safety protocols to slow the spread of the virus. In the United States, many states have instituted state-mandated lockdowns, in addition to taking other precautions, similar to the approaches taken by many other countries.

In New York City, the lockdown has taken over, and where one used to be able to see  people bustling about, hear the loud traffic, and see the vibrant lights from restaurants and bars, the streets now remain empty and quiet. The people who are seen wear masks and generally keep the recommended six feet of distance from others. Quarantine has become the new normal in cities like New York. However, in Sweden, it would be completely common right now to see people strolling around in public, having picnics in the park, and eating at busy restaurants.

Unlike most countries, Sweden has taken a unique strategy towards tackling the global Coronavirus pandemic. Instead of locking down, which has hurt many countries’ economies, Sweden’s government has put their trust in citizens to follow general health protocols voluntarily.

Businesses such as restaurants, hair salons, gyms, and even schools have been allowed to remain open. Their public transport has not taken any extra preventative measures, and masks are not an entry requirement at most establishments. Gatherings of over 50 are banned, as well as nursing home visitations.

The complete effects of Sweden’s approach are unknown, but as of May 14, 2020, there are around 27,909 cases of infection, with 4,971 recoveries. With an average of 22 deaths per 100,000 people, Sweden’s death rate seems high compared to the U.S.’s rate of 12.3 deaths per 100,000. When compared to New York’s average death rate of 76.2 per 100,000, Sweden’s death rate is a lot lower. However, like-for-like comparisons of death rates will never be extremely accurate, since many factors must be accounted for, such as the rate of testing and the accuracy of public data.

Bronx Science students have differing opinions on the measures, or lack thereof, that Sweden has taken. “It doesn’t make much sense to me why they are relying on the people themselves to take measures. Sweden is paying the price, because the virus can be spread even without showing symptoms,” said Jennifer Lee ’22. “They are not taking precautionary measures which puts the lives of their elderly population at risk.” In fact, Sweden’s Public Health Authority has been questioned in its ability to predict the outcomes of the virus and safely, given the high number of senior deaths, with seniors accounting for around 44% of total deaths.

Other students disagree with the criticism. “I think it’s smart the way they are doing it. Their economy isn’t suffering as much, and they still have some forms of social distancing like putting tables in restaurants farther apart from one another, and you have to remain an arm’s length from other people. In Sweden’s own interests, I think it is smart how they are handling it as a smaller country,” said Emilia Pelegano-Titmuss ’22.

However, the repercussions on Sweden’s economy may not be as light as one would think. Since most countries have locked down, international supply chains have been significantly affected. Sweden relies heavily on exports, which means that many of their supply chains have been disrupted. This will have a negative impact on their overall economy. That being said, small businesses in Sweden that do not rely on exports will most likely experience a less severe effect than those in other countries, as they have remained open for business.

“They put a lot of trust in their citizens. It can work in a smaller country like Sweden, but when there are many more people involved, it can get messy,” said Mandy Wong ’23. The choice went to Swedish people regarding whether to isolate, and to what extent, as no mandatory orders have been issued.

“In theory, it sounds good because, after all, herd immunity is what we are aiming for to get the virus under control,” said Sophia Mah ’22, “but I feel that it is too early at this point in time to allow such indecisiveness. Sweden has the highest population compared to other Scandinavian countries and its death toll is already around 27,000.”

Scandinavian countries, including Sweden, are generally considered progressive, which may justify the lax approach on social distancing measures being implemented by the government. “That doesn’t mean that you can just wish the virus away,” said Lee. “I think this just goes to show how people try to continue with their daily lives as if nothing is happening. There are lives at the stake, and when there are lives on the line, we shouldn’t take the situation lightly. So many people have died from the coronavirus in the U.S., and it’s not a laughing matter.”

In the end, only time will tell how successful Sweden will be in dealing with the virus, and the best thing that anyone can do is to stay informed.
Unlike most countries, Sweden has taken a unique strategy towards tackling the global Coronavirus pandemic.