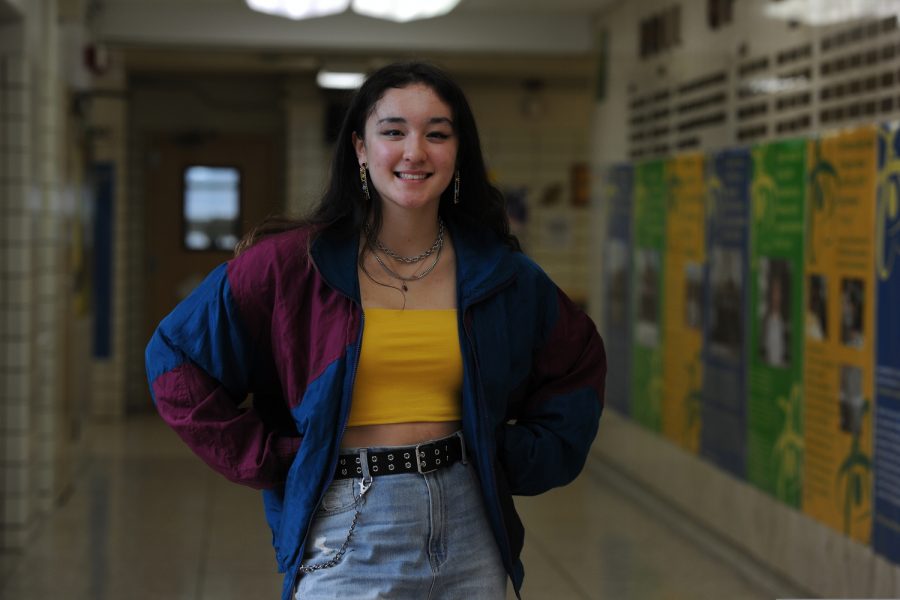 In the main lobby of the Bronx High School of Science stands Josephine Kinlan ’22, posing for a previous article on style. Kinlan is a Staff Reporter for ‘The Science Survey’ and a Student Life Section reporter for ‘The Observatory.’ During quarantine, she enjoys exercising safely outdoors and frequently takes long jogs in Central Park, where she saw the field hospital for the first time. This sparked her interest in the field hospital’s quick construction, and led her to research the topic and write this article.

New York City, the “city that never sleeps,” typically full of hustling natives and eager tourists, has become deserted over these past few months. New Yorkers have adapted to a new normal: staying inside their homes, working from their beds, calling each other for meetings and get-togethers, and maintaining six feet of distance from others when outside for necessities. The prospect of such a reality would have bewildered anyone just a few months ago; but, as COVID-19 has swept through our city, we are all faced with a sudden new reality.

In the earlier stages of the pandemic, our city saw rapid changes in our infrastructure. Schools and small businesses were closed, and colleges and hotels were transformed to house COVID-19 patients. Most notably, New York has invested in the rapid construction of new hospitals to treat COVID-19 patients.

In the East Meadow of Central Park, a field hospital was quickly constructed in the first two weeks after schools were ordered to close on March 16, 2020, by Samaritan’s Purse, a Christian humanitarian aid organization, partnered alongside Mount Sinai Health System, and the Federal Emergency Management Agency (FEMA). Images of its creation show masked workers setting up huge tents and beds, while ConEdison workers rushed to set up the power grid and to establish air units for the tents. This is the first time in Central Park’s history that a field hospital was set up within its borders.

The Central Park Field Hospital contains 14 tents and 68 hospital beds. It opened on March 31, 2020, and it has admitted over 140 patients since its opening, typically housing around 50 at a time. The quick creation “shows that we not only have the ability to accomplish building something as great as the Central Park field hospital, but that we have the teamwork to accomplish building it in this short amount of time,” said Pithiya D Costa ’23, a  newly elected member of the Bronx Science Pre-Medical Society. It also holds close to the spirit of how America, “specifically New Yorkers, are quick and often efficient at creating solutions, even if they are temporary, to relieve the extreme burden on the health care system,” said Stephen Ogunbiyi ’22, another member of the Bronx Science Pre-Medical Society.

The Samaritan’s Purse organization had been asked by the city to help the cause, and they have worked along Mount Sinai Health Organization to construct the hospital. They have a Disaster Assistance Response Team of over 70 healthcare professionals, who are on site treating patients in the name of their faith. The selfless actions of all of the organizations and workers who congregated and were able to make the field hospital possible, in such short time, is one of the many examples of the resilience of humanity throughout this health crisis. Health care workers are also to thank for the success of the hospital, “taking on this challenge to work long hours and treat patients without the right equipment. The compassion that is being shown to patients from all walks of life really makes health care workers true heroes during this crisis,” said Sirazam Munira ’22, member of the board of the Bronx Science Pre-Medical Society.

There have been some concerns over the Samaritans Purse organization’s beliefs on LGBTQ+ individuals, as the organization was apparently making health officials sign a Statement of Faith that did not permit same-sex marriage. Hopefully, the partnership with Mount Sinai Health System will overpower this action, and ensure that everyone can get and give treatment, regardless of sexual orientation. The leader of Samaritan’s purse is also on account for making openly homophobic and Islamophobic statements, which has put the righteousness of the group into question. Government officials are aware of the owner’s bigotry, but the desperate call for treatment during Coronavirus has, at the moment, overwhelmed their plates. For this reason, the organization is being supervised and tolerated, despite its discriminatory infrastructure. For more information on this issue, see the April 19, 2020 article in The Guardian.

Hope is hard to find during this time, when the only headlines are of the surmounting cases and number of deaths due to COVID-19. But the creation of this field hospital is one of the many actions that show just how humanity is responding to this crisis — by coming together. “It’s during this global crisis that students and the youth are witnessing how this community of health care workers and various organizations are really coming together to provide relief to patients,” said Munira.

As difficult as it may be to adapt to this new normal, and how unsure the future seems, we should all remain faithful that there will always be people out there who get up and do something for others in the face of panic. While we pass through this crisis and once we rise out of it, it is important that we remember the sacrifice of healthcare and essential workers, and “that we don’t take their compassion and diligence for granted, both now and in the future,” said Munira. “We need to be more appreciative of them and also aware of the many organizations and people who risk their lives and who aren’t medical workers. They volunteer to help maintain these field hospitals,” said Ogunbiyi.

The bottom line is that the temporary field hospital in Central Park is one of the many examples of humanity shining through a crisis; we all should remain appreciative and faithful towards those on the front lines of this health crisis. By doing so, we will become aware of just how strong the ties of humanity truly are. By coming together, we can find a way through and out of this trying time, with no human left behind.
“It’s during this global crisis that students and the youth are witnessing how this community of health care workers and various organizations are really coming together to provide relief to patients,” said Sirazam Munira ’22