The Science Survey • May 9, 2020 • https://thesciencesurvey.com/news/2020/05/09/one-crisis-after-another-how-the-coronavirus-pandemic-has-affected-climate-change/

One Crisis After Another: How the Coronavirus Pandemic Has Affected Climate Change

As we enter uncharted waters with COVID-19, it can be easy to overlook the fact that another, much slower, global disaster is unraveling. 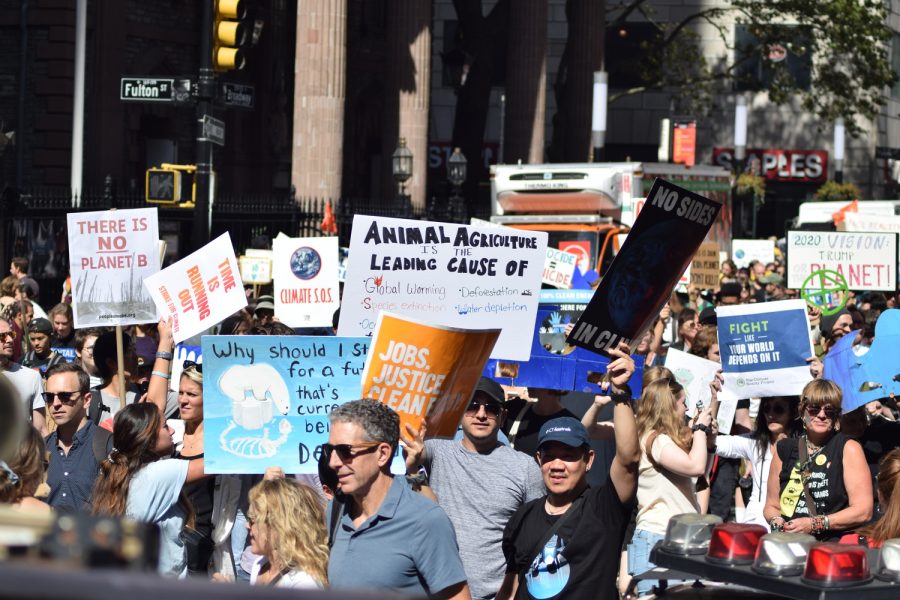 We are currently in the midst of two major global crises. While one is directly affecting our everyday lives and growing in large numbers, the other is happening more slowly and has much higher stakes. Remember the Australian wildfires that destroyed millions of acres of land and over a billion forest animals? Or the Florida Keys flood that lasted three months? Or Europe’s heatwave in June 2019 that set a record high in several countries? These are all examples of the daunting consequences of the latter global crisis: climate change. As we enter a period of fear and isolation caused by COVID-19, it is easy to forget the ramifications of climate change, which seem so distant at a time like this. While their connection is not obvious, the two go hand in hand as the safety measures that countries have implemented in response to COVID-19 have led to an unprecedented effect on climate change.

Since its original outbreak in Wuhan, China, COVID-19 has made its way across the world, including several regions of China, the United States, and Italy, some of the world’s largest contributors to air pollution. These countries have made vast precautions to mitigate the virus’ deadly effects: social distancing, lockdowns, and travel restrictions, to name a few. While these strict protocols have changed people’s lifestyles in an abrupt manner, the effect that this has had on the climate does not seem to reflect that of what has happened to lives, businesses, and economies.

Countries worldwide have seen a significant drop in air pollution and emissions as people avoid traveling and driving as much as possible. According to the Center for Research on Energy and Clean Air (CREA), between February and March 2020, carbon dioxide emissions in China went down more than 25% due to efforts to contain the virus. When you put this number and China’s reputation as the world’s largest polluter into perspective, the change is undeniable. China contributes to 30% of the world’s carbon dioxide emissions annually, which is roughly 200 million tons of carbon dioxide. Due to China’s heavy carbon dioxide production, the impact of this dramatic drop in emissions, despite a short time frame, is remarkably significant. “The news of the drop in air pollution and increased air quality has been the only good news we have gotten in so long,” said Delara Moussavi ’22.

Drops in emissions have not been limited to China as similar reductions have been reported across Europe and the United States. In Italy, for instance, the amount of greenhouse gases emitted has notably dropped since the country’s lockdown, allowing for the Grand Canal in Venice, usually murky and amok with boat traffic pollution, to clear up. In Paris, nitrogen dioxide emissions dropped by 54%, with Madrid, Milan, and Rome closing in at 50%, according to the Royal Netherlands Meteorological Institute. Similarly, cities in the United States, such as Los Angeles and New York, have also seen a decrease in air pollution and fog. “These changes show how people harm their environments on a day-to-day basis. It only took a few weeks of us staying inside to drastically improve water and air quality. Imagine if we kept this streak of low energy use beyond quarantine!” said Moussavi.

However, despite these positive outcomes, the course of climate change will not falter. The COVID-19 pandemic has been a wake-up call to the faults of our current system. That 25% drop in emissions in China did not come primarily from home lockdowns or grounded flights. Instead, it was from the abrupt halt in industrial manufacturing. Personal efforts to reduce carbon emissions is not enough; air travel only accounts for about 2.5% of global emissions, the rest comes from industrial powerhouses. COVID-19 awakens us to a harsh reality: our industries and economic systems need to change. “I think climate change is an even bigger problem than COVID-19. It is going to last longer, and its impacts are massive and will become irredeemable,” said Moussavi. The relief efforts we take with COVID-19 now will be crucial to how our world will deal with the future climate crisis.

COVID-19 may have temporarily altered our lifestyles, but climate change packs a deadlier punch. While reading up on statistics of COVID-19 is important, we should not dismiss the urgency of the climate crisis. The initiatives that we take now will shape our future for decades to come. Climate change will only accelerate, and if we do not start now, we could be looking at a future where the consequences are irreparable and even more detrimental than COVID-19.
“I think climate change is an even bigger problem than COVID-19. It is going to last longer, and its impacts are massive and will become irredeemable,” said Delara Moussavi ’22.