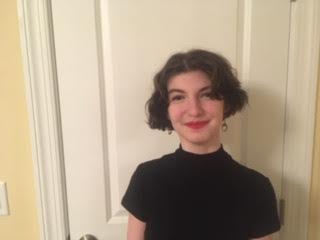 In the Gaza Strip, a small group of Palestinian peace activists known as the Gaza Youth Committee have been organizing calls to Israel, most recently on the Zoom app. The goal? To foster empathy and companionship between Palestinians and Israelis — two populations that know very little about each other except for what they are told by the state.

And due to the number of people now staying at home in order to “flatten the curve” to prevent the coronavirus from spreading, the latest Palestinian-Israeli Zoom call got more participants than ever before, with more than 200 participants.

The questions that were asked ranged from simple, such as when one Israeli asked if Palestinians were allowed to have music festivals, to philosophical, as one woman asked how people can maintain hope when things get difficult. An Israeli man asked what Israelis could do to stop people from being raised to hate. An organizer named Manar al-Sharif answered that the best way was for Israelis and Palestinians to have live discussions like this instead of relying on the news for information.

Rami Aman, the organizer of the Zoom meetings, told The New York Times that the youth committee’s goal was to build a new generation of leaders who believe in making peace. However, the initiative, called “Skype with Your Enemy,” angered some Palestinian citizens to the point where there was a public outpouring of criticism toward the initiative. This prompted Palestinian Sunni-Islamic militant organization Hamas, which governs Gaza independently, to arrest several participants, including Aman himself.

This is not the first time that Aman has been arrested. He was held for seventeen days after organizing a bike ride with Israeli counterparts on both sides of the border. According to Aman, Hamas believes that he might be working as a spy, sending names of fighters or maps. He was breaking a taboo by encouraging Palestinians and Israelis to talk directly to each other.

A freelance Gaza journalist, Hind Khoudary, posted angry denunciations of Aman’s initiative on Facebook, tagging major Hamas leaders. Hamas issued a statement later saying that “normalization in all its forms and activities is treason, a crime, and religiously, nationally and morally unacceptable.” Hamas Interior Ministry spokesman added on, saying that the charge of “holding a normalization activity” in Gaza amounted to the “betrayal of our people and their sacrifices.”

But enough people disagree with Hamas to make these Zoom calls worthwhile, and to risk their own safety by organizing them.

“Yes, it’s dangerous,” Aman said to The New York Times. “But we have nothing to lose.”

And due to the amount of people now staying at home in order to “flatten the curve” to prevent the coronavirus from spreading, the latest Palestinian-Israeli Zoom call got more participants than ever before.