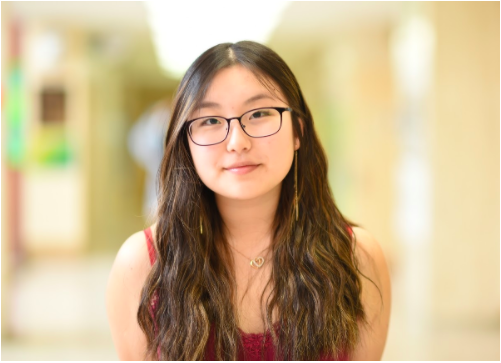 Vice President of LEAP Katelyn Lee ’21 feels personally connected to the issue of climate change and awareness. “To me, Earth Day holds a lot of value. I think it's really important that we have a day dedicated to the wellbeing of our one and only Earth,” said Lee.

In recent years, awareness of climate change and the need for conservation efforts have skyrocketed. With marches across the globe inspired by climate change activists like Greta Thunberg, much of the younger generation is taking the world by storm to combat the climate crisis. While we might recognize this movement as a novel one, climate change activism received its platform fifty years ago. With rampant pollution threatening future generations, Earth Day was born.

Even after fifty years, the goal of reducing the human impact on the Earth remains a prevalent sentiment on Earth Day, although the methods to execute it have changed. Today, those celebrating Earth Day can participate in The Great Global Cleanup, advocacy, and art builds, to name a few manifestations of environmentalism. This Earth Day, the students of Bronx Science will be joining an estimated one-billion people around the world in expressing their appreciation for the world we live in.

To garner more awareness and better commemorate the anniversary, Bronx Science will be ramping up its ordinary festivities. The Painting Club plans on joining in on the celebration with the Earth Day Art Fair, continuing a club tradition. “Events such as these are pretty effective in celebrating the spirit of Earth Day because it allows us to spread awareness of the changes needed to help our planet. We can use our resources and members in the club by working as a community to impact the future in a positive way,” said the President of the Painting Club, Scarlett Hu ’21. The art contest will also be open to anyone, and submissions can be made at one of the club’s meetings on Tuesdays in Room 009 after SGI up to a week before Earth Day.

LEAP is jumping in on the action of the Earth Day Fair as well, organizing the event alongside other environmental leadership groups at Bronx Science, like the Green Team. Throughout the year, LEAP informs members about community conservation efforts, focused on inspiring action. The Green Team takes on conservation through their online newsletter, which students can subscribe to. “The main goal of this fair is to provide an enjoyable way for people to learn about sustainability, environmental issues, and ways in which they can help make the world a healthier place,” said Vice President of LEAP, Katelyn Lee ’21. LEAP and the Bronx Science Green Team are working towards making the fair as fun as it is educational, with activities set to take place in the courtyard during lunch periods on the day of the fair.

The fair will also be centered around a specific theme, streamlining facilitated discussions around the issues faced by the environment today. “This year’s major theme/focus is the climate crisis, which I find to be a very prevalent issue. I’m sure the majority of people know that we are in the middle of a severe climate crisis, and the attention that Earth Day raises is crucial in stopping the damage before it becomes beyond irreversible,” said Lee. The theme of the climate crisis is yet another way in which this year’s Earth Day celebrations differ greatly from its beginnings fifty years ago, during which the Earth was facing a smaller scale crisis of water pollution. As Lee explained, “The desire to save the environment and better the Earth still exists, and I believe that it’s just recognized on a more global scale today.”

In light of Earth Day’s fiftieth anniversary comes the question of how our actions to help the environment need to carry out beyond the single day in April. The activities which you can partake in on Earth Day do not need to stop once the day is over, as the Painting Club, Green Team, and LEAP have shown. “Art is a very effective way to promote conversation about such topics because if some people don’t get hooked onto articles about the Earth, then art can get their attention,” said Hu. The Painting Club hosts weekly meetings in which students can continue to make meaningful art that can make a difference in the world. Outside of school LEAP also makes the effort to get students involved in conservation efforts, hosting crafting sessions, as well as informing students of beach cleanups. “A fair isn’t necessary to set time aside within the club to capture the essence of what Earth Day stands for,” said Lee.

As these club leaders have demonstrated, anyone can get involved in the fight for and celebration of our Earth. Though April’s festivities have a powerful effect, it’s clear that students don’t need it to be Earth Day in order to take action in the name of our planet.