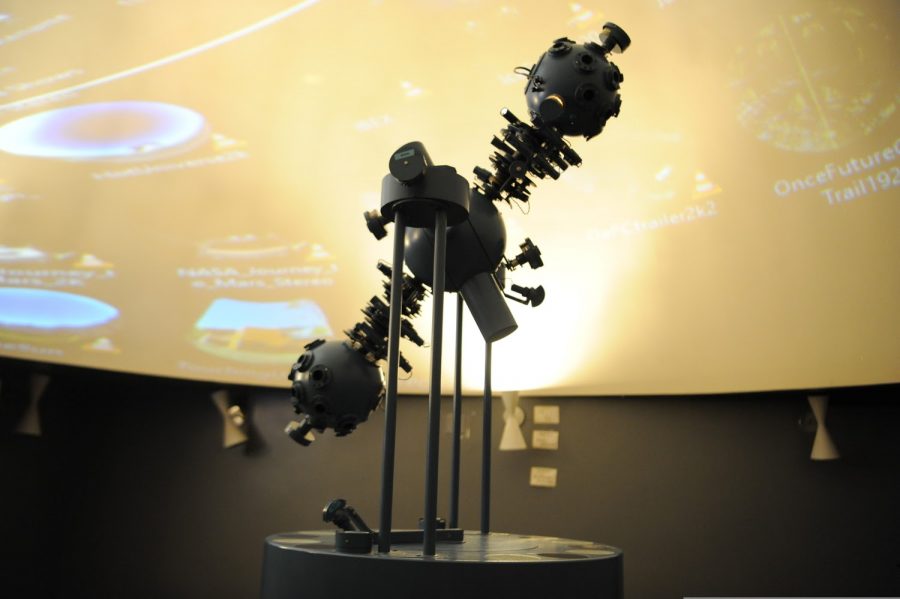 The ZEISS optical system is used in the Bronx Science planetarium to find planets in our solar system. It works in sync with the computer, as the optical system helps one see it from a telescope’s point of view, and the computer works like a super-magnified telescope.

Summer break is a time to relax and rewind from the tumultuous school year. People spend their two to three months of freedom in different ways. Perhaps they went on a nice vacation. Perhaps they took a cool internship that served as a good work and volunteer experience. But how many can say they discovered a planet?

Well, one extraordinary teenager did. On the third day at his internship at NASA, seventeen-year-old Wolf Cukier discovered TOI 1338b, a planet seven times larger than Earth.

The planet is the first circumbinary planet to be discovered, which means that the planet has two orbits and sunsets every day. TOI 1338b also orbits around its center of gravity. Cukier came upon this discovery when he found something peculiar — he started to notice dips in the system of the TESS telescope. The telescope transmits signals of light and detects patterns based on how much light is directed at the surface of the telescope. When there are dips in the system, it means that less light is being directed. Cukier and his mentor analyzed the dips in the data and graphs and found that it was due to the two stars passing by the planet.

The planet is seven times the size of Earth and 1300 light years away— even with the fastest rocket, it would still take humans over 48 million years to reach TOI 1338b.

The planet has remarkable features, but it does not have an interesting name. Cukier’s family wishes for a cooler one: Wolftopia.  NASA predicts the planet is one of many unique planets that could be discovered with the new TESS telescope. The TESS telescope serves as a huge advantage to space exploration, because the telescope can identify more planets and stars seen from the whole sky. Before, the Kepler telescope, which could only survey a small portion of the sky, was used, limiting which stars and planets could be viewed. However, the TESS telescope allows for more of the sky to be seen, and also comes with powerful cameras and detectors to notice even the slightest changes.

While the TESS telescope is used to see stars of planets, Bronx Science’s ZEISS optical projection system uses light and lenses that project stars, planets, and the moon. In the planetarium, the projections cast onto the dome are computer analyses based on the actual sky. The digital optical projection system is used to zoom in on special features of planets, and it uses a computer to zoom in on certain planets and see the planet’s surrounding stars.

The Bronx Science planetarium is used to teach basic astronomy concepts, where one can learn about planets, moons, and constellations, as well as daily and annual motion, which involves Earth’s rotation and revolution around the sun.“The planetarium helps us find out what we can see in the sky and why we see it,” said physics teacher Mr. Neil Farley.

Farley was pleased that Cukier got all of the credit. “Any astronomer with a PhD will be thrilled to discover the planet, so it was pretty cool that the people gave him the credit. [Cukier] has all the limelight now, so it’s a really nice thing.”

Since Cukier is still in high school, his important discovery may inspire students to go out and do extraordinary things and encourage scientists to take kids more seriously. “Scientists can make more use for young people’s time, energy, and motivation,” said Farley.

One example that Farley gave pertains to the citizen science projects, where non-scientists contribute to help analyze information from scientists. For astronomy, students can identify different galaxies using telescope images from NASA. Curious students willing to participate could discover the next planet, perhaps even a circumbinary one!

The eager minds of Bronx Science students today are happy to seize opportunities that could potentially change the world, just like Cukier did.