75th Anniversary of the Auschwitz Liberation

Have We Lived Up to the Promise of ‘Never Again’? 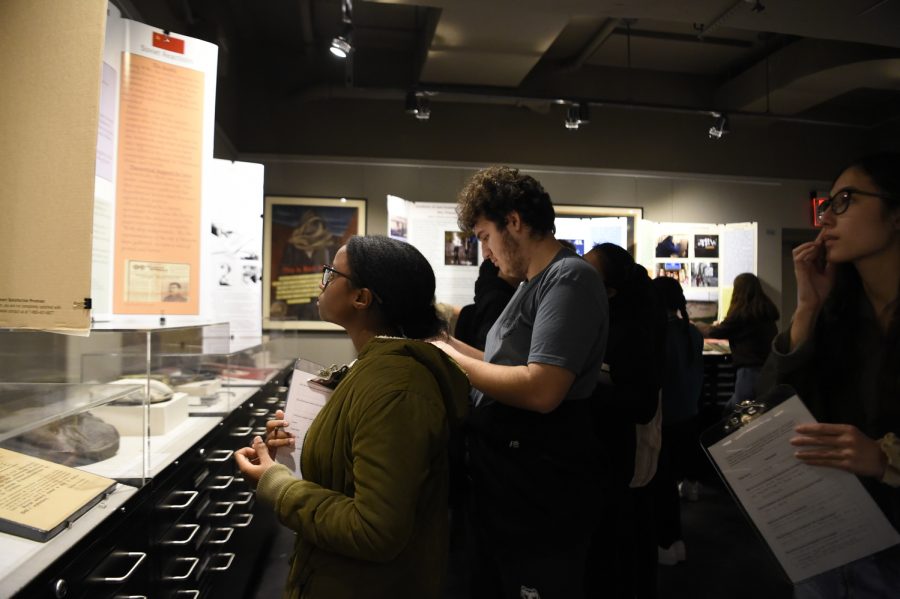 In Bronx Science’s Holocaust Leadership class, students analyze and study the history of the Holocaust and modern-day anti-Semitism, endeavoring to educate themselves about what led to the atrocities.

When Isaac Lamdan wrote the poem “Masada” in 1926, this pivotal quote, shortened to “Never Again” was used in the aftermath of the Holocaust as both a declaration and a plea that such atrocities would not be allowed to be repeated.

“‘Never again’ becomes more than a slogan,” wrote Holocaust survivor and Nobel laureate Elie Wiesel in 2012. “It’s a prayer, a promise, a vow …  never again the glorification of base, ugly, dark violence.” Wiesel, the well-known author of the memoir Night, was a Romanian Jewish man placed in a Nazi death camp and liberated in 1945, but not before losing much of his family to the Nazis.

Auschwitz-Birkenau, which would become the largest of the Nazi concentration camps, was built in the suburbs of a Polish town. More than forty sub-camps were established, their purpose being to exploit any prisoners fit enough for slave labor. When the camp was liberated in 1945, Hitler’s Schutzstaffel attempted to remove the evidence of the crimes they had committed by blowing up three of the crematoria and setting fire to a storage barracks holding property taken from their victims. Yet despite their efforts, Auschwitz stands in 2020 as one of the most well-known symbols of the Holocaust.

A common misconception when remembering the Holocaust is the idea that there was no attempt to resist the Nazi regime by those imprisoned in the concentration camps. However, there was an organized resistance movement in Auschwitz, mostly involving Polish political prisoners in its earliest years. In fact, Polish dissident Witold Pilecki deliberately allowed himself to be captured and sent to Auschwitz so he could secretly report to his superiors about the conditions there. In addition, 928 prisoners of Auschwitz attempted to escape at different times, with only 196 succeeding.

The 75th anniversary of the liberation of Auschwitz on January 30th, 2020 marks a time for remembrance, but also for action. In the past few years, there has been an unprecedented rise in nationalism, extremism, and anti-Semitism across the United States and Europe, as well as a familiar wave of anti-immigrant sentiments in favor of reactionary policies meant to restore said country to a idealized past.

According to a study carried out by the European Union Agency for Fundamental Rights in 2018, with 16,500 respondents across five EU member states, 7 out of every 10 Jews said that their state government is not effective in combating anti-Semitism. 89% reported increased anti-Semitism over the past five years with 48% not reporting the events to authorities due to a belief that it wouldn’t help and nothing would change.

These facts are alarming, and a clear call to action from the world as a whole. “Anti-Semitism, racism, demagogy, contempt and hatred,” said Piotr Cywinski, the director of the Auschwitz-Birkenau State Museum, at a memorial event in January 2020. “We are becoming more and more indifferent, introverted, apathetic, and passive. Most were silent as the Syrians were drowning, we silently turned our backs on the Congolese people and the Rohingya people, and now the Uighurs. Our silence is our severe defeat.”

In Night, Wiesel writes of the concentration camp he was subjected to: “Never shall I forget those moments which murdered my God and my soul and turned my dreams to dust. Never shall I forget these things, even if I am condemned to live long as God himself. Never.” Survivors of the Holocaust will never forget these horrors, but already they are fading from the public’s memory, aided by numerous countries’ attempts to rewrite history and downplay their own role in the Holocaust.

Poland, for instance, has made it punishable by up to three years in prison to anyone who “publicly and untruthfully assigns responsibility or co-responsibility to the Polish Nation or the Polish State for Nazi crimes,” according to the bill. In Russia, President Putin’s attempts to whitewash history have a clear goal: making Russia look better despite its participation in the Soviet-German non-aggression pact of 1939.

“I fear over time, it will become easier to distort history,” Zofia Posmysz, a 96-year-old Polish survivor of Auschwitz, said in January 2020. “I cannot say it will never happen again, because when you look at some of the leaders of today, those dangerous ambitions, pride, and a sense of being better than others, are still at play. Who knows where they can lead.”

As the world remembers Auschwitz, it is important to ask whether “Never Again” is still a certainty, and what we can do to live up to this promise.
“‘Never again’ becomes more than a slogan,” wrote Holocaust survivor and Nobel laureate Elie Wiesel in 2012. “It’s a prayer, a promise, a vow …  never again the glorification of base, ugly, dark violence.”