A five-alarm devastates the whole Chinatown and the history of Chinese-Americans. 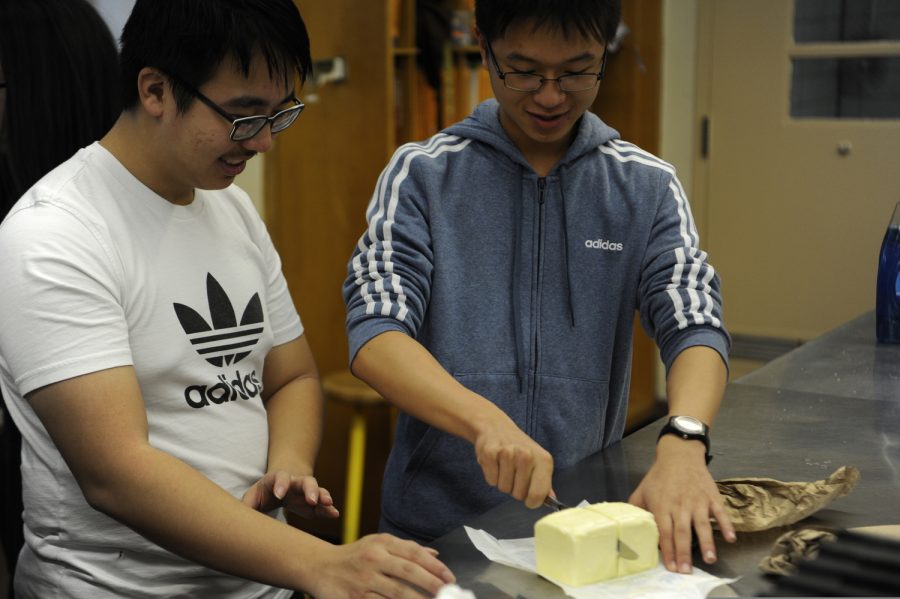 Kevin Cheng ’21 (at right) expresses great concern and grief about the recent fire in New York’s Chinatown. “It's frightening to think that you could walk past a building one day, just to see it in ashes the next,” Cheng said.

Just two days before the Lunar New Year, a five-alarm fire set ablaze at 70 Mulberry Street, the heart of Manhattan’s Chinatown. Originally an elementary school back in 1891, the red brick building was most recently being used to house many social and cultural organizations, such as a dance studio and a senior citizen center. Of these various cultural institutions, none are more well-known as the Museum of Chinese in America (MOCA).

The museum, currently located just a few blocks away, originally started out in that same elementary school in the 1980s. MOCA remains one of the nation’s largest and most important museums for portraying the rich, diverse, yet disheartening histories and experiences of Chinese-Americans. Once the museum moved into its current building in 2009, the old building’s second floor was still used for the museum’s vast and expansive archives and collections, housing nearly 85,000 artifacts.

The fire began on the fourth floor, and spread rapidly throughout the brick building. Fire raged through the top floors of the building, and rampaged throughout it for over twenty-four hours, going into Friday night. The intense inferno burst through the building’s windows and caused the roof to collapse. The flames were so severe for FDNY firefighters that they could only attempt to control the fire from the building’s exterior. As city officials are still investigating the cause of the fire, the near annihilation of the building shook and devastated the entire Chinatown community within an instant.

“Chinatown is a place I’ve been connected with since birth, and to have something as serious as a fire is almost unthinkable to me,” said Kevin Cheng ’21.

Not all hope is lost, as the recovery effort to retrieve artifacts from the building by city workers began on January 29th, 2020, and it is still ongoing. As 40,000 of the artifacts were digitalized before the fire, slowly but surely, hundreds of boxes of artifacts have been recovered. While nearly two hundred boxes remain largely undamaged and in retrievable condition, where they were sent directly to the current museum building, that simply is not the case for the majority of MOCA’s collections and archives.

“The first thing I thought when I heard about this fire was ‘There’s no way this happened,’” said Kevin Cheng ’21.

Over two hundred boxes have gone immediately to Allentown, Pennsylvania in order to preserve the condition of the artifacts. The artifacts are stabilized in freezers, then freeze-dried as a means of reversing and mitigating the possible damage. Although the fire did not burn through the museum’s archives, the staff fear that the water damage, soot, and potential mold growth could endanger the very existence of these artifacts.

The volunteers and museum staff are still a long way away to recovering the entire collection. These few hundred boxes only represent a sliver of the museum’s expansive collection that is now under jeopardy. The museum’ president, Nancy Yao Maasbach, predicts that the campaign to recover these artifacts will be very costly, and may reach upwards of hundreds of thousands of dollars. The GoFundMe page started by the museum has raised nearly $400,000 as of mid February 2020, showing the sheer significance the museum holds in New York and to Chinese-Americans.

Each and every artifact within MOCA’s archives and collections tell a unique and individual story. Spanning nearly 160 years worth of history, these artifacts hold great cultural significance to the history of Chinese-Americans, and to the Chinatown community. Many of these artifacts were donations from local families, hoping to maintain and preserve the history of their experiences. Ranging from restaurant menus and signs, to old sewing machines, each of the relics encapsulate a different aspect of Chinese American history. Some artifacts tell the stories of when the Chinese Exclusion Act was passed in the 19th century, while others tell of the vast artistic vibrancy of Chinese Americans during times of strife and exclusion from American society.

Despite this devastation, hope remains for the future of MOCA, Chinatown, New York, and the Chinese-American population. “It’s frightening to think that you could walk past a building one day, just to see it in ashes the next,” said Cheng.
“The first thing I thought when I heard about this fire was ‘There’s no way this happened,’” said Kevin Cheng ’21.