The former media mogul has been sentenced to twenty-three years in prison. 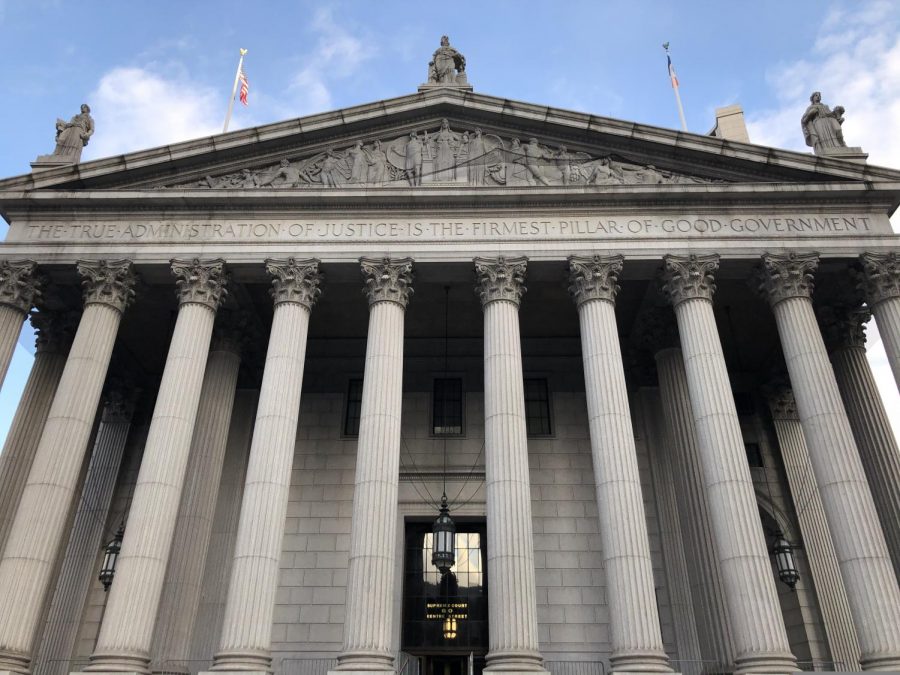 Harvey Weinstein’s trial was held at the State Supreme Court in Manhattan.

It’s the hashtag that signifies the social media movement that has given thousands of women a voice, changed Hollywood, and ended the careers of countless sexual assault perpetrators. The movement first started in October of 2017 when The New York Times published an article revealing stories from dozens of women who were sexually harassed or assaulted by media mogul and Miramax co-founder, Harvey Weinstein.

In February 2020, more than two years later, Weinstein faced six of his accusers in court, as well as the possibility of life in prison. Although more than ninety women have publicly accused Weinstein of misconduct, only a handful of his behaviors qualified as criminal offenses under New York State law. Fewer still were the women who were willing to testify in court.

Although Annabella Sciorra testified against Weinstein as well, her alleged rape is only being used to support the count of predatory sexual assault, the most severe charge that would have meant a life sentence for Weinstein if he was convicted. Dunning, Young, and Wulff also served as “prior bad acts” witnesses. By establishing a pattern of predation, they helped the prosecution prove that Haley and Mann’s encounters with Weinstein were non-consensual.

One of the most notorious depictions of the trial was the image of Weinstein walking into the Lower Manhattan courthouse using a walker, allegedly as a result of his recent back surgery. This is just one example of Weinstein portraying himself as a victim. The New York Times wrote that Weinstein felt “dazed” by what unfolded and he still believes that his encounters with the women were consensual. His lawyers are using this narrative to his defense. One of his attorneys, Donna Rotunno, has made it clear that she believes Weinstein was used by young women hoping to make their way into the entertainment industry. Rotunno has spoken out against the #MeToo movement, arguing that most often those accused have their lives ruined based on claims and not substantial evidence.

This claim seemed to have touched home with the jury. On February 24th, 2020, they came to a verdict, convicting Weinstein on the minor charges of criminal sex act in the first degree and rape in the third degree. Although Weinstein escaped the charge of predatory sexual assault, he will still face twenty-three years in prison. The jury’s decision suggests that they did not believe the account of Annabella Sciorra, which, in addition to Miriam Haley’s story, would have been enough to convict Weinstein on the predatory sexual assault charge.

Many Bronx Science students have their own opinions of the verdict. “The testimonies demonstrated that he [Weinstein] was guilty; the minor charges were essentially the major charges. I don’t think this is indicative of the #MeToo Movement’s ability to generate change. It just demonstrates that the criminal justice system needs to be overhauled and people’s attitudes need to change a lot more,” said Carolyn Chui ’22.

Even though Weinstein was not convicted on all of his charges, his trial has demonstrated the power of the #MeToo movement. The basis of the trial involved six women’s stories; rather than providing physical evidence, they were able to convict Weinstein by recounting their experience. Before 2017, jurors never would have relied on the stories of sexually assaulted women, but this trial forced jurors to do exactly that.

Weinstein is also facing trial in Los Angeles based on the claim of an unnamed Italian actress, who is accusing Weinstein of raping her. However, Weinstein’s future is still uncertain due to the ongoing Coronavirus pandemic and the rumor that Weinstein himself contracted the virus himself last month. Although he reportedly did not display any symptoms and it was never confirmed if he was ever tested, he was moved to a facility in upstate New York and was last reported to be in isolation.

The #MeToo movement extends beyond Hollywood; the movement has caught on globally. The French version of the hashtag, #BalanceTonPorc, has helped to create legislation that imposes fines and punishment for street harassment as well as extending the statute of limitations on sexual assault cases.

Furthermore, China and Japan have recently taken unprecedented measures to stop sexual harassment in the workplace, which was previously legal. These are just three examples of the many countries that have seen their own versions of #MeToo reflected in new legislature and in the beliefs of their citizens. Holding Weinstein accountable  is just the beginning; as these women’s voices help shape legislation around the world and change the attitude towards sexual harassment, thousands of women will soon receive justice.