Students at top universities around the nation call upon their administrators to “Divest!” from fossil fuels. 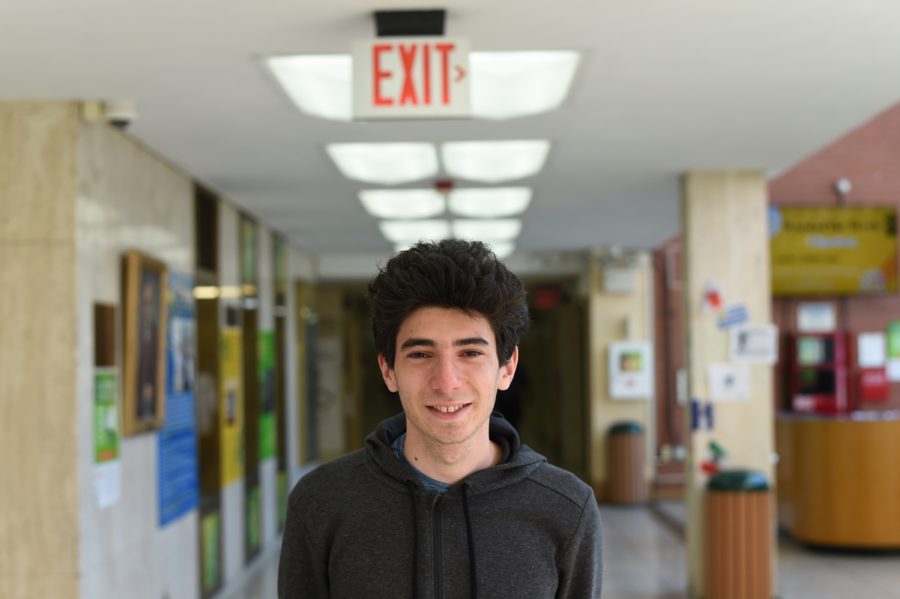 Shmuel Padwa '20, class of 2024 at Harvard University, believes that Harvard will probably divest from fossil fuels as it is not in their economic interests. “Money, connections, and much more rest on Harvard's connection to these industries. Should they (divest)? Yes. Will they (divest)? Doubt it,” Padwa said.

2020 is a year defined by rising sea levels, raging wildfires, and rising global temperatures. As such, there has been an increase in awareness and concern about the dangers of fossil fuels which have generated a demand for accountability.

Many youth today believe public and private institutions are liable to taking steps to solve global warming. One solution is holding colleges responsible for contributing to climate change through their investment of fossil fuels. “I am absolutely in favor [of colleges divesting]. All fossil fuels pose an enormous threat to the wellbeing of the general populace and to the planet itself. Fossil fuels contribute to resource exploitation that drives recurrent economic crises and the destruction of people in developing countries’ livelihoods,” said Isaac Rjavinski ’20. Although divest movements are not new, they have gained more and more traction as the ecological situation worsens. More and more colleges have divested, or pledged to. However, others remain stubborn. Ivy league schools, with their massive endowments, have become one of the biggest forefronts of the battle to divest.

Harvard University, which has a whopping 40.9 billion dollar endowment, the largest of all U.S. colleges, is the most reluctant to divest. “Divest Harvard” was formed around eight years ago and gained support from students and alumni alike, including notable figures such as Al Gore and Timothy Wirth. In 2017, 300 faculty members signed a petition asking Harvard’s dean to divest from fossil fuel stocks, however they only represent 14% of all faculty. Regardless, the student body has been adamant about getting Harvard to divest. Students have held protests blocking entry into certain buildings. Their student newspaper (The Harvard Crimson) released an editorial (click HERE to read it) stating divestment is a moral obligation, and while their school did not lead the  movement, it should follow in example of other schools that have divested. In 2020, there has been an increase in faculty boards voting on the divestment proposal. Recently the Faculty of Arts and Sciences decided to vote 179-20 in favor of the proposal while the Medical School Faculty is slated to vote soon.

In regards to the most recent petitions and faculty votings, Lawrence Bacow, the President of Harvard University, refuses to divest, stating that divestment would be unwise financially. “The endowments of these universities are essentially privately run businesses seeking to expand their wealth, and so long as it remains profitable, they will no doubt continue to do so. Harvard isn’t stupid. I hop they are aware of the consequences of fossil fuels, but their endowment exists to grow itself,” said Shmuel Padwa ’20.

Harvard’s dependence on alumni support as well its connections to the fossil fuel industries complicates its actions.  “Harvard has some vested alumni support from big oil and such. A lot of Harvard Corporation folks like David M. Rubenstein, Paul J. Finnegan, and Timothy R. Barakett have some pretty major past connections to the oil industry. Also, a fair number of oil CEOs and higher ups have Harvard on a diploma. Harvard Corp. (the financial side of the university) clearly has a vested interest in keeping its alumni, especially the rich members, happy, so it isn’t surprising that they are afraid to back away from rich interests,” said Padwa ’20.

Regardless of Harvard’s ties to the industry, its leadership in developing green technologies is seen as hypocritical in the minds of many concerned climate activists. “It is a form of hypocrisy, the development of green tech is not a panacea to climate change but just an element of how we ought to make broad structural economic changes like divestment. Large private universities have immense purchasing power with their large bursaries and the way they spend their money matters, so divestment from fossil fuels is of the utmost importance to signal that we as a society will not continue to endorse the production and use of fossil fuels,” said Rjavinski ’20. The contradictory actions of universities can be attributed to differences in priorities. “You have the science and technology part of Harvard developing green technology, and the business/corporation part of Harvard investing in fossil fuels. It is pretty ironic,” said Padwa ’20.

Other colleges, like Stanford, have chosen to only divest from coal stocks, but support for a complete divestment has been increasing. “I plan to join ‘Divest Stanford.’ I think they ought to divest from all fossil fuels, not just coal. Despite coal divestment being a definite improvement from the status quo, Stanford absolutely has an obligation to divest from all other fossil fuels like natural gas and petroleum for both environmental and geopolitical reasons, i.e. halting rights abuses for oil in Africa or the Middle East,” said Rjavinski ’20.

Many college students have an optimistic view of the divestment movements. “I believe that with enough pressure it is possible since at the end of the day, divestment is the right thing to ensure the wellbeing of Stanford students and alumni. In order to keep alumni donations flowing, the economy will have to grow too and at present climate change is a massive barrier to potential growth. Harvard ought to listen to reason and the facts – the sustainability of future economies are more important than immediate growth in bursaries,” said Rjavinski ’20.
“It is a form of hypocrisy, the development of green tech is not a panacea to climate change but just an element of how we ought to make broad structural economic changes like divestment. Large private universities have immense purchasing power with their large bursaries and the way they spend their money matters, so divestment from fossil fuels is of the utmost importance to signal that we as a society will not  continue to endorse the production and use of fossil fuels,” said Rjavinski ’20.