You Can Eat Plant-Based, We BeLEAF in You!

How Bronx Science students and teachers respond to the growth in plant-based foods and veganism. 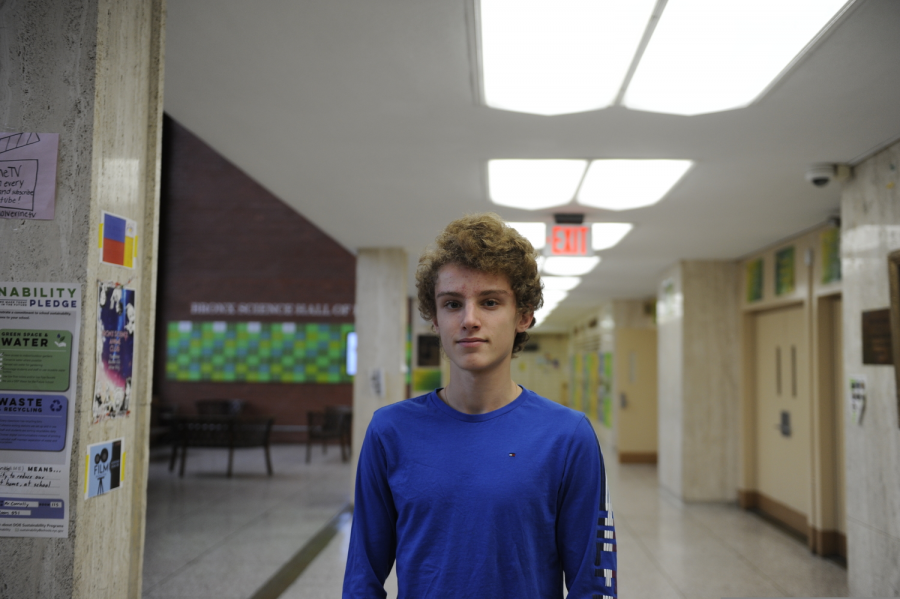 Daniel Dultsin explains his choice on becoming vegan. “I saw the horrific footage of what happens inside slaughterhouses and animal farms. Seeing this, I decided that my taste buds were really not worth the lives and suffering of animals,” said Daniel Dultsin ’22.

The global phenomenon of veganism and plant-based foods has increased sevenfold in the past decade. People have decided to change their diets for a variety of different reasons. “My reason is very simple and very personal. I do not believe in killing animals,” said Dr. Scott Savaiano, a history teacher here at Bronx Science. If everyone in the world went vegan, the world would save 8 million human lives by 2050, greenhouse gas emissions and health care costs would be reduced, and the cost of climate efforts would be cut by 1.5 trillion dollars, according to the Vegan Society. However, there are obstacles deterring people from going vegan or eating plant-based.

For many students at Bronx Science, switching to a plant-based diet or going vegan is simply impractical. With extensive coursework and extracurriculars, it can be difficult for students to implement something new into their routine. “I have a pretty fast metabolism and need quite a bit of energy to get through the day, especially with the fact that I do dance for over nine hours a week,” said Chelone Laws ’22. “I just can’t give up meat. Also, trying to find options to fulfill my protein requirement would be really tough due to the fact that I’m allergic to all nuts.” Laws brings up another good point: other dietary restrictions and allergies. Juggling multiple dietary restrictions would undoubtedly be challenging for many Bronx Science students. Other students simply haven’t tried a vegan or plant-based diet before because they are accustomed to the way they normally eat. “I eat meat everyday,” said Subah Mehrin ’22.

Those that make the choice to eat plant-based tend to do so for health and environmental purposes. “I saw the horrific footage of what happens inside slaughterhouses and animal farms. Seeing this, I decided that my taste buds were really not worth the lives and suffering of animals. My decision was also supported by the toll animal products have on our health and the environment,” said Daniel Dultsin ’22.

Dultsin recommended the blogger and influencer “Peace By Vegan,” an animal liberation activist named Ryuji Chua. Responding to the question of why humans shouldn’t eat meat when even lions do, he stated, that lions, besides killing their children, also attack other lions. Thus, why should we base the human moral compass off of that of animals?

Unsurprisingly, with all the new developments in food and the rise in use of social media platforms, vegan and plant-based blogs have found more ways to replicate dishes that normally contain animal products, therefore increasing the variety of delicious vegan options. Dr. Savaiano recommends “Finding Vegan,” a blog with a plethora of vegan versions of common dishes, like vegan fettuccine alfredo and vegan bacon grilled cheese sandwiches. Because of such blogs, non-meat eaters don’t have to miss out on a lot of the food they would otherwise have to give up.

Many fast food restaurants, including Burger King, have taken the extra step to cater to plant-based diets. When the Burger King’s Impossible Burger first came out, people were shocked at the patty’s uncanny resemblance to meat. “It has been a long time since I have had a Whopper made from animals, but I thought it tasted the way I remember Whopper’s tasting from back then,” said Dr. Savaiano, “Of course to make it vegan I had to order my Impossible Whopper without cheese and mayonnaise.” Despite the excitement from many, there have also been a few issues.  A recent lawsuit against BK alleges that the Impossible Whopper was contaminated with meat residue from the grills, since Burger King cooks the Impossible and normal whoppers on the same grill.

However, not everyone agrees with the lawsuit taking place. “I don’t blame BK as they probably didn’t have much knowledge on veganism,” said Dultsin. Teachers take a similar stance. “I do NOT agree that there should be a lawsuit about this. Vegans should always try to persuade through the power and attraction of our convictions, demonstrating to others that it is possible to eat only plants and be a happy eater and a satisfied person when it comes to diet and clothing,” said Dr. Savaiano.
Those that make the choice to eat plant-based tend to do so for health and environmental purposes.